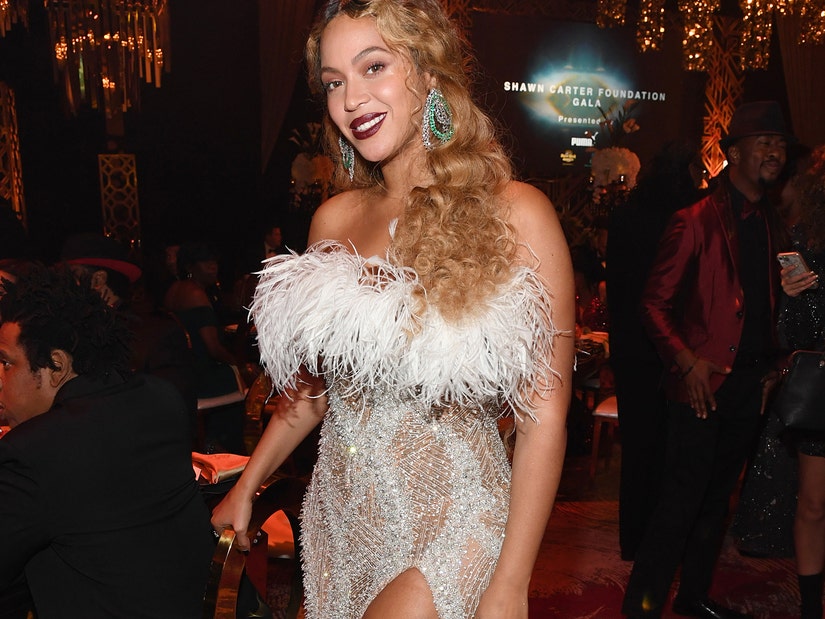 Knowles hopes her new music "inspires you to release the wiggle ... and to feel as unique, strong, and sexy as you are."

Beyonce Knowles has a Lady Godiva/Bianca Jagger moment on the just-released cover art for her upcoming album, "Renaissance."

The singer shocked fans by tweeting for the first time in more than two years on Thursday, sending out the image to her 15.4 million-strong Beyhive alongside the album's July 29 release date.

The picture finds Knowles showing some skin as she sits atop a radiant, clear horse. The image appears to be a reference to Lady Godiva -- who, according to 13th century legend, rode nude through town on horseback.

It could also be seen as a nod to Bianca Jagger, who famously rode a horse at Studio 54.

Knowles was also photographed on a horse for her British Vogue spread earlier this month, which  included a picture of his sitting on a disco ball as well -- leading some to believe we're getting a disco album from Queen Bey.

"Creating this album allowed me a place to dream and to find escape during a scary time for the world," Beyonce captioned the same cover shot on Instagram. "It allowed me to feel free and adventurous in a time when little else was moving."

"My intention was to create a safe place, a place without judgment. A place to be free of perfectionism and overthinking. A place to scream, release, feel freedom," she continued. "It was a beautiful journey of exploration. I hope you find joy in this music. I hope it inspires you to release the wiggle. Ha! And to feel as unique, strong, and sexy as you are."

While Beyonce herself didn't say too much in the Vogue profile, the publication's Editor-in-Chief Edward Enninful described hearing some of her music for the first time.

"Instantly, a wall of sound hits me. Soaring vocals and fierce beats combine and in a split second I'm transported back to the clubs of my youth," he wrote. "I want to get up and start throwing moves. It's music I love to my core. Music that makes you rise, that turns your mind to cultures and subcultures, to our people past and present, music that will unite so many on the dance floor, music that touches your soul. As ever with Beyoncé, it is all about the intent. I sit back, after the wave, absorbing it all."

"Renaissance" is her first album since The Carters' "Everything Is Love" and 2018 and her first solo project since 2016's "Lemonade." Her first single, "Break My Soul," is out now.