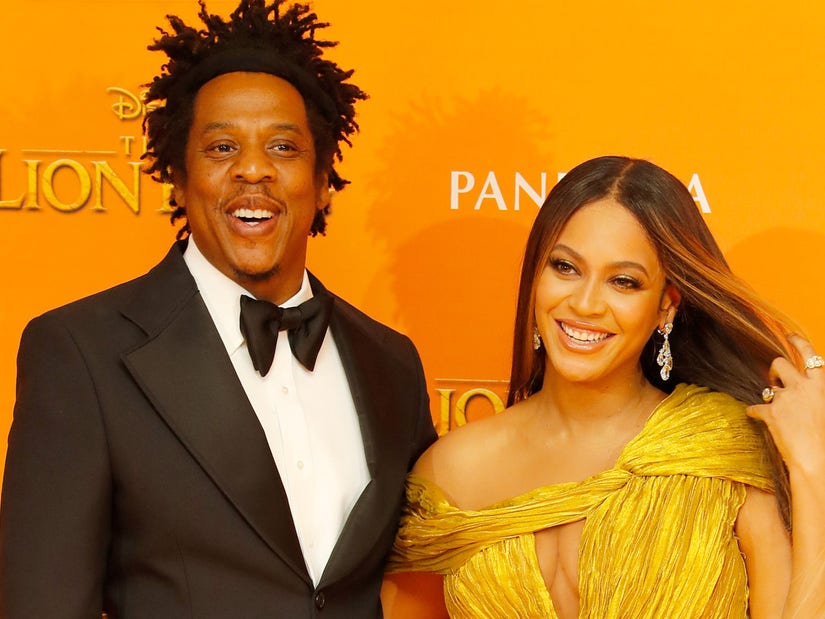 "It's everything I've always dreamed of but didn't know could be possible in this way."

Who says weddings have to be a once in a lifetime opportunity? For some lucky couples, they get to experience it all over again when they walk down the aisle to renew their vows. Saying "I do" for the second time allows these couples to reaffirm their love for one another and gives them the chance to once again celebrate with their closest family and friends.

Of course, plenty of famous couples have jumped at the chance to commemorate their love for the second time. While most of these vow renewal ceremonies were more low key than the usual celebrity affair, these stars say it was even more meaningful than their real wedding day.

After a decade of marriage, Sam and Aaron Taylor-Johnson decided to tie the knot for the second time. The couple celebrated the occasion with their closest friends and family, sitting down for a meal before dancing the night away.

"Yesterday was the most beautiful day, summer solstice, our 10th anniversary… we renewed our vows to one another and confessed our love in front of our nearest and dearest friends and family it was a celebration of love and joy! A decade of marriage. It was a magical unforgettable day and the sun did not stop shining on us both.. we are blessed beyond belief. ❤️ Sammy you are my love, my life, my soulmate, my wife, my world!" Aaron wrote on Instagram.

Beyoncé and Jay-Z have renewed their vows on two separate occasions. In 2014, the couple reportedly said "I do" during a family vacation in Corsica, celebrating on a private beach. Then in 2018, the couple marked 10 years of marriage by renewing their vows once again. The duo shared footage from the ceremony during a concert and Beyoncé later reflected about it on Instagram.

"At 36, I became a new mother of three. I breastfed my twins. I renewed my vows with my husband of 10 years…This year has been monumental for me…I'm looking forward to continuing to learn from my past, living in the present, and surrendering to the future," Beyoncé wrote.

In honor of their 10th wedding anniversary, Stephen Curry surprised his wife Ayesha with a backyard vow renewal ceremony. He picked out all the details, including the beautiful dress Ayesha wore as they said their vows in front of their children.

"A couple of weeks ago @stephencurry30 surprised me with the most beautiful vow renewal ceremony. He even picked out my dress for me and had it waiting 😭. Our big girl Riley officiated and Ryan and Canon walked me through the grass of our backyard. It's everything I've always dreamed of but didn't know could be possible in this way. A moment I will never forget. I love you @stephencurry30," Ayesha wrote on Instagram.

Salma Hayek also got a surprise when she found out her husband Francois-Henri Pinault had prepared a vow renewal ceremony during a trip to Bora Bora. The couple shared photos from the event on Instagram, where they both could be seen wearing flower wreaths.

"The summer is coming to an end and my best moment was when my husband surprised me with a vow renewal - it was not what I would have chosen to wear to my wedding but I was told I was going to the spa! #luckyinlove #wedding," Salma captioned the photos.

Viola Davis and her husband Julius Tennon originally tied the knot in 2003 but 13 years later, they decided to say "I do" again on Valentine’s Day. She shared a photo from the couple's vow renewal ceremony along with a quote from John Updike that read, "We are most alive when we're in love."

In 2017, Alec and Hilaria Baldwin renewed their vows on their fifth wedding anniversary -- which they jokingly said they were using as an "excuse to have cake and wine" with their friends and family. The couple said "I do" in front of their loved ones in an outdoor ceremony before celebrating with a meal.

"You think, like, once you get married, everything's like, you're done. But it's really good to say, 'Hey I'm still in this,'" Hilaria explained.

David Beckham once revealed that he and his wife Victoria renewed their vows, although he didn't share just when. He did reveal that it all went down at their home and it was a lot smaller than their 1999 wedding.

"We have renewed our vows since [our first wedding]. It was a lot more private, about six people there in our house," David said in an interview with BBC Radio 4's Desert Island Discs.

Matt Damon and his wife Luciana Barroso originally tied the knot in a courthouse ceremony in 2005 but decided to do something more elaborate when they renewed their vows in 2013. The couple headed to St. Lucia along with their 50 closest family members and friends, where they said "I do" for the second time.

"It's nice to say your vows in front of family, that's the point of taking the vows. These are people who will hold you to them. One of my vows was I gave her the side of the bed closer to the bathroom. And if I don't stick to that, I'm gonna hear about that from my mom, brother and father," Matt joked about their vow renewal.

In 2021, Donnie Wahlberg surprised Jenny McCarthy with a backyard vow renewal in honor of their seventh wedding anniversary. Donnie shared photos from the intimate ceremony, where his friend Reverend Ray McElroy officiated the ceremony.

"#HappyAnniversary Jenny! Seven years — no itch! I love you more than ever, Mrs Wahlberg. To be blessed with a partner whose goal is to make sure that I love myself more and more each day — is to be truly blessed. Thank you for holding me down, while always holding my kite string and letting me fly. You are my soul mate in every way. My heart is overflowing with gratitude, appreciation and unconditional love, for you. I love you Lady…So grateful to be able to "renew" gods amazing blessing for another year. On to forever," Donnie wrote.

Ahead of Sharon and Ozzy Osbourne's 35th anniversary, they decided to renew their vows in a private Las Vegas ceremony. Ozzy later explained that he now considers the ceremony to be their real wedding.

"For me, this was actually our real wedding day. This is the one that I will remember. Sharon and I have been through so much, and this honestly feels like a new beginning," Ozzy told HELLO! Magazine.

In honor of their 10th anniversary, Bruce Willis and Emma Heming decided to renew their vows. Their entire family was on hand to celebrate, including Bruce's ex-wife Demi Moore.

"We said, we do, again, 10 years later 💞💍 #happyanniversarymylove," Emma wrote on Instagram.

Before Heidi Klum and Seal went their separate ways, they were no strangers to renewing their vows. The couple decided to say "I do" on their wedding anniversary every year and each time they had a theme, including a "trailer trash" affair.