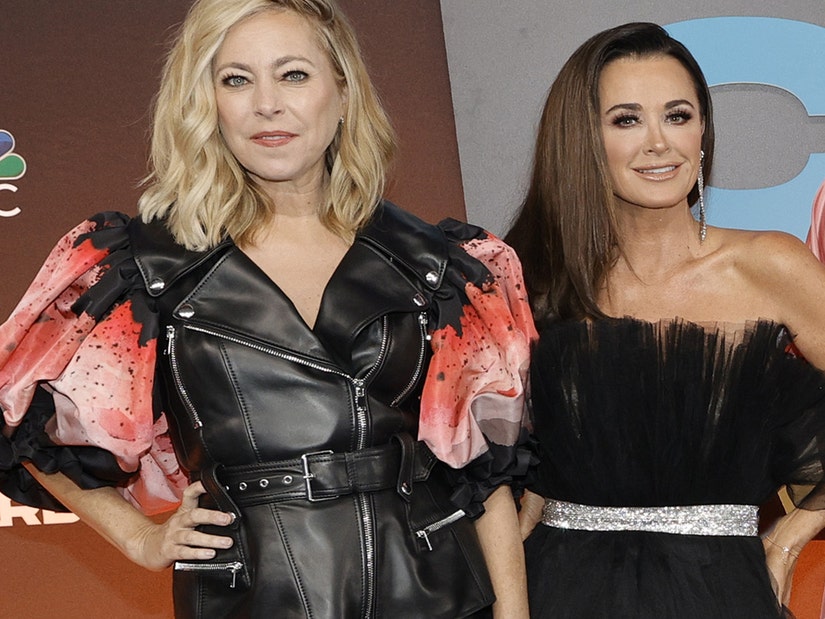 "I obviously had a few drinks and didn't express myself clearly & I was disappointed in the way I handled myself altogether."

Kyle Richards is speaking out, after she faced backlash for appearing to question Sutton Stracke revealing two past miscarriages on "Real Housewives of Beverly Hills."

During a fight between Sutton and newcomer Diana Jenkins, Stracke tried to relate to her costar -- who recently suffered a miscarriage before filming began -- by saying she too had two miscarriages.

Kyle says Sutton is lying about having two miscarriages… pic.twitter.com/yurctw61hd

Stracke was blindsided by Richards' pushback on the issue, telling her she was just trying to be "compassionate," before Sutton and Diana continued to go at it. When the miscarriages came up again, Kyle said, "She lost a baby, you did not. Maybe years ago, I don't know, this is recent." Sutton called Richards' comments "the meanest thing you've ever said to me in my life."

Kyle caught some serious backlash on social media for appearing to question Sutton's miscarriage comments after the episode aired and, on Tuesday, said she had apologized to Stracke already and tried to explain where she was coming from.

"Let's address my comment to Sutton. When Diana was sharing her story about having a miscarriage I was taken aback because I felt like Sutton wasn't letting Diana have her moment to share what she had just recently gone through," wrote Kyle.

"I obviously had a few drinks and didn't express myself clearly & I was disappointed in the way I handled myself altogether," she wrote.

"When I woke up the next morning, thought about what happened the night before and I realized that maybe Sutton was sharing her story with Diana to connect with her in some way," Richards continued.

Kyle said she "immediately called Sutton and apologized to her," adding that she considers Stracke a "close friend" for whom she cares deeply. "Sutton accepted my apology and we moved on."

Richards also took a moment to address another clip released from tonight's new episode, after she also faced backlash for her reaction to Erika Jayne cursing out Garcelle Beauvais' son Jax at the latter's birthday party. See that story here!