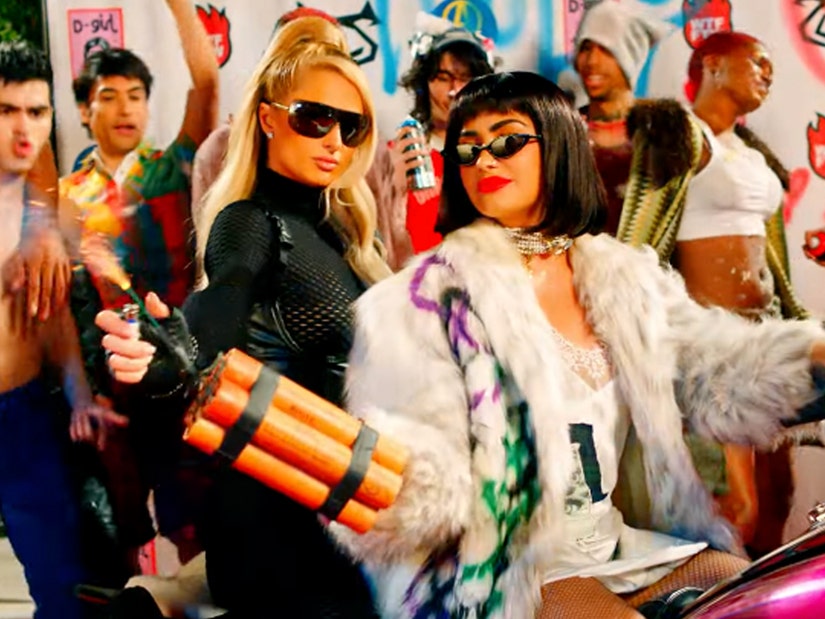 Demi Lovato is recovering just fine after finding out how strong crystals can really be.

During an appearance on "Jimmy Kimmel Live," the 29-year-old singer opened up about how they suffered from a crystal-related injury before appearing on the talk show and gave an update on their condition.

Lovato explained to guest host Mark Rober, "I was picking something up off the floor that I dropped. I'm a huge fan of crystals, I have an amethyst that is literally about this tall," they said while gesturing to the height of the table.

"It's just really heavy and the pieces are sharp. Anyways, I went to bend down and pick something up and I didn't see the amethyst, and I hit my head. I had to get three stitches in my face," Lovato quipped.

Demi quickly called their doctor ... and then immediately hit social media to share with their fans. "I did what any sane person would do and I made a TikTok before I even told management," they said with a laugh.

The "Confident" artist hid the injury on the show with a banged wig.

During their appearance, Lovato also performed their new single "Substance" and dropped the music video for the track as well. In a press release, Demi's label said the video is filled with "nods to the late 90s and early 2000s pop-punk music videos but with a modern twist." Paris Hilton also makes a cameo.

"I'm so excited," Lovato said of their new single. "When I started out making music in this industry, it was pop rock and I was a huge fan of the Warped tour days, the emo days, and all that stuff. So I'm just going back to that."

"I'm so excited to share another taste of what's in store for this album. We can all relate to searching for something more in life, and I want this song to make you feel like you’re having a damn good time while doing it," the singer said in a statement.