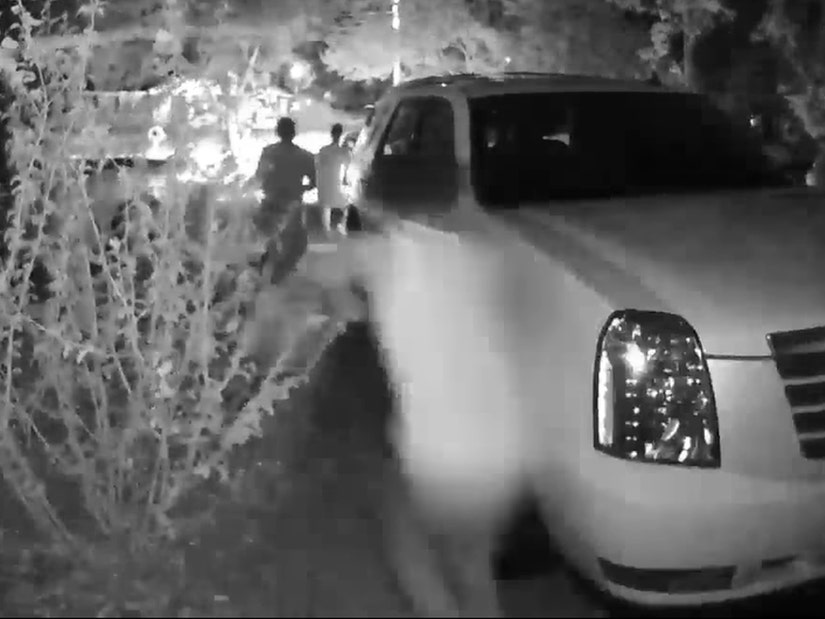 "Is the homeowner going to be charged for shooting at these people? Absolutely not," say police.

Four men booked it from the scene of a home invasion in Florida after the homeowner began firing on the intruders with a rifle -- and it was all caught on camera.

This week, the Escambia County Sheriff's Office released Ring footage to social media as they asked for help identifying and locating two of the suspects from a July 7 home invasion. In the video, three men are seen in front of the victim's home, with two of them pushing inside the house when he opens the door. The third man -- who has yet to be identified by authorities -- can be seen taking a gun from his pants while waiting outside.

Shortly after, the other two run back out of the house and all three book it to a car waiting in the driveway as gunshots can be heard.

Per police, "during this home invasion, the victim's pistol fell to the ground and was picked up by one of the invaders. The victim ran to the back room of the house where he had another firearm and began firing at his intruders."

According to authorities, per Fox News, the home owner's second gun was an "AK-47-style rifle."

"The three ran franticly from the home to their vehicle where the fourth suspect, Joseph Sanders, was waiting and drove off, hitting a nearby mailbox," added police in a statement.

"He did absolutely nothing wrong," Escambia County Sheriff Chip Simmons told "Fox & Friends First" on Thursday. "If someone breaks into my front door, barges and attacks me or my family, they're going to get shot, and I afford that same consideration to the residents of my county." 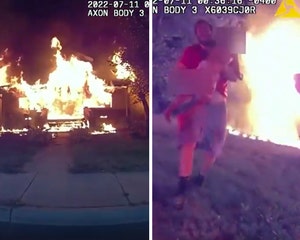 "So those you who might ask a question, is the homeowner going to be charged for shooting at these people? Absolutely not," he also told WFLA. "The homeowner is protecting himself and in Florida and Escambia County, you can protect yourself."

So far, two of the men -- Da'Torrance Hackworth and Antonio Dewayne Dean Jr. -- have been arrested for use/display of a firearm during a felony, possession of a firearm by a felon, larceny, grand theft of a firearm, and robbery/home invasion with a firearm.

The driver is wanted for home invasion with a firearm, while authorities need help identifying the fourth suspect, who is circled in the video above.