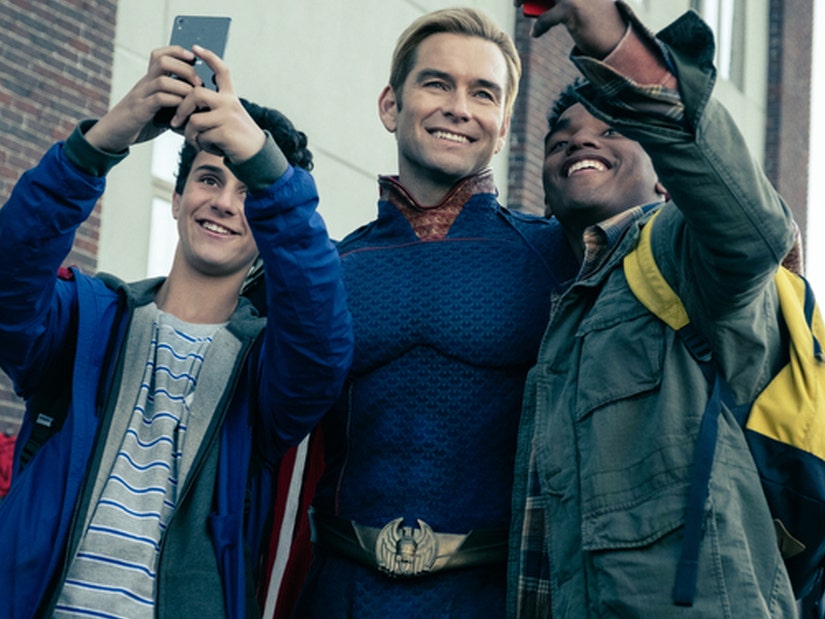 "This will rock your socks off," promised Patrick Schwarzenegger.

More supes are headed to Prime Video, as the streamer announced the name of its upcoming "The Boys" spinoff: "Gen V."

The title, of course, is a play on Gen Z and is a reference to Compound V, the serum that gives those who take it special powers.

A press release announcing the name also came with a new logline for the series, which will take place at "America's only college exclusively for young-adult superheroes (run by Vought International)." The show is described as "an irreverent, R-rated series that explores the lives of hormonal, competitive Supes as they put their physical, sexual, and moral boundaries to the test, competing for the best contracts in the best cities."

"It's part college show, part 'Hunger Games' -- with all the heart, satire, and raunch of 'The Boys,'" promises the release.

"I am super excited to be a part of Gen V," said Luh, as Sinclair echoed his sentiments, adding, "and I'm so excited for you to watch it."

"It's got everything 'The Boys' has, the intensity, the grit, the humor," added German, before Broadway teased, "it's gonna be a roller coaster ... filled with blood, guts and everything else."

"It's f---ed up, you're gonna like it," added Perdomo. Promised Schwarzenegger: "This will rock your socks off."

The show is currently in production.