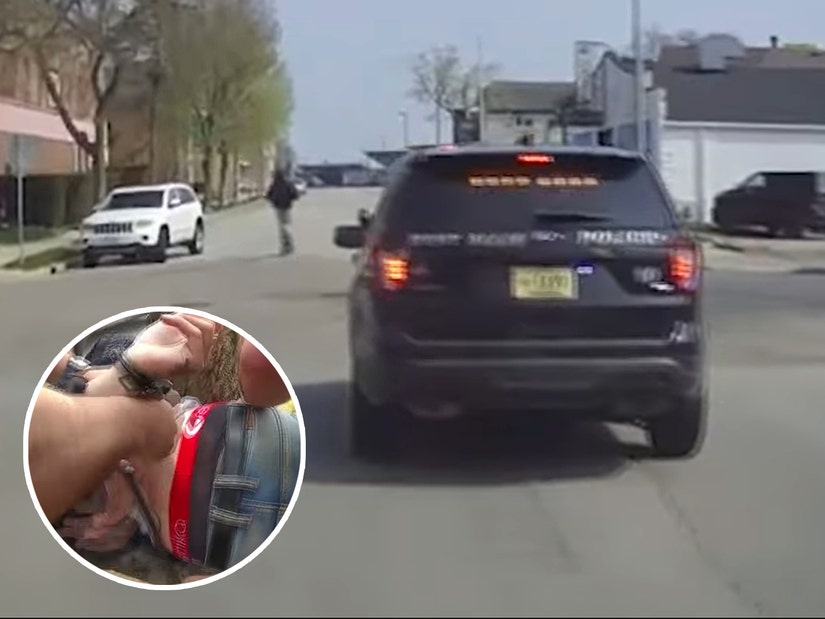 Five patrol cars reportedly joined the chase, before the suspect was taken down on foot.

After a Wisconsin man made headlines back in May for leading local police on a high-speed chase while atop an electric scooter, dashcam footage from the pursuit has finally been released.

West Allis police shared the video with WSIN News, starting from the moment cops clocked the 21-year-old suspect going 40mph around 10 in the morning on May 10, 2022. They immediately started to follow the man, sirens blaring, as they told him to "pull the scooter over" over their PA system.

The man kept on trucking, however, as up to five cruisers joined the chase -- running through stop signs and red lights and riding on the sidewalk as he reportedly sped along as speeds from 25-35 MPH.

"Stop dude, you're gonna get messed up, man!" police could be heard shouting at him over speakers. "Don't make this worse than it is. Get off the scooter. Stop!"

Eventually, it turned into a foot race as police ran after him alongside some train tracks -- where he was finally apprehended. "I'm not resisting," he can be heard saying in the video, as police tell him, "Why would you run like that? Are you stupid? Think this is a game?"

He again says he's "not going to resist," while cops respond, "You did, for like 20 minutes!"

While he was arrested for eluding and resisting an officer, the Milwaukee County District Attorney's office didn't press charges and reportedly put the man in an early prevention program.

According to WSIN, the man said he was on his way to pick up his girlfriend when the chase occurred.