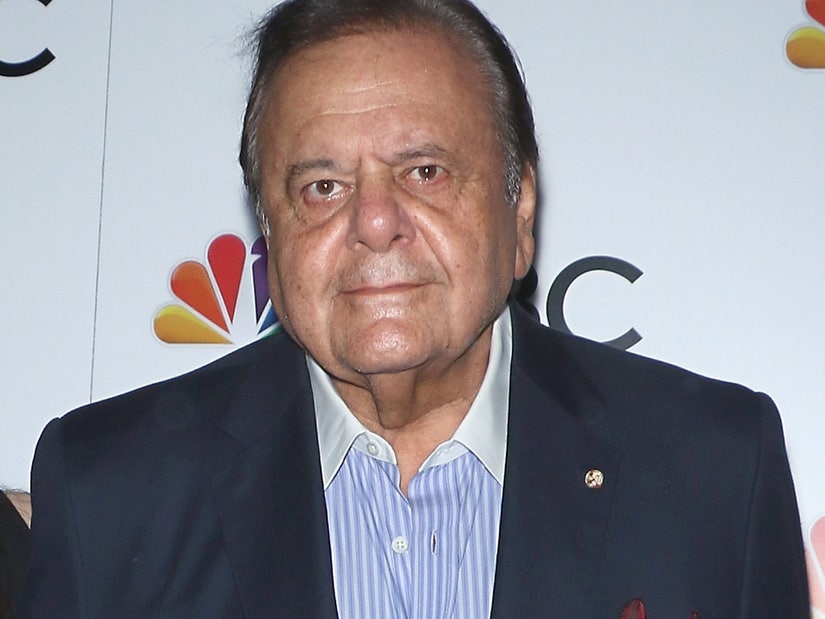 "Because if we come across [one another], I think he'll be lying on the floor somehow, magically."

Videos of the late Paul Sorvino offering to handle Harvey Weinstein have resurfaced.

The actor, who passed on Monday of natural causes at age 83, has received an outpouring of love from fans, family, and friends.

Amid the public mourning of the "Goodfellas" star's death an old clip of him from a 2018 Golden Globes event has resurfaced.

Paul Sorvino discussing the treatment of women (including his daughter) in Hollywood. He’d have dealt with Harvey Weinstein personally given the chance.

A good man. His eyes always made me feel emotional. RIP. 🤍🕊 pic.twitter.com/TqKsHjVf2a

In the footage, Sorvino discusses Weinstein. Paul's daughter, Mira Sorvino, was one of the disgraced movie mogul's accusers ... and let's just say her father had some thoughts on the serial sex offender.

"It is reprehensible beyond description that women have been treated in this manner," he said while speaking with local news outlet KCAL9.

"When you've had a phenomenal mother like I had, you are automatically a feminist," Sorvino said. "That's why I have this wonderful wife."

He went on to add, "The reality is, anyone who takes advantage of women should be publicly strangled and I'll volunteer."

Meanwhile, a clip of TMZ speaking with Sorvino about Weinstein has also resurfaced on Twitter, with one share garnering nearly 1million views.

RIP Paul Sorvino 🙏…while everyone is posting Goodfellas clips here he is on Harvey Weinstein harassing and blacklisting his daughter Mira pic.twitter.com/vpaHqZVzkN

While speaking with TMZ back in 2018, he said: "If I meet [Weinstein] on the street, he oughta hope that he goes to jail."

"Because if we come across [one another], I think he'll be lying on the floor somehow, magically."

"He's gonna go to jail. That son of a bitch, good for him if he goes, because if not, then he has to meet me, and I'll kill that motherf–-er."

Mira spoke with The New Yorker in 2017 about her experiences with the Miramax mogul, describing how in 1995 he "chased her around" a hotel room. When she threw off his advances, he later arrived at her apartment and refused to leave.

Only when she had a friend arrive to pose as her boyfriend did he finally make his exit. She told the magazine, "I definitely felt iced out and that my rejection of Harvey had something to do with it," despite winning an Oscar in one of the films Miramax produced.

Meanwhile, Mira shared a tribute to her late father on Monday:

My father the great Paul Sorvino has passed. My heart is rent asunder- a life of love and joy and wisdom with him is over. He was the most wonderful father. I love him so much. I’m sending you love in the stars Dad as you ascend.