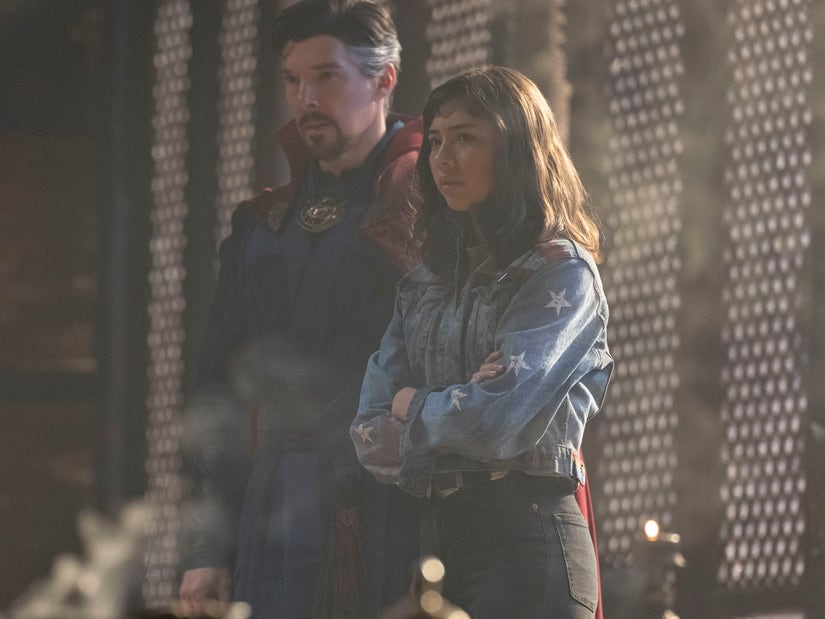 America Chavez also theorizes on her role in Phases Five and Six, before sounding off on guidance from Elizabeth Olsen and teaching the cast TikTok dances.

Going into the release of "Doctor Strange In the Multiverse of Madness," newcomer Xochitl Gomez couldn't say all that much about the movie -- which was filled with secret cameos and barely revealed Wanda as the main villain before it hit theaters.

Now that the film is out on home video, the 16-year-old teen who played America Chavez can finally spill a little more about her time on the set and theorize about her place in the Marvel Cinematic Universe going forward. 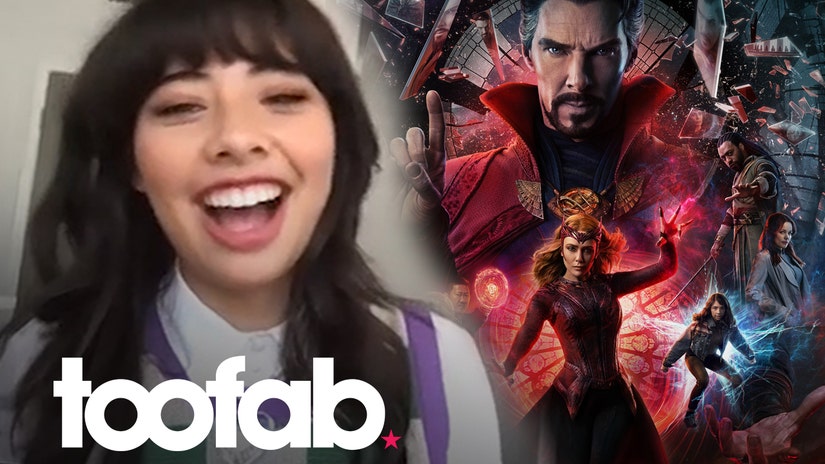 TooFab caught up with the actress after Marvel revealed some pretty big news about the future of the MCU at Comic-Con over the weekend, as first glimpses of projects like "Black Panther: Wakanda Forever" and "Guardians of the Galaxy Vol. 3" were revealed. Key dates and titles from Phases Five and Six -- which, when added to Phase 4, make up the 'Multiverse Saga' -- were also shared for the first time.

Check out our interview below to see what Gomez said she's looking forward to most in the pipeline, the advice she got from both Sir Patrick Stewart and Elizabeth Olsen on set and how she got Benedict Wong and Benedict Cumberbatch doing TikTok dances during filming.

TooFab: I was at Comic-Con over the weekend and saw quite a few America Chavez’s walking around — how does it feel knowing you are now not only a superhero, but a costume people will dress as for years to come?

Xochitl: It's a little insane, is what it is. Really emotional, it's really crazy and hopefully there's more and what I love is when I get tagged in stuff, I can look in my feed and see it and it's like, 'No way, someone made the jacket.' Also seeing the precision into making the jacket and the detail they put into it, you guys really care.

In one of the featurettes, I saw you tried teaching some TikTok dances to the cast … can you talk a little about that? Who picked them up the easiest?

Benny Wong, obviously, there was a TikTok we did after the premiere, at the after-party and he nailed it. Everyone loved that TikTok, everyone Benny, they want more of him so I'm just gonna try and wrangle him to do another one. Benedict Cumberbatch, he's got some dance moves, tried to teach him, took him a little longer than expected. 'You really gotta work on your moves,' and we practiced, we practiced a lot. Didn't end up filming it, but got behind the scenes of practicing, so we have that and I put it in TikTok.

How is it seeing them in their costumes trying to do TikTok?

In their full gear, doing TikToks, it's so funny to me. I found it hilarious. Even though we don't have the finalized dance, you have to see the behind-the-scenes of it because it's so funny.

I also saw you talk a bit about how you ran lines with your father after you got the script — I’m curious how your family reacted once they actually saw the film?

Of course, my dad and my mom, it's one of those things, seeing your daughter on screen -- especially in a Marvel movie -- I wouldn't want to say 'Crazy,' but it is. Just also putting myself in their shoes, it must mean so much for them for their daughter, at such a young age, to be there and be a representative of not only young girls, but girls of color and I'm, man, even just saying it, saying it in a different perspective let's me know how much that means to other. Damn.

The movie is out, you can talk a little more freely now. How difficult was it to keep those secrets and were there some you almost tripped up on?

I was pretty good at going, 'I don't know man ...' Although, it's like, everyone says that. Probably one of the hardest ones was not being able to talk about John [Krasinski] and Sir Patrick Stewart. No one really knows this, but I got to meet both of them and talk to both of them and Sir Patrick Stewart gave me great advice, just making sure to pay it forward, which was exactly what he was doing with me, letting me in on advice and stuff and telling me a bit of his journey. I was like, 'Wow, this is a little crazy.' I really wanted to go out into the world like, 'Guys, you have no idea who I just met.' But I couldn't. I really wanted to take a photo, but I couldn't. I think there's a little clip of me talking to Sir Patrick Stewart on the Blu-ray.

How many of the Illuminati were you able to meet on set?

I got to meet, I think, all of them. If I didn't meet them, I was at least in the trailer getting my hair done at the same time that they were.

You got to do a lot of wirework in this, Wanda's holding you up, you're flying through dimensions, what was that training like for you?

I have so much respect for the stunt crew, because they come in for the actors and work out all the kinks and do the stunts 20 times to get the camera timing just right. Especially with lots of this stuff, the way Sam Raimi likes to film it, he likes to follow along with the stunts and that's really tricky. They have to get that right and then us actors come in and I just do the final. I was lucky to have really great doubles and also, [CC Ice], which is Elizabeth Olsen's double, was just so kind. So during that battle of America and Scarlet Witch, she was so kind, she was like, 'Kick me, fully kick me!' And I was like, 'I can't kick you! What do you mean, kick you?' And she was like, 'No, kick me, so you have that feeling of what it feels like.' I was like, 'I can't kick you, girl, I might hurt you.' And she's like, "No, you can't hurt me' and she was right.

When you are filming these scenes, do you start to feel like you have some of these powers yourself?

I like to use my imagination a lot. I was playing with Barbies until I was 14, I was so into the story and feeling the emotions and stuff. Getting to do this on a whole other level, is a little crazy. But what definitely helps is having pre-vizes in this madness and it really shows you what they plan for the powers to look like and break it down. That's really helpful for me, especially when I'm on the dais, collecting power and all that, I was able to actually feel it. It was really fun, I watched Elizabeth Olsen get into her zone for all her power stuff and she would just go, do it, and I was like, if she did it like that and just fully went for it, I'm gonna do that too. And if it's too much, they can always tell me to go back.

Before the film was released, you said Elizabeth gave you some advice on when to speak up when input is asked for or if you have advice/notes about your character. You mentioned that some of your input was used but it would be considered a spoiler, are you able to elaborate on that now?

I forgot what I was referring to at that point, but it was mainly important for me because, as a young teenage girl also who's Latina, it was important to make sure there were things that are distantly what a young, Latina teenage girl would do. 'A girl wouldn't react to something in that kind of a way, I think she would react in this kind of a way,' and feeling confident enough to actually say that and let people know, 'I feel like she would do it this way, it's more genuine.' And with Lizzie's advice, I was like, 'I should probably just do it, since Lizzie told me to do it and they want to hear my advice, hear my notes.' What I can say is that it helped, especially Sam, because he's very collaborative. He would listen and be like, 'If you think that's how we should do it, let's do it that way and if it works, it works and if it doesn't, at least we tried.'

Were you following along with all the Comic-Con/MCU news at home and which project are you most excited to see? You nervous to possibly eventually go up against Kang the Conquerer?

It's the Multiverse Saga, we're pretty sure we'll see more of you.

I hope so, fingers crossed, only one can hope!

"Doctor Strange In the Multiverse of Madness" is available now on digital, 4K, Blu-ray and DVD