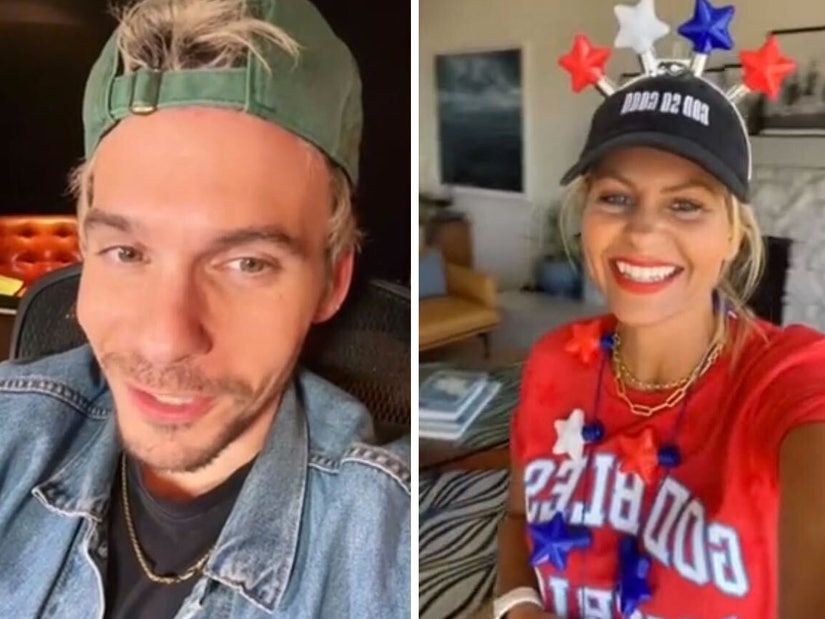 Koma called her out for using a less-than-patriotic song to celebrate Independence Day.

Candace Cameron Bure just got called out by another celebrity following her social media feud with JoJo Siwa last week.

On the Fourth, Bure shared a video to her page where she's all decked out in red white and blue -- rocking a light-up star tiara and necklace, along with a hat reading, "God Is Good" and a t-shirt reading, "God Bless America."

"I mean, come on, did you expect anything less from me? Happy 4th of July," she says into camera -- while Springsteen's "Born In the U.S.A." blares in the background.

Taking use of TikTok's Duet function, Koma shared his own video on Saturday, watching Bure while explaining, "Yeah, the song you’re playing? Yeah, it’s about veterans coming home from Vietnam and being treated like s---."

The song -- and its chorus, especially -- is often confused as an outright patriotic one, with its upbeat tempo often used by politicians who clearly haven't listened or paid close enough attention to the rest of the track.

In 2021, Springsteen was asked about those -- including Donald Trump supporters and Ronald Reagan -- who misunderstand the song during an interview with the New York Times.

"I still believe it's one of my best songs, and when we play it, it just has a cumulative power that remains with it. The pride that people feel as a part of that music is true. But to understand that piece of music you need to do what adults are capable of doing, which is to hold two contradictory ideas of one thing in your mind at one time," he added. "How something can be prideful and at the same time call to account the nation that you're writing about. That was just a part of that piece of music. It's a song that's not necessarily what it appears to be."

Bure has yet to respond to Koma's post, which has racked up 1.4 million views and nearly 1k comments from fans.

"Seeing Hilary Duff's husband roast DJ Tanner is not what I had on my bingo card this week folks," wrote one. "this is pick on Candace Cameron Bure week," added another -- before one fan joked, "Matt said Team JoJo."

Get a breakdown of her battle with Siwa below: