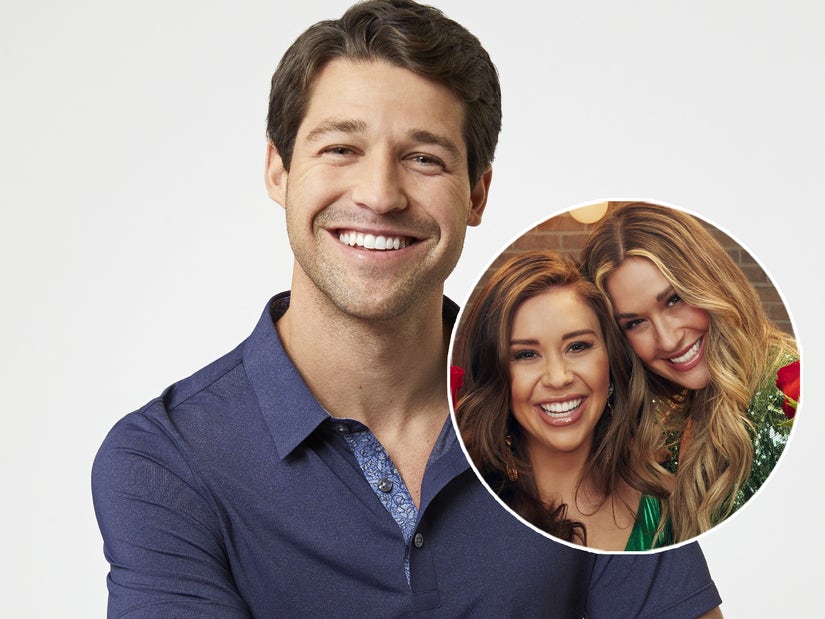 "You saw me at my absolute worst and lowest moment," wrote Hayden, who was walked out after lying about talking trash on both Gabby and Rachel.

After Hayden made his public apology following ABC's airing of "The Bachelorette" episode in which he was eliminated, both leads have weighed in on his Instagram post.

Rachel told ET that she and Gabby "just ultimately look forward to having a conversation with him at 'Men Tell All.'" In regards to his post, she said that she hadn't spoken to him since his departure, telling TheWrap, "When it’s a public apology, it doesn’t feel as personal."

Gabby told the outlet that she doesn't think Hayden is a bad person, reiterating Rachel's assertion that they're looking forward to talking with him at the "Men Tell All."

"It's nice, of course, to hear an apology," said Gabby. "But … I think he did … just outright lie and thought that he couldn't get caught."

Hayden Markowitz made a very public apology to both Gabby Windey and Rachel Recchia following his abrupt elimination on Monday's new episode of "The Bachelorette."

Throughout the hour, Hayden made quite a few vulgar comments about the co-leads to the other guys -- referring to one of them as "bitch," openly comparing their breasts to his ex's while saying the Bachelorettes "don't hold a candle to her," and proclaiming he couldn't see why any guy on the show would want to marry them.

All that got back to Rachel, who confronted him a, before sending him packing.

"For those who watched tonight's episode, you saw me at my absolute worst and lowest moment. I have always tried to carry myself with humility and respect for others," Hayden shared to Instagram after the episode aired. "However, my complete lapse of judgement was not only disappointing but it was absolutely unacceptable. I genuinely want to express my deepest apologies to both Gabby and Rachel for my actions."

"I take full responsibility for not being the man I was raised to be in those moments, especially towards these two wonderful deserving ladies who I truly do respect," he continued. "I really hate how this season ended, but this experience was not one that I was mentally or emotionally prepared for with the current things going on in my life."

Throughout the episode, he revealed that his dog, Rambo, had been diagnosed with a brain tumor and only had months to live. "I really wanted this to work, but I want Rambo more," he said after he was eliminated.

Hayden concluded his post by saying that, "despite how everything transpired," he still considers his time on the reality show "an amazing experience that I will never forget and will learn from." To Gabby and Rachel, he added that he wished them "all the best" and hoped "they can accept my apology."

New episodes of "The Bachelorette" air Mondays on ABC.