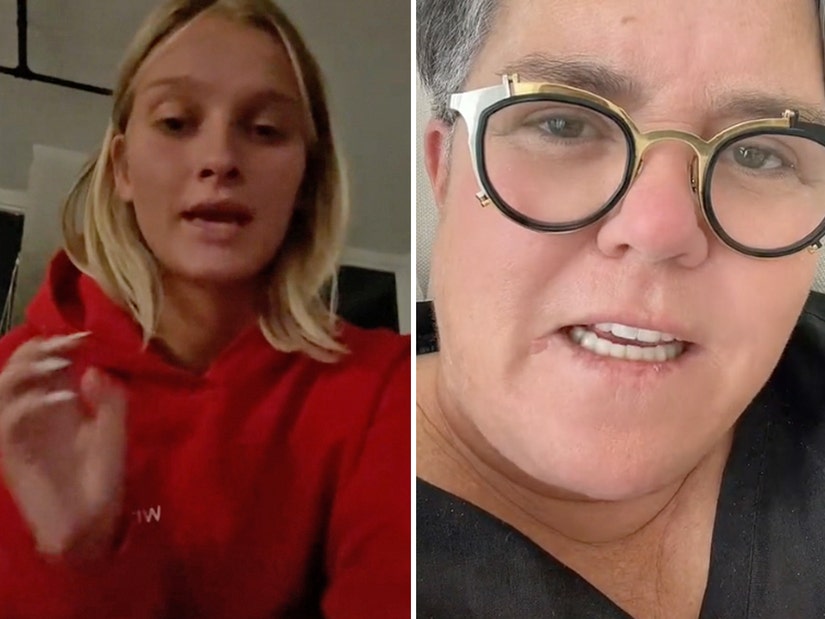 "It's not normal to have three lesbian mothers and have one of them be famous and get in a fight with the president for five years or more."

Rosie O'Donnell has clarified her remarks after she seemingly disagreed with her daughter Vivienne, who said she didn't have a "normal" childhood.

On Friday, the comedian shared a TikTok in which she explained her previous response to her 19-year-old daughter's video about her upbringing. While Rosie jokingly claimed that she was and is, in fact, "normal" in her initial response, she set the record straight in another video, admitting that Vivienne is right.

"Listen, I knew what she was talking about," Rosie shared. "It's not normal to have three lesbian mothers and have one of them be famous and get in a fight with the president for five years or more."

The actress continued, "She's right to say that it wasn't a normal upbringing like all of her friends and it's okay, you're allowed to express your feelings in our family, even if you do it online in a funny manner. I replied, I thought in a funny manner, saying I was going to tell all her secrets."

"But I don't have any secrets from her," Rosie added. "She's a great kid, always has been."

Rosie O'Donnell wasted no time replying to her daughter Vivienne on TikTok this week, after the teenager has some choice words about her childhood.

In a light-hearted video shared on Thursday, the 19-year-old daughter of Rosie and ex-wife Kelli Carpenter responded to fans who think her celebrity mama was able to give her a "normal" upbringing.

"I love all these comments about how Rosie kept my life normal. No offense mom, no, that never happened," said Vivienne in the video. "She just didn't really inform us about anything. I think that was more it. Because once I would find out, she'd be like, 'Vivi, come on, you know that. Like, you know that.'"

The teen added, "She has done so much for me, and I'm so incredibly, incredibly thankful for her, but one thing she's not done is normal."

When one of her followers commented, "Are any moms normal though!?!?", Vivienne was quick to agree -- writing, "definitely not."

Her post was a response to comments she received following another video from earlier in the week -- where she revealed that, growing up, "this beautiful woman" would always come to her birthday parties with her own children. "I just never had any idea who the f--- she was," she continued, saying that she only realized the truth after watching an award show with her mom when she was 12.

"One night they were watching TV and "it's Mo, getting a f---ing award. And I'm like, 'Wait, Mo is Madonna?!' Had no idea it was Madonna until I was 12 and it was the same thing with Oprah," she explained, prompting comments like, "Your parents did an amazing job keeping you out of the craziness of Hollywood."

Later in the day, Rosie shared her own video responding to her daughter's comments.

"Vivi, what do you mean I didn't do anything normal?" she asked. "I did normal things. I'm normal. I'm totally normal. Jeez, Viv. I'm gonna tell some secrets about you!"

The clip was shared to Rosie's 2 million followers and has been viewed nearly 75,000 times since it went up.

Vivienne is O'Donnell's youngest child with her ex-wife -- with whom she also shares Parker, 27, Chelsea, 24 and Blake, 22. She also adopted 9-year-old Dakota with late wife Michelle Rounds, who died in 2017.