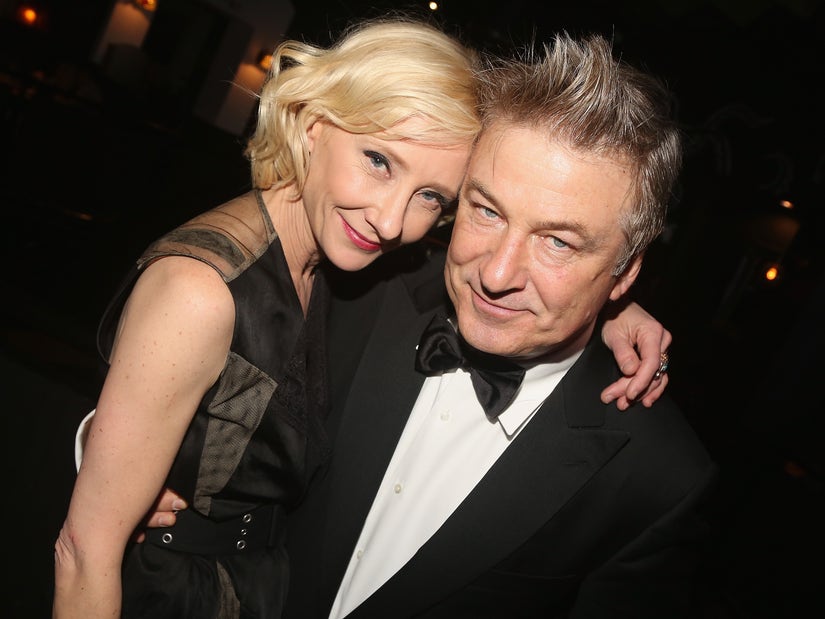 "Anne Heche is in the hospital severely burned from a car accident this is really tragic. Pray for her," Rosanna Arquette tweeted

Alec Baldwin and other celebs are sending well wishes and support to Anne Heche after a car crash that has left her hospitalized.

A woman, who was in the home at the time of the crash, had no injuries per LAFD. Authorities are still investigating the accident. Law enforcement sources tell TMZ they obtained a warrant to draw Anne's blood to test for alcohol and drugs.

"Hey, I just want to send out my best wishes and all my love to Anne Heche," the actor began. "There's not a lot of women I've worked with that are brave in the way that Anne is brave."

"I love you Anne, I love you and I think you are such a talented person," Alec said. "I hope everything is okay, I hope you come through this. My heart goes out to you. I'm sorry you had this tragic thing happen to you, and I'm sending you all my love."

"Everyone please join me in sending their support and love to the wonderful Anne Heche," he said concluding his video.

The two starred together in 1996 film "The Juror," they also performed in a Broadway production, "Twentieth Century," in the early aughts with Heche getting a Tony nod for Best Performance by an Actress in a Leading Role in a Play.

Thomas Jane, who dated Heche from 2019 to 2020 and shared the screen with her in HBO's "Hung" told DailyMail.com: "While Anne and I are no longer an item, todays tragic news was devastating to me and to all who love her."

Anne Heche is in the hospital severely burned from a car accident this is really tragic. Pray for her.

Rosanna Arquette wrote on Twitter: "Anne Heche is in the hospital severely burned from a car accident this is really tragic. Pray for her."

While another ex and former costar, James Tupper, who dated the actress for a decade and a shares a child with her, wrote on Instagram: "Thoughts and prayers for this lovely woman, actress and mother tonight anneheche 💔 we love you".

Peter Facinelli wrote on Instagram: "Praying for you and your beautiful family."