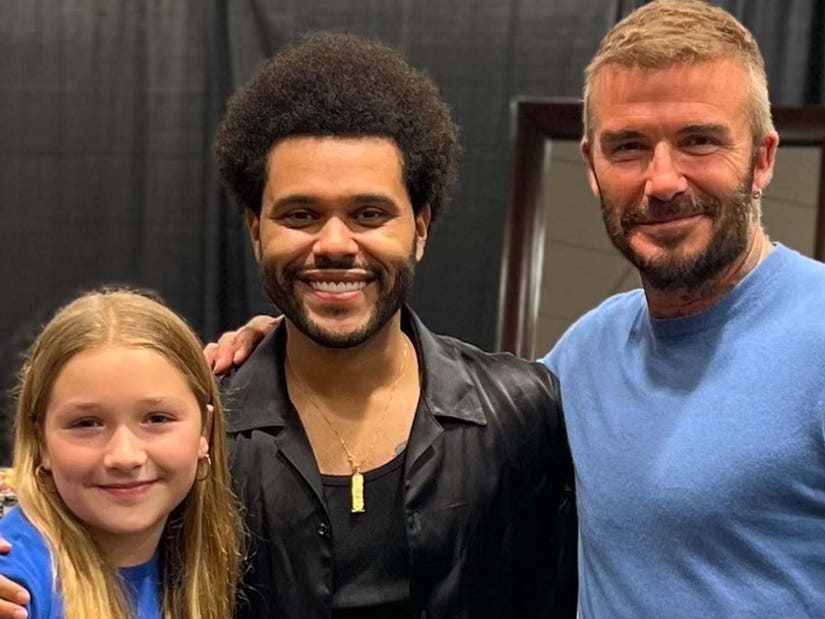 "…She is mocking the dad dance whilst being so cute"

David Beckham and his daughter Harper bond over their shared love for The Weeknd.

The 47-year-old soccer legend and his daughter spent the night out in Miami when they went to see the "Blinding Lights" singer perform at the Hard Rock Stadium last week.

Harper documented Beckham’s hilarious "dad moment" when the former athlete accidentally began singing The Weeknd's single "Out of Time" a bit too early.

"Embarrassing dad moment," David captioned a series of videos of the pair dancing to the music on Instagram. "Timing was a little off but we got there in the end and I made HarperSeven laugh. @theweeknd WOW what a show #Miami."

Beckham also posted a sweet clip of Harper dancing her heart out to a performance of "Take My Breath." He proudly wrote of her excitement and made a note of "THAT SMILE" in his post.

The father daughter duo also got to meet The Weeknd, born Abel Tesfaye, that night and posted a photo of the three of them.

In a followup post, the dad uploaded a standalone video of Harper rocking back and forth to the music as she sang, "I know I posted one video but our little girl is so cute I had to post another cause she is mocking the dad dance whilst being so cute @victoriabeckham 😂 #HarperSeven ❤️ @theweeknd 💙."

In a since-expired Instagram Story, the Salford City team co-owner also shared a series of videos that featured performances of "Often," "Blinding Lights" and "One Right Now."

"Abel brings a smile to this little one's beautiful face," he gushed over a video of the 11-year-old singing "Save Your Tears."

David concluded his Story posts with another photo of him and Abel and wrote, "@theweeknd Thanks for an amazing evening."

The footballer shares Harper with his wife Victoria Beckham as well as Brooklyn, 23, Romeo, 19 and Cruz, 17.