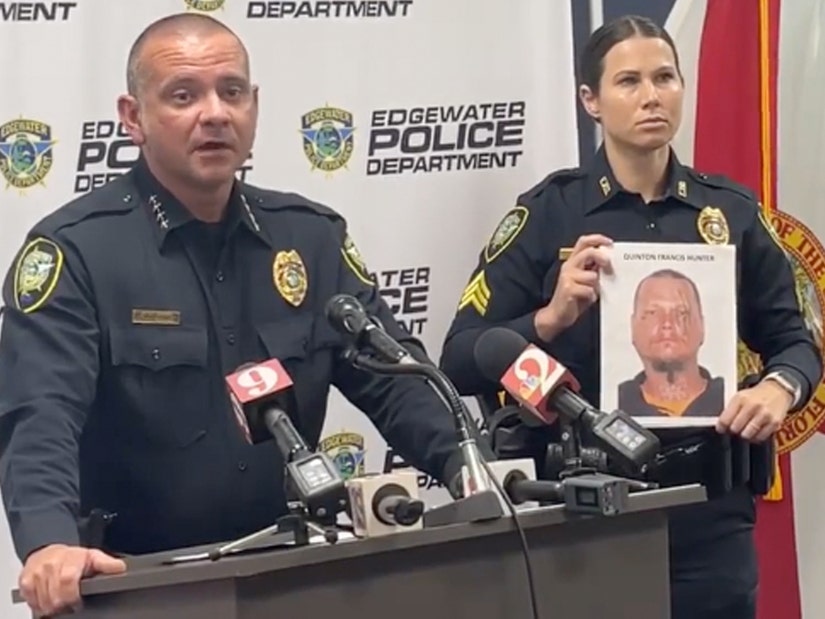 The shooting happened during a Narcotics Anonymous meeting, which his ex was attending.

A shooting and hostage situation unfolded on Monday evening during a Narcotics Anonymous meeting in Edgewater, Florida.

According to police, 49-year-old Quinton Hunter walked into the meeting where his ex Erica Hoffman, 33, and Ian Greenfield, 59, were in attendance. Hunter first shot Greenfield "at close proximity," killing him, before striking Hoffman and taking her hostage.

"At this time we believe Quinton Hunter was angry over a relationship Greenfield had with Hunter's former girlfriend," police said in a press release on Tuesday. In a press conference later in the day, authorities said they weren't sure what the relationship between Hoffman and Greenfield was and wouldn't speculate whether they were dating or just friends. Police are still investigating whether Hunter had made any previous threats against the pair.

After shooting Greenfield, the 20 or so attendees of the meeting were able to escape, though Hunter "prevented" Hoffman from leaving. "Negotiators and SWAT members attempted to contact Hunter to negotiate a resolution," said police, but there was no response from inside.

When authorities made it into the building, all three were found dead. Both victims suffered gunshot wounds and lacerations, while Hunter appears to have died from a self-inflicted gunshot wound.

Based on the timeline of events, authorities believe the footage was captured after he shot Greenfield. Between posting two separate videos, it also appears Hunter shared a photo of the two victims in happier times, without comment.

The investigation is ongoing, with Edgewater Police adding that their "thoughts and prayers are with the victim's families and friends during this difficult time."