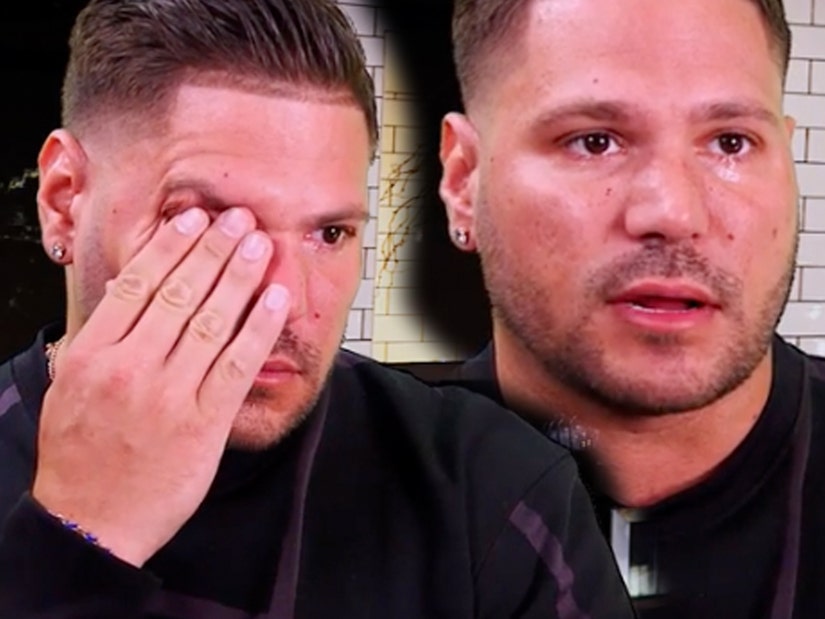 As Mike tells him "everyone was definitely upset" about his past behavior, Ron reveals where he is today.

Ronnie Ortiz-Magro made his big return to "Jersey Shore Family Vacation" on Thursday night -- his first appearance since he announced he was leaving the show back in May 2021.

Before tonight, his most recentl appearance aired in January 2022, in an episode where the entire cast reacted to headlines about Ronnie getting arrested for a domestic violence incident involving then-girlfriend Saffire on April 22, 2021.

Ronnie avoided jail time for violating his probation with the April arrest by completing an in-patient program. He was also ordered to take 26 parenting classes and a 3-year protective order was put in place so he couldn't harass or intimidate Saffire

On Thursday's new hour, Ronnie met up with Mike "The Situation" Sorrentino during a trip to the East Coast, filling his costar in on his progress since leaving the show. 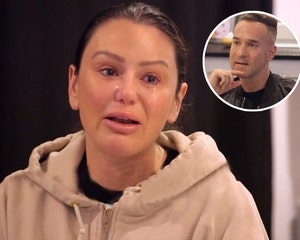 "Haven't seen the East Coast in a while, been a long year and it's been a lot of doing the right thing, being a full time dad, being sober, living the best life that I can live one day at a time," he said in his first confessional back, before grabbing lunch with Mike. "I really want Mike to see where I'm at in my life. I've gone to treatment before and slipped up. Now I'm sober and I think that's humbled me out."

Mike first asked if Ronnie was "doing the right thing," which Ortiz-Magro said he was.

"I did my 30 days, but 30 days isn't going to fix 30 years of f---ing up," Ronnie told him, adding that he does have a sponsor now. "Part of the process of being sober and going through the steps is getting a sponsor, he checks in on me, makes sure I'm doing the right thing. I did inpatient, then I did IOP [intensive outpatient program], then I did OP [outpatient program]."

In a confessional, Mike said it felt like Ronnie was taking the situation "very seriously" this time. He also added that he wants Ron to know that he's not alone and that the rest of the cast won't "quit" on him, acknowledging how much he needed the support of his friends when he was struggling with his own substance issues.

"The whole squad, I'm eager for them to see the new Ron," he added.

Ronnie then filled Mike in on his relationship with his daughter Ariana, who he said he has "full time" now.

"That is basically the best thing that's ever happened to me. Part of being a full time dad and having her all the time is that I have to dedicate time to what she wants to do," he said. "My whole life revolves around this person, this little tiny person. I'm being the best father I can be. I'm working on being the best friend I can be to my friends."

Ron said he was eager to sit down with his other costars and "let them know, listen, I've made my mistakes, I have to own them. Can't hide from them."

A producer was then seen asking Mike in a confessional whether he thought it was the "right time" for Ron to make amends with everyone else. He said that he couldn't answer that for everyone, since he needs to give an individual apology to each person. "At the end of the day ... his actions have affected every single one," he added.

Mike reiterated that to Ron too, telling him, "Everyone feels a different way ... everyone was definitely upset at the time, for some of your actions." Ron's response: "I'm just gonna own up to my mistakes and make sure my side of the street is clean." 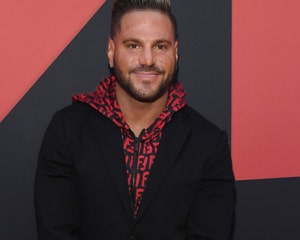 Though he was pretty stoic with Sorrentino, Ortiz-Magro got very emotional in a confessional -- and, at one point, was crying when asked how things had been with his "Shoremates" since his drama.

"Definitely miss the roommates. This has been one of the hardest years I've ever had to face and I've been through some s---," he said, with tears streaming down his face. "I f---ed up, I understand and that's part of recovery as well. What matters is that I got through it and I'm gonna continue to get through it and take it one day at a time."

That was it for Ron this episode and a preview for next week showed the cast going on another group trip without him. Judging by his conversation with Mike, however, he'll likely be tip-toeing back onto the show, one apology at a time.