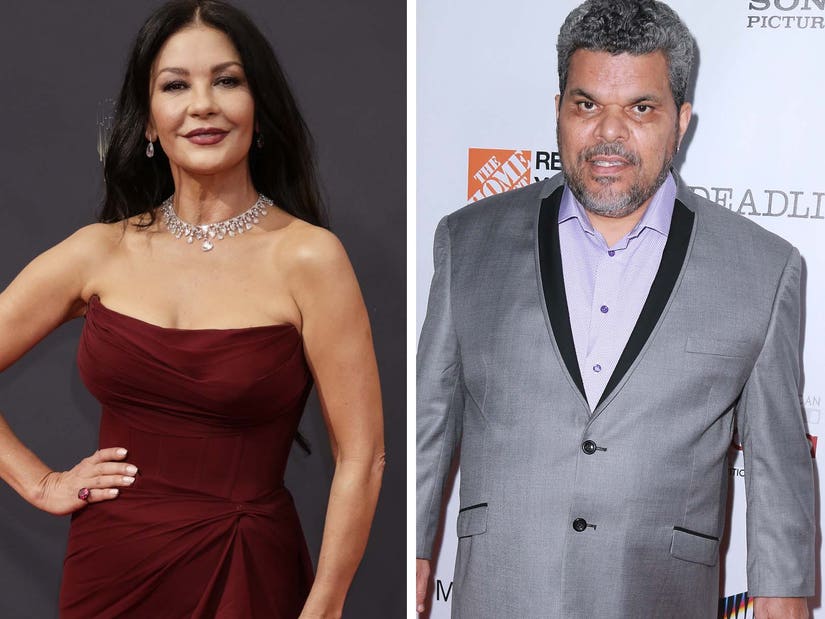 The two are seen in new images from Wednesday, alongside Jenna Ortega and Isaac Ordonez as Wednesday and Pugsley.

Catherine Zeta-Jones and Luis Guzman are looking creepy, kooky, mysterious and spooky in the first pictures of them in costume for Netflix's upcoming series "Wednesday."

Noticeably MIA from the group photo is Uncle Fester, whose casting is being kept under wraps for now.

Tim Burton is behind the upcoming 8-episode series, which the streamer has described as a "a sleuthing, supernaturally infused mystery" focusing on Wednesday's formative years at Nevermore Academy, as she attempts to "master her emerging psychic ability, thwart a monstrous killing spree that has terrorized the local town, and solve the supernatural mystery that embroiled her parents 25 years ago."

Christina Ricci, who played Wednesday in the '90s films, will also appear in the show, as well as "Game of Thrones" alum Gwendoline Christie.

Burton reportedly wanted the Addams parents to look like the original Charles Addams cartoons, in which "Gomez shorter than Morticia, versus the kind of suave Raul Julia version in the movies,” showrunner Alfred Gough told Vanity Fair.

The show will drop on Netflix later this year.