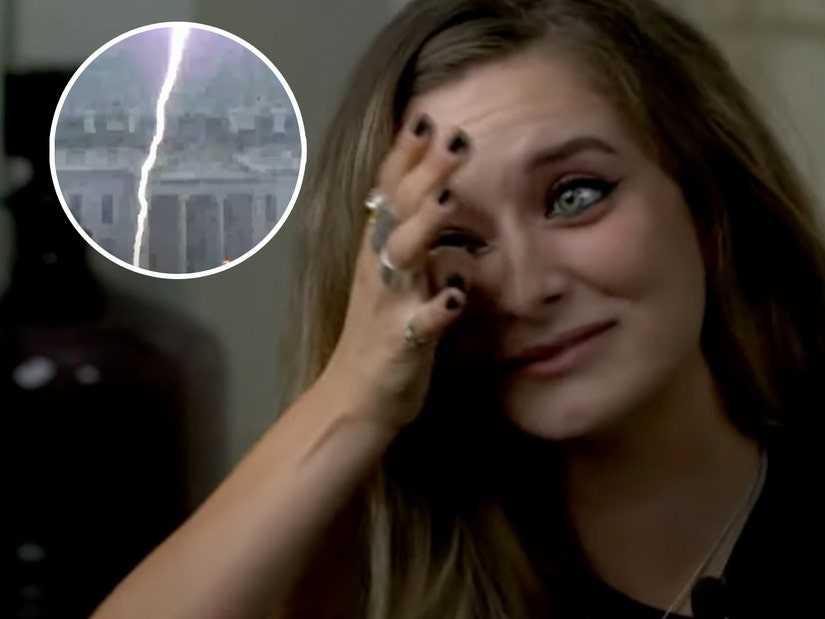 "I don't know why I survived ... I just don't feel good about being the only one."

Amber Escudero-Kontostathis, the 28-year-old woman who was the sole survivor of a lightning strike that killed three others this month in Washington, D.C., is opening up about her ordeal in her first interview since the incident.

Escudero was canvasing for a non-profit near the White House on August 4th, her 28th birthday, when a storm broke out. As she and three others -- married couple James and Donna Mueller, 76 and 75, respectively, and 29-year-old Brooks Lamberston -- ran to shelter, the group was struck by six bolts of lightning. The Muellers were celebrating their 56th anniversary.

The three others were killed, but Escudero survived with significant burns on her body. She now uses a walker to get around and has been "frustrated" by the physical and mental roadblocks on her recovery.

It's clear she feels some survivor's guilt, as she told GMA she hoped the reason the Muellers were caught in the storm was not because they stopped to talk to her. "I hope they weren't there because of me," she shared.

Escudero was also reunited with the Good Samaritans who she credits with saving her life, Nolan Haggard and Jessee Bonty, two ER nurses who just happened to be nearby and performed CPR on her.

"If it weren't for you guys, I wouldn't be here, I owe you everything. I'm just so grateful for you guys," she told them.

Amber's mother, who has been chronicling her daughter's recovery on social media, shared more photos from the reunion on Facebook this morning -- saying, "We are so thankful for Good Morning America for making this reunion possible."

She added, "Continuing to praise God for all the miracles that happened that day and continue everyday! What we learned today was hard to hear, but have so much peace that God knew what we could handle and when."