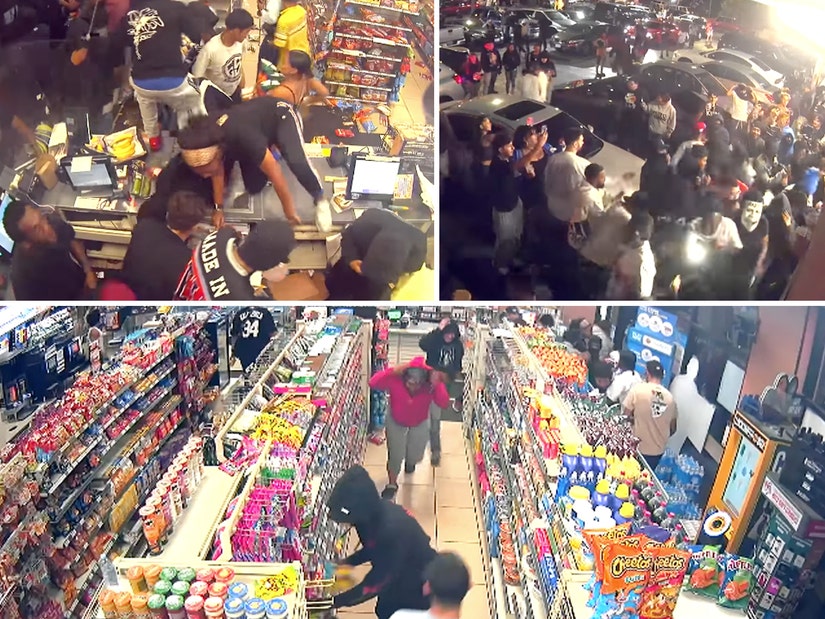 The chaotic video shows a stream of people storming the convenience store, trashing the place and then running off before police arrived on scene.

A 7-Eleven in Los Angeles became the site of a wild "flash mob" -- but these participants weren't dancing.

On Thursday, the Los Angeles Police Department released footage from what they're calling a "flash mob of looters" after a collection of motorists turned their eyes toward a nearby convenience store to wreak complete havoc on the location.

Per the LAPD, motorists met up at an intersection around 12:40am on August 15 and starting doing donuts and leaving skid marks on the pavement. From there, the group then "rushed a nearby 7-Eleven."

"Video surveillance from the store showed the looters fanning out across the store and grabbing all the snacks, drinks, cigarettes, lotto tickets, and other merchandise," reads a release. "Looters also vandalized the store and threw merchandise at employees. The looters then exited the store to the surrounding parking lots and streets, and quickly dispersed before police arrived."

The video shows just that, starting with a huge crowd of people filming the chaos from outside, before running inside and pilfering from the shelves, hopping behind the cash register to grab and toss cigarette cartons to other bystanders before they're seen fleeing en masse all before any cops showed up on scene.

After seeing the shocking video, even Khloe Kardashian reacted to it on her Instagram Story, sharing the footage while adding, "So so sad! Such a shame! I want the old LA back."

Police note that "flash mobs" have recently "turned from fun spontaneous events to opportunistic criminal occurrences," suggesting these are happening more and more often of late. "We really want to prevent this from becoming a new trend," Detective Moreno said during a press conference on Thursday.

According to Fox 11, some offenders have already been identified, while video and fingerprints left on countertops will likely lead to more arrests. "They're going to be held accountable," added Moreno. 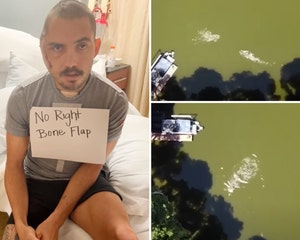