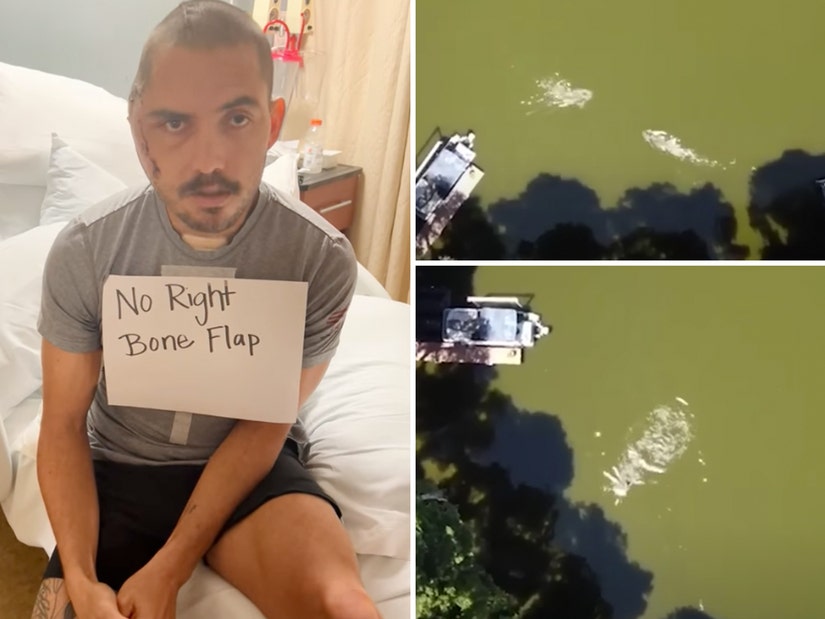 The attack only lasted seconds, but crushed the man's head, broke his jaw and damaged a facial nerve.

A man filming an instructional video in a Florida lake survived a horrific alligator attack -- an attack which was all caught on camera.

JC Defeats -- real name JC La Verde -- had a drone overhead on August 3 as he shot a video for his Defeat-X company when he was attacked by what he said was a "huge" gator. He shared footage from the moment it happened with local news this week, in which you can clearly see him unknowingly swimming toward the creature, which bit him on the head and upper torso before he was able to escape to shore.

He told Fox 13 in Tampa that he put his hands inside the gator's mouth before the reptile let him go. "She let go and she didn't have to let go," he told the outlet, adding that he had "an unbelievable amount of faith in myself that I wasn’t going to die. I was going to be OK, but I needed to act for sure."

Defeats was rushed to a local hospital and underwent a six-hour surgery after the alligator crushed his head, broke his jaw and damaged a nerve in his face. His wife Christine said doctors performed a craniectomy to remove part of his skull, as well as some of his temporal lobe. His jaw was also wired shut.

He spent 8 days in the hospital before he was released. In a video Christine shared earlier this week, she said he was re-admitted to the hospital but was later released and is now at home "trying to figure out our new norm."

He'll need additional surgeries in the future to "replace the bone in his brain that they had to remove" and wears a helmet to protect the right side of his head. The wires in his jaw will be removed in a couple weeks, "God willing," said Christine in an update to the pair's GoFundMe page.

"I am perfectly fine. I am actually even better because this gave me a new perspective, you know, and not many people get that," he told ABC. "Find your God. Find Him. It's silly. I get that that's scary, I do, but life is a scary place, so you can carry that load by yourself or have someone carry it for you."