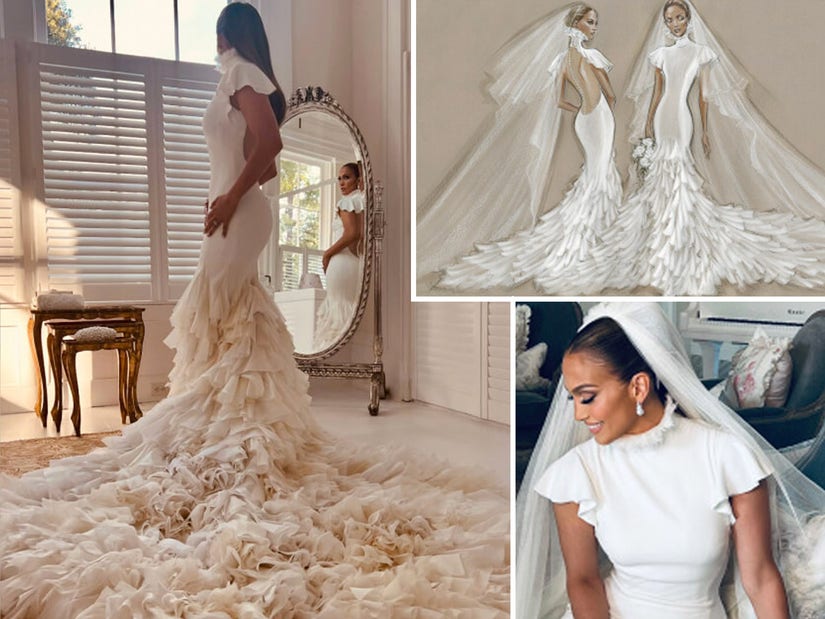 This marks the second wedding for the couple, who previously got married in Las Vegas in July.

Vogue and Jennifer Lopez's official website, OnTheJLo.com, have released the first official photos of her stunning Ralph Lauren wedding dress (above) -- one of three gorgeous gowns she wore as she and Ben Affleck said "I do."

According to Vogue, "over 1,000 handkerchiefs and 500 meters of fabric were cut into ruffles" to make the turtleneck dress she wore during the ceremony itself. She paired the gown with a "cathedral-length veil," with Vogue noting that the couple's five children and the groom also wore Ralph Lauren on the big day.

Here's another shot from Vogue:

During the reception, Lopez wore two more dresses from the designer.

One of them was a stunning, backless gown covered in strings of pearls, while the other included an organza hood and mermaid silhouette (below) 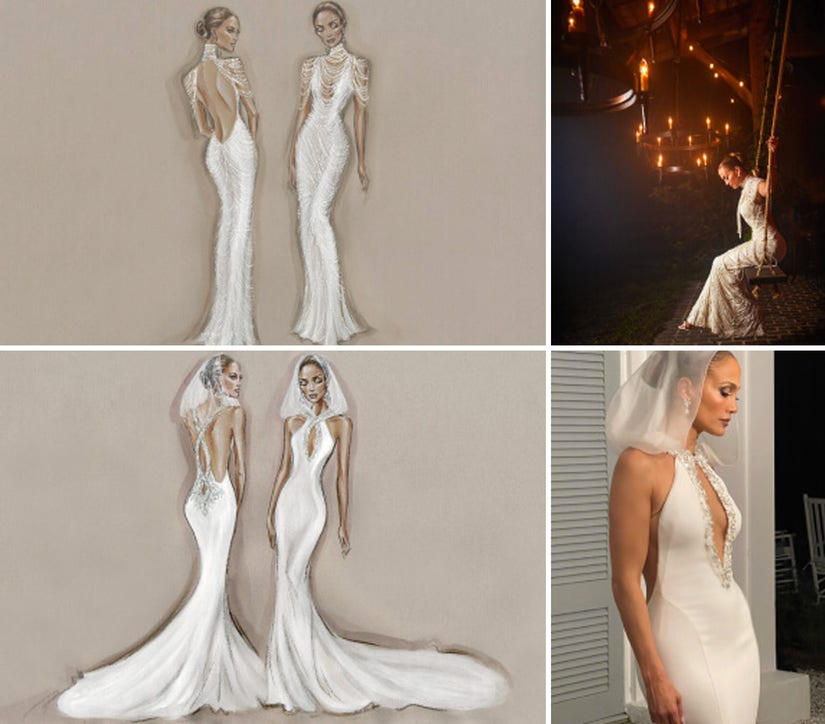 J.Lo also shared a photo of herself in her veil to her Instagram, promising more would be revealed soon in her On the J.Lo website and newsletter.

According to TMZ, Ben Affleck and Jennifer Lopez tied the knot -- for the second time -- at the former's 97-acre estate in the coastal town of Riceboro, Georgia on Saturday.

The property, which is just an hour outside of Savannah, is the same location where the couple was originally set to marry back in 2003 following their first engagement.

This marks Ben and Jen's second wedding. The two were to initially just have a large bash but apparently decided to have another ceremony instead.

The couple was gorgeous in white (you can see the pics on TMZ), with Ben's white jacket perfectly matching Jen's stunning short-sleeve gown -- with a 20-foot train and veil! In fact, save Ben's black slacks and bowtie, pictures show everyone in attendance wearing white.

Among the celebrity guests were Matt Damon, Kevin Smith, and Jason Mewes. Smith even shared a photo on Instagram that appeared to be from the festivities. The pic featured Smith, Mewes and their wives all dressed in white as they posed for the shot. "Dressy as f---... @jenschwalbach, @jaymewes & @jordanmonsanto out on the town," Smith captioned the photo.

However, Affleck's younger brother, actor Casey Affleck, didn't attend his brother's wedding to J.Lo and the reason why is unknown. According to TMZ, the Oscar winner was seen leaving a Starbucks in Los Angeles on Saturday morning. When a cameraman asked why he wasn't in Georgia for his brother's wedding, Casey gave an unclear answer as he mumbled in response.

In addition to Casey's absence, several details about the nuptials emerged in the days leading up to Saturday evening's ceremony.

Earlier this week, TMZ shared photos from the wedding preparations, including shots of what appeared to be a long aisle as well as a large marquee. Other images from the prep suggested the reception included a firework display and live music.

Meanwhile, Page Six reported that celebrity life coach and podcast host, Jay Shetty, would be officiating the ceremony. Per the outlet, J.Lo and Shetty are close friends, with Jennifer appearing on Shetty's "On Purpose" podcast in the past.

Ben and J.Lo first married in July in Las Vegas. According to TMZ at the time, the two became husband and wife after obtaining a marriage license in Clark County, Nevada on July 16.

"We did it. Love is beautiful. Love is kind. And it turns out love is patient. Twenty years patient," she wrote in part. "Exactly what we wanted. Last night we flew to Vegas, stood in line for a license with four other couples, all making the same journey to the wedding capital of the world. Behind us two men held hands and held each other. 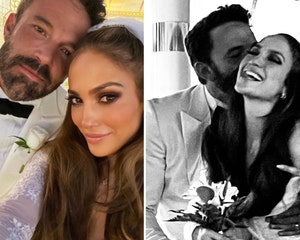 Ben Affleck and Jennifer Lopez Got Married In Vegas -- See All the Photos!

"In front of us, a young couple who made the three hour drive from Victorville on their daughter's second birthday -- all of us wanting the same thing -- for the world to recognize us as partners and to declare our love to the world through the ancient and nearly universal symbol of marriage."

Lopez wound up marrying Marc Anthony in 2004, just five months after her split from Affleck. She and Marc welcomed twins Max and Emme in 2008, before they eventually split in 2011. She went on to date Casper Smart and Alex Rodriguez, the latter of whom she was engaged for two years before they called it quits in April 2021. That's when she started dating Ben again and the two were engaged by April 2022.

For a complete history of their relationship, check out the post below!