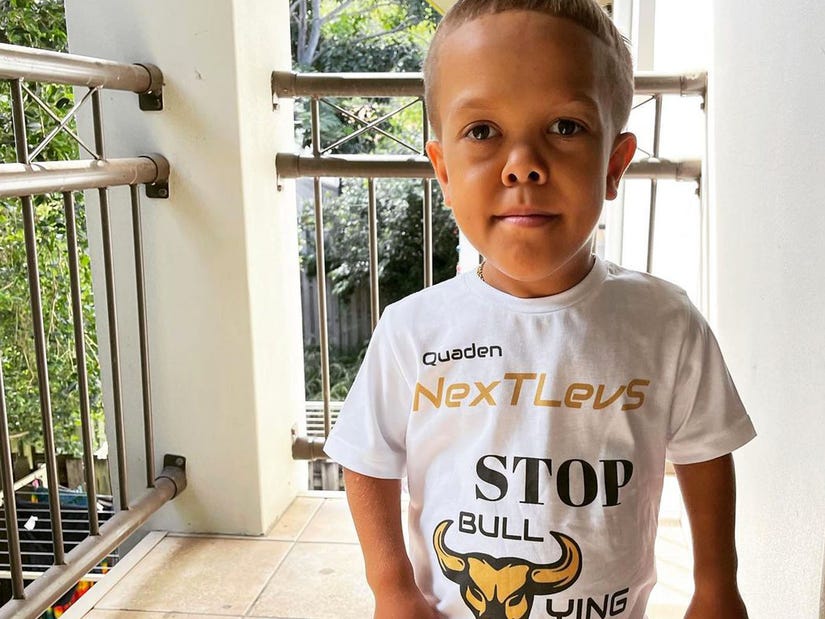 In 2020, the then-9-year-old begged for a knife to kill himself after being picked on in school.

Quaden Bayles -- the child who went viral in 2020 after a video of the then-9 year old crying over being bullied -- is getting the last laugh.

According to George Miller, Bayles, now 11, will appear in his upcoming "Furiosa" film, a prequel to his 2015 "Mad Max: Fury Road."

Speaking with the Sydney Morning Herald's Good Weekend, Miller said he sprung into action after seeing some suggest Bayles' tears were all for show -- and that his mother was coaching him in the viral video. "That really fired me up," he said, telling the publication that's when he gave the boy a bit part in "Three Thousand Years of Longing," which stars Tilda Swinton and Idris Elba.

Bayles was born with Achondroplasia, a genetic condition that results in dwarfism.

In February 2020, his mother Yarraka posted a devastating clip on Facebook Live, showing her son in floods of tears after being picked on at school, asking for a knife so he could kill himself.

"I want people to know — parents, educators, teachers — this is the effect that bullying has. This is what bullying does. So can you please educate your children? Your families your friends?" she begs. "You wonder why kids are killing themselves?"

"I want to die right now! Gimme a knife I want to kill myself!" sobs the inconsolable youngster. "I want to stab myself in the heart, you watch me. I want someone to kill me."

"This is the impact bullying has on a 9-year-old kid that just wants to go to school, get an education and have fun," his distraught mom adds. "But every single frickin day, something happens. Another episode, another bullying, another thorn, another name-calling." 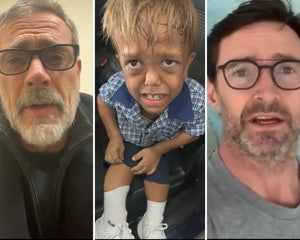 He was met with a flood of support at the time, from celebrities including Hugh Jackman, Jeffrey Dean Morgan, Jon Bernthal, Josh Gad and William Shatner.

A GoFundMe was set up in his name to initially send the boy to Disneyland, which the family turned down, opting instead to divert some of the money to charity instead.

$457,840 was raised overall, with $396k getting split evenly between six charities and the remaining funds going to Quaden for "direct medical help, education, accommodation costs, food to feed the family, and donating to any additional charities of his choosing." 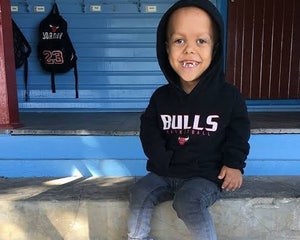 Quaden Bayles Turns Down Trip to Disneyland, Will Donate $470K to Charity