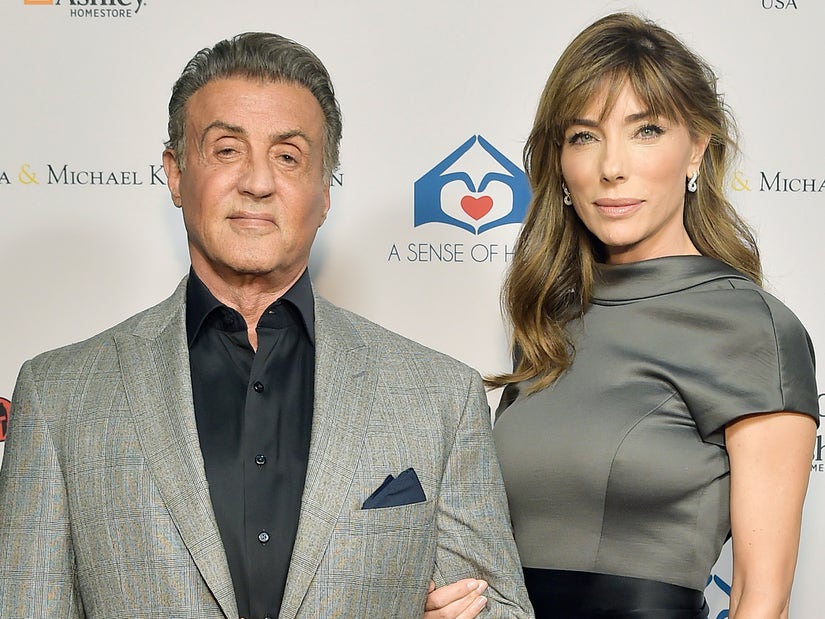 A rep for Sly says the two are "amicably and privately addressing these personal issues."

Sylvester Stallone and his wife Jennifer Flavin are calling it quits on their marriage -- just three months after celebrating their silver anniversary.

Per TMZ, Flavin filed for divorce after 25 years of marriage in Palm Beach, Florida and is accusing the “Rocky” star of moving their assets from marital funds.

In the divorce documents, she says, "Upon information and belief, the Husband has engaged in the intentional dissipation, depletion and/or waste of marital assets which has had an adverse economic impact on the marital estate. Pursuant to Section 61.075, Florida Statues, equity dictates that the Wife be compensated and made whole by receiving an unequal distribution of the marital assets in her favor. Moreover, the Husband should be enjoined from, selling, transferring, assigning, encumbering, or dissipating any assets during the pendency of proceedings."

The couple were first romantically linked back in 1988 and eventually tied the knot in 1997. Stallone and Flavin share three daughters; Sophia, 25, Sistine, 34, and Scarlet, 20.

In a statement released to TMZ, Stallone said, "I love my family. We are amicably and privately addressing these personal issues."

Back in May, the pair publicly celebrated their 25th anniversary with respective Instagram tributes to each other.

"Happy 25th anniversary to my amazing wife," Stallone captioned a carousel of images featuring the couple and their daughters."There is not enough words to describe what this incredibly selfless dedicated, patient, woman has meant to our lives and I only wish they could be another 25! Thank you sweetheart!"

Flavin paid tribute to Stallone in her own tribute post, "Happy 25th wedding anniversary to us! 🥰❤️❤️❤️ Thank you for always keeping me laughing, loving and protecting our beautiful family!"

"Our marriage keeps getting better every year! I can't wait to spend the rest of our lives together! 🥰❤️❤️❤️" she concluded at the time. She has since deleted the anniversary tribute -- while he has reportedly covered up a tattoo of her face with one of the family's late dog.