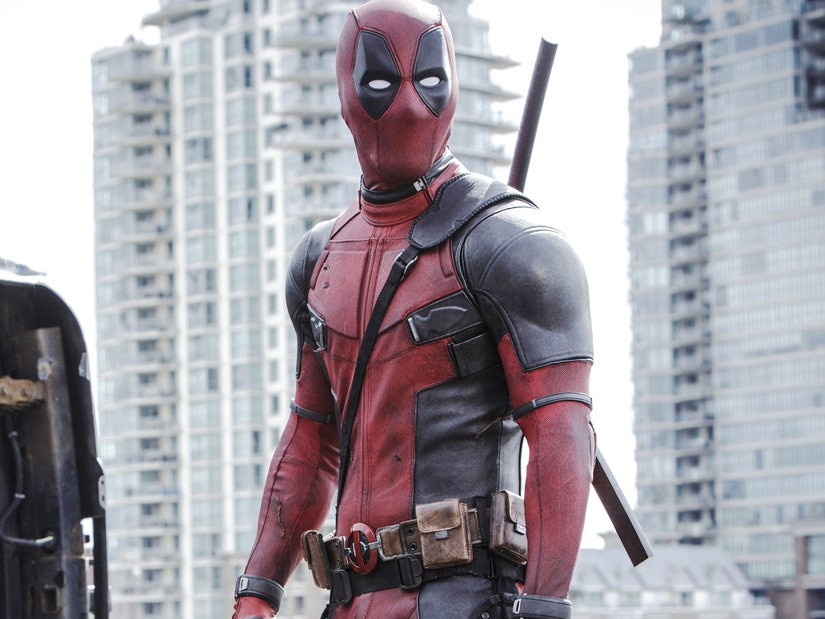 These movies were decades in the making!

Getting a movie made isn't easy. Even when a studio signs on to take the reins on an upcoming release, things don't always go according to plan. Lots can change in the development stage of a flick, from script revisions to director swaps to the casting process. And because of these variables, there have been many movies that have gotten stuck in what’s been deemed "developmental hell." While not all films are lucky enough to escape this purgatory, there's quite a few that have made it to the other side -- and finally hit the big screen, even if it was decades later than expected.

Find out what happened to these movies below…

"Deadpool" spent more than a decade in development after first being announced by Marvel in 2000. By 2004, the film still hadn't come to fruition and New Line Cinema stepped in to produce the film, bringing in writer/director David S. Goyer and Ryan Reynolds to star. Not long after, the film lost its director and the following year, New Line Cinema put the film in a turnaround and 20th Century Fox took the reins. Another five years passed before writers were brought on and, despite some ups and downs, there was finally a draft of a script and a director in place by 2011. It took several more years to actually get the film made and thanks to some well-received leaked footage in 2014, it was finally given the greenlight. "Deadpool" hit theaters on February 12, 2016.

"I spent ten years trying to get 'Deadpool' made - it was hell. We shot some test footage, some absolute bastard leaked it onto the internet, and that's what got the movie made. The studio never really believed in it so they gave us absolutely nothing compared with other comic book movies. We had to make every dollar feel like ten," Ryan said.

Development on "The Irishman" began back in 2007 when Robert DeNiro became obsessed with "I Heard You Paint Houses," a nonfiction book about the alleged mafia hitman Frank Sheeran. He teamed up with director Martin Scorsese for the project and the duo consulted with author Charles Brandt about the script. After numerous rewrites and production delays, the film lost its place on the release calendar. Martin Scorsese's busy schedule pushed the film back even further and when the film was finally ready to begin shooting, Paramount backed away due to budget concerns. Netflix ultimately stepped in, covering the costly visual effects in the film, and it was released on November 1, 2019.

Talks of a film adaptation of the "Uncharted" video games began in 2008 when producer Avi Arad revealed he was working with a division of Sony to bring it to the big screen. Columbia Pictures eventually announced that it was taking the reins on the films and after going through numerous directors, a script was finally in the works in 2010. That same year, Mark Wahlberg signed on to star in the film. Another director change pushed things back again, with the script being rewritten from scratch. Several more writer and director changes delayed things even further, causing Mark to eventually move on. By January 2017, a finished version of the script was finally announced, although it was later reworked by other writers. Later that year, Tom Holland signed on to portray a young Nathan Drake. Right before production was set to begin in early 2020, yet another director departed, pushing back its release date. At the last minute, Ruben Fleischer stepped in to direct and Mark rejoined the cast to star as Victor Sullivan. Production finally began in March 2020 but was shut down during the first day of filming due to the pandemic. Filming resumed later that year and the film was released on February 18, 2022.

4. "Where the Wild Things Are"

A big screen adaptation of beloved children's book  "Where the Wild Things Are" first began in the 1980s. Disney first took on the film, with animators experimenting with traditionally animated characters mixed with computer-generated settings. About a decade later, the book's author Maurice Sendak teamed up with producer John B. Carls to create Wild Things Productions. The rights to the book were eventually acquired by Universal Studios and Playtone. Over the next few years, the studio went back and forth on animation style, eventually settling on a live action flick directed by Spike Jonze. In 2005, production was handed to Warner Bros. and a screenplay was written. After an extended audition process, filming finally began in July 2006. The movie faced further delays after leaked footage was deemed too scary for children and after an extended editing process, the film was finally released on October 16, 2009.

Development of "Dallas Buyers Club" goes all the way back to 1992 when screenwriter Craig Borten conducted a series of interviews with Ron Woodroof, the real life man whom the film is based on. After writing the script, Craig attempted to garner interest in the film and eventually Dennis Hopper signed on to direct in 1996. He sold the script but the company that made the purchase went bankrupt. The following year, he sold a new script to Universal, with Brad Pitt to star and Marc Forster to direct. Brad later dropped out and as the years passed by, the project went through numerous cast members and directors. In 2008, Ryan Gosling signed on -- but he ended up parting ways with the film as well. Eventually, Craig was able to get his hands back on the script thanks to a clause in his Writers Guild contract. The film was presented to Matthew McConaughey, who agreed to star, and his involvement generated enough buzz that the project was picked up. Despite losing some financial backers in the middle of pre-production, the film moved forward and was released on November 1, 2013.

In the 1990s, popular video game "Mortal Kombat" was adapted for the big screen, with the game publisher Midway signing a three-picture deal. The first film was released in 1995, but 1997's "Mortal Kombat: Annihilation" didn’t fare well at the box office, causing the third film to be shelved. The film was given a second chance in the early 2000s, but things were once again put on hold when Hurricane Katrina reportedly affected one of the film's planned shooting locations. By 2009, Midway had filed bankruptcy and Warner Bros. had acquired much of their assets. In 2010, director Kevin Tancharoen signed on for an R-rated feature-length film. Budget constraints delayed the film and by 2013, Kevin stepped away.  Simon McQuoid was hired as director in 2016 and by 2019, the script was completed. Production began later that year and it was finally released on April 23, 2021.

Following the massive popularity of the original "Space Jam" film in 1996, discussions for a sequel quickly began. Warner Bros. agreed to the second film as long as Michael Jordan was still involved and after a producer confirmed the athlete’s involvement, animators got to work. Unfortunately, Michael hadn't actually agreed to the sequel and Warner Bros. backed out of the project. Several other sequels were pitched involving different sports but none of them made it off the ground.

Over a decade later, Warner Bros. announced their renewed interest in a sequel and went into development of a film starring LeBron James. Over the next few years, different directors signed on and exited the film, with Terence Nance hired to direct the film in 2018. Following rewrites of the script, the film finally went into production in 2019, hitting theaters on July 16, 2021.

The first "Aliens versus Predator" comic book was released in 1989 but it wasn’t until after the release of "Predator 2" that a film adaptation of the comic was taken into consideration. The original screenplay was written in the early 1990s, and 20th Century Fox picked up the film in 1991. The movie got put on the back burner for nearly a decade, during which there were reportedly constant changes between actors and directors. In 2002, a draft of the film's script was completed although it was eventually rejected by producer John Davis. Finally when Paul W. S. Anderson pitched a story he had been working on for years, John agreed and the film began production in 2003. The movie finally hit theaters on August 13, 2004.

The "Bill & Ted" kicked off in 1989 and after a sequel was released in 1991, it took almost thirty years for the third film to hit theaters. After encouragement from fans, stars Keanu Reeves and Alex Winter met up with writers Chris Matheson and Ed Solomon to begin brainstorming a third movie in 2008. By 2010, the group had an idea for a plot and the following year, a script was completed. Unfortunately, there was little interest in the project from studios but Keanu and Alex continued to publicize things in the hopes of drawing fan support. While fan campaigns didn’t seem to help things, Keanu's role in "John Wick" seemed to finally draw support. After gaining funding from outside investors and dealing several failed deals, they finally acquired enough money to move forward with production. The film was greenlit in 2018 and began production the following year. "Bill & Ted Face the Music" finally hit theaters on August 28, 2020.

"Sonic the Hedgehog" was first introduced to the world in his 1991 video game, earning his own television series not long after. Despite hesitation from Sega executives, a deal was made with MGM to create a film. In 1995, a draft of "Sonic: Wonders of the Word" was submitted and while it received a positive response, it was eventually canceled after a failed attempt to take the film to DreamWorks. The idea was revived once again in the early 2000s but the proposal was shot down by Sega. A pitch in 2003 got further with the company but was eventually dropped in 2007.

In 2013, Sony acquired the rights to create a film. The following year, a live-action film was officially announced with a scheduled release in 2018. Amid development, Sony put the film in turnaround and Paramount Pictures acquired the rights. Despite the switch, the production team remained mostly the same and the film was given a November 2019 release date. Following delays due to criticism of the Sonic's design, the film was finally released on February 14, 2020.