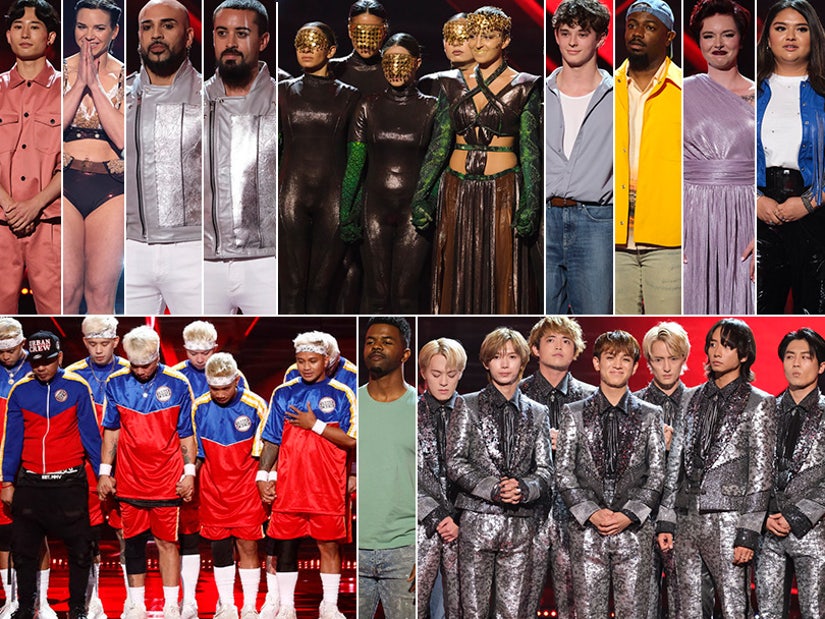 Only two acts from this week advance automatically -- but an Instant-Save vote sends one eliminated act from the past five weeks into next week's finale!

After sleeping on our predictions going into the final “America’s Got Talent” results show before the finale, we were feeling less and less confident in them. This is what happens when only two of eleven acts can advance.

We had visual dancers Mayyas as our only truly confident pick to advance into next week’s finals. As the show has been unnecessarily revealing Top 5 and Top 3 picks before finally telling us the results we want to know, we’ve been predicting the same. 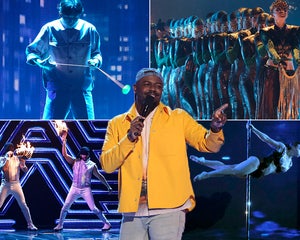 Last night, we predicted Mayyas would be joined by digital pole dancer Kristy Sellars, rapping magician Mervant Vera, yo-yo artist Shu Takada and singer Aubrey Burchell. We had comedian Jordan Conley as an outside shot, but we now think he might be more inside -- to Aubrey’s deficit.

We further predicted that Mayyas, Vera and Takada would make up the Top 3 with Takada falling out at the last minute to advance the 36-woman dance troupe and the rapping magician into the finals. But now we’re not so sure Vera will even make Top 5. And were we fair to not even consider Urbancrew, who really did blow the place away?

There were just so many good acts this week, it feels like an impossible choice and we feel like there’s no way we could have gotten it right. We also had a feeling that America couldn’t get it right, either. No matter who advanced, there would be worthy acts on the sidelines.

Perhaps the Wild Card spot in the finals could redeem one or more acts from this week. Tonight also revealed the four acts the judges picked (one each) to represent them in America’s live instant-save vote. Only one would advance into the finals. Conley made it to this round with America’s support. Perhaps he could take that route again? 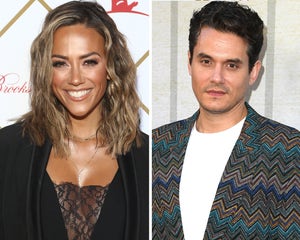 The Cast of Broadway’s “& Juliet”

A new musical “what if?” exploring what would have happened if Juliet had survived the end of Shakespeare’s romantic tragedy, but utilizing the pop music of Max Martin, this preview of it was basically this cast’s take on Katy Perry’s “Roar.” While it was extremely well done, it did little to tell us what this new show, which opens on Broadway in October, was about nor did it give us a sense of how it was going to use his catalog to propel that story forward. Instead, it was a highly-choreographed cover of a Katy Perry song. It was very well done, but didn’t give us the identity of the show we were looking for.

It was nice to check in on past winner Brandon Leake, who brought spoken word poetry to one of the biggest stages in the world and blew everyone away, but a little cringey that it was so blatantly presented as a commercial for Kia. Interspersed with Brandon chatting about how the win elevated his game are shots of him driving the car, with close-ups of the logos, panel, everything. We know these product placements are the way it is, but could they try to hide it a little? We did appreciate the sweet conversation he shared with Howie Mandel, who hit the Golden Buzzer for him. 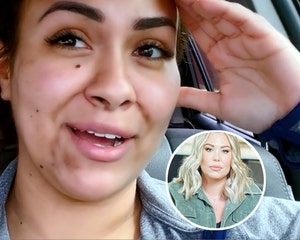 Our predictions were put to the test right away with Aubrey Burchell, Kristen Cruz and Travis Japan all being pulled out first. We had none of them in our Top 5 rankings, but we did originally predict that Aubrey would make it into America’s Top 5 -- then we second-guessed ourselves. We were right to second guess, but not with who we thought might replace her as Kristen Cruz took that first spot. Consider us shooketh.

The next to get their results were Blade 2 Blade, Shu Takada and Kristy Sellars. At this point, we were confused because with eight acts left and four spots left, why was Terry Crews even bringing up three acts? Is he hoping no one is good at math and planning to either fake out this group with two advancing (or none), and then fake out another with two of two advancing?

It was all a bit weird and very distracting. Of these acts, we thought Shu and Kristy would advance -- so maybe they’ll both go home and one of our least-favorite on the night would advance. What did America do? What was Terry doing? He was putting Kristy Sellars into the Top 5, which she totally deserves. We suppose yo-yo artistry is just too oddball for America.

Max Ostler and Urbancrew were next to find out their fates, pitting a solo dancer against a massive crew of acrobatic performers. Of the two, Urbancrew definitely brought more to the stage, and they made our personal Top 5. We just didn’t have faith in America. We should have, as Urbancrew slid into the Top 5.

That left three acts and two slots. Mayyas joined Jordan Conley and Mervant Vera at the front of the stage. We thought all three had a chance to advance at the top of the show. Jordan was America’s Choice once, but could he win them over again? Of the three acts, he’s the one we’d send home. But what did America do? They sent Mayyas into the finals, leaving Mevant and Jordan to sweat it out just a few moments longer -- such a clunky way to reveal the results this week. Did they think this upped the tension?

In the end, that final spot went to Mervant Vera, which is absolutely the right decision. It also means we had four of the Top 5 in our personal Top 5, which isn’t too bad. Our prediction only had three of five, so maybe we should just have more faith that American can get it right (by agreeing with me). 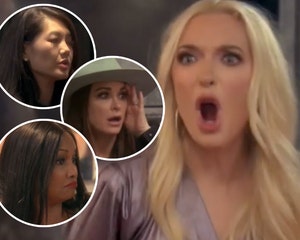 The first act Terry catapulted into the equally irrelevant Top 3 was Mayyas, which was a no-brainer. They really were on another level from the other acts. They were quickly joined by Mervant Vera, which was making us feel pretty good about our predictions, new and old. The final act, then, was Kristy Sellars, which means America was even more into it than we thought. We feared her act might be a little too avant garde for them, but they got it and were into it.

This time, we went two out of three in our personal rankings (Mayyas and Kristy) and our predictions (Mayyas and Mervant). It also means our last-minute predictions were spot-on. Were we finally completely in tune with the voters at home? Is that even possible?

Finally, it was time to see who made it into the Finals so we could get to that Instant-Save vote and see if any of the rest of this week’s Top 5 (or beyond) will get a second chance. Ironically, the Top 3 is made up of our personal Top 2 and our predicted Top 2, but which way did America go? We suspected they’d go more toward our prediction of Mayyas and Mervant Vera, leaving Kristy Sellars just short.

With the reveal of the first act advancing to the finals, Terry once again went with the most obvious no-brainer decision of the night, sending Mayyas into next week. That left Mervant and Kristy -- two extremely different acts. He inspired, she left us awed. Which did America connect with me?

It was Kristy Sellars, which was a bit of a shock for us. Was it because we already have two magicians? Honestly, we thought his uplifting and inspirational approach, plus the incorporation of freestyle, was so fresh, America would have to support him. Instead -- once again -- America aligned with our personal rankings. Maybe America just reads our articles and votes accordingly. 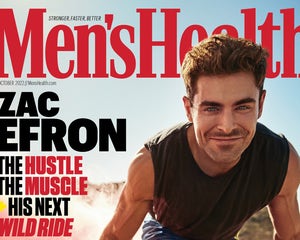 In an exciting twist not only did the Judges each reveal their Wild Card candidate, but viewers found out at the end of the show who won after an Instant-Save vote during the broadcast. That element of it happening live made this the most compelling results show of the season so far.

So which act did the Judges want to give a second chance at making it into the finals with a five-minute vote?

Of the four acts put forth, three of them made it into the Top 3 their respective weeks, while Players Choir didn’t make it past Top 5 (they were the same week as Don McMillan, though). For us, that speaks volumes as to where America is at, so we felt it was down to Don, Lily Meola and Celia Muñoz.

Of the two of them, we felt that there are already several great singing acts in the finals, but there is nothing like Don McMillan’s and his Powerpoint approach to comedy, or Celia Muñoz and her puppet-less approach to ventriloquism. Both are equally compelling and good at what they do. For us, we’d give the edge to Celia because we’d just want the chance to see what else she could come up with.

America clearly felt the same way, as Celia Muñoz got the call live from Terry Crews to wrap up the show and join the finals. In a way, that gives Sofia big bragging rights as both her Golden Buzzer (Mayyas) and now her Wild Card pick are in the finals.

Next week, it all comes down to this. The finals are made up of the Top 2 acts from each of these past five weeks, and one more Wild Card act chosen by America’s Instant-Save vote. So who all will be there?