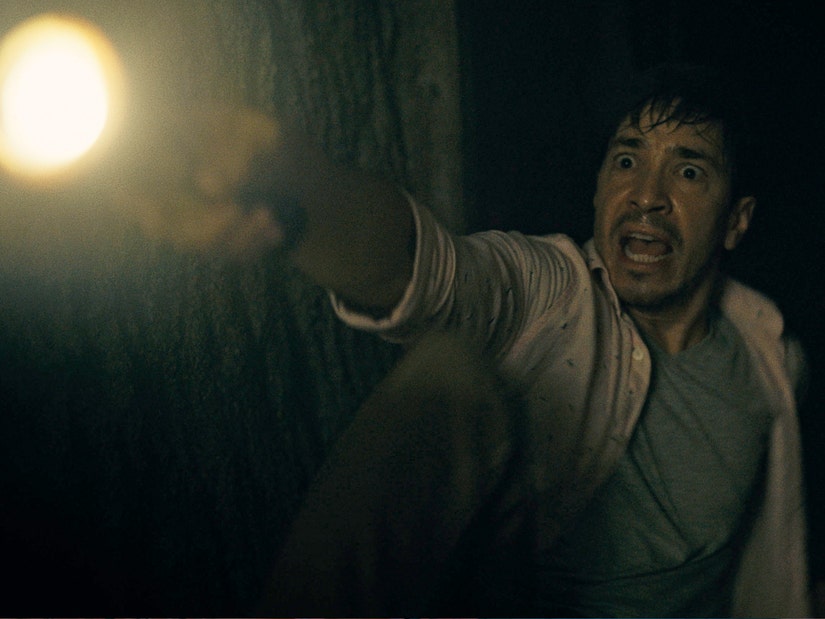 The director spills on the secrecy around the twists, casting the "attractive and repulsive" Bill Skarsgard and if the horror film has changed his outlook on Airbnbs.

Let's get this out of the way: "Barbarian" is a movie that's best seen by those who know as little as possible about it. Even the genius trailer does a pretty great job of hiding what the film is actually about, while setting the overall uneasy tone of the project.

So, while we won't dive into any spoilers with this interview with director Zach Cregger, anyone wanting to go in completely blind should just stop reading now.

The movie revolves around a young woman (Georgina Campbell) who books a rental home for a business trip in a rundown area of Detroit. When she arrives to the house, however, "a strange man" (Bill Skarsgard, of "It" fame) is already there ... but she decides to spend the night anyway. Only teasing what awaits her, the official synopsis for the film says she "soon discovers that there's a lot more to fear than just an unexpected house guest."

TooFab caught up with Cregger ahead of the movie's Friday opening, where he reacted to some of the praise coming from A-list directors, explained what went into keeping the film's twists a secret and shared how casting Campbell, Skarsgard and Justin Long may play with and/or subvert some expectations.

First off, congratulations on the film. We've already seen tweets from directors including Edgar Wright, Fede Alvarez and James Gunn all praising it. Can you talk about what it means to have that support?

It's amazing, it's very gratifying. It's hard for me to let praise in, I don't know what it is about me but it's hard to really believe anything positive sometimes and I'm really doing my best to try and be open and receive these in the manner they're given. I'm so grateful to those guys for saying such kind words, it really means a lot to me.

The big thing almost everyone is saying about this movie is to go into it blind, know as little as you can … how tricky has it been doing press for a movie where you also have to be careful to not reveal too much? It's almost MCU-levels hush-hush.

I feel like at this point, I've done enough interviews where I have my little mental boundaries of how to have a conversation without going too far. And I tend to say something along the lines of the trailer is true to the tone of the movie but it's really only showing you the tip of the iceberg. So if you watch the trailer and you think you know where it's going or what's gonna happen, I promise you that you don't and I can be very confident in making that promise because I didn't know as I was writing it. I didn't know where it was going, so there's no way you know where it's gonna go. It will surprise you. 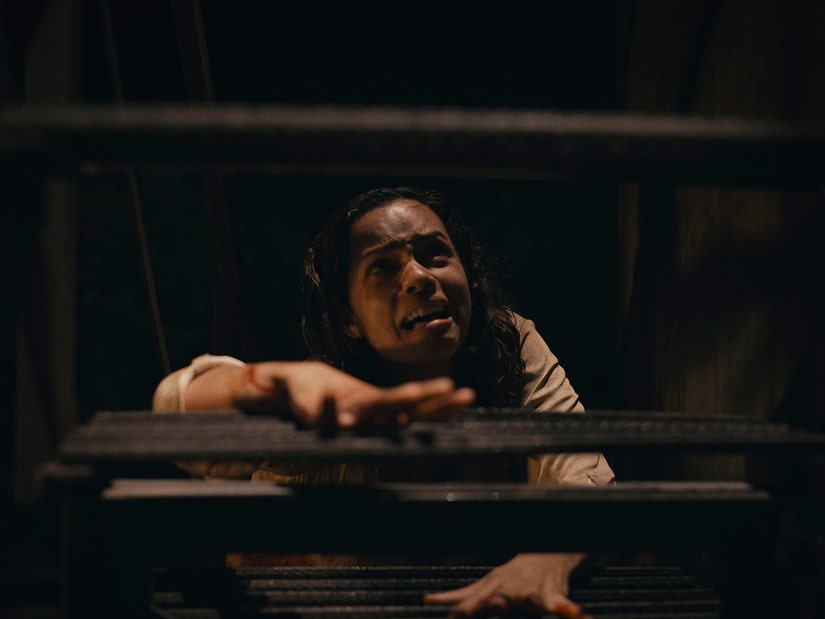 When it came to crafting the marketing for the movie, what were the conversations like for what you did and didn’t want to reveal? Where there disagreements on that?

I was certainly anticipating there being friction and it was very clear on our first big marketing Zoom that everybody was on the same page and it wasn't a fight I was going to have to wage.

Disney was, right out the gate, enthusiastic about the movie and knew how to sell it and how to protect it. When it came time to cut the trailer, they cut the trailer. I was working on another trailer with them that was not nearly as good. As we were kind of pulling our hair out and they were indulging me on all my stupid ideas, they were like, 'Take a look at this thing, it's a little weird, just take a look at this' and they showed me the trailer that exists. I was like, 'Thank god, thank god there's a good one, run that.' It was a dream. They're great at this, this is what they do.

If anyone knows what they're doing, it's Disney. Congrats on getting in there too.

That was never supposed to happen. This is like an indie movie and my financier tragically died and at the eleventh hour, New Regency swooped in and bailed us out of trouble. We were never supposed to be a corporate thing with a wide release. Sometimes fate has other plans.

Has this movie changed your outlook on Airbnbs at all?

No, no. You always have to be very aware of your surroundings. When you're entering an Airbnb, you're not entering a hotel. You're entering someone's home. So you need to be a little more attentive to what's going on. That should be obvious to everyone, it's strange that it's not. But I'm not trying to chip away at Airbnb's business model. I'm going to continue to be a client, I love it!

Just check out the basement beforehand ... 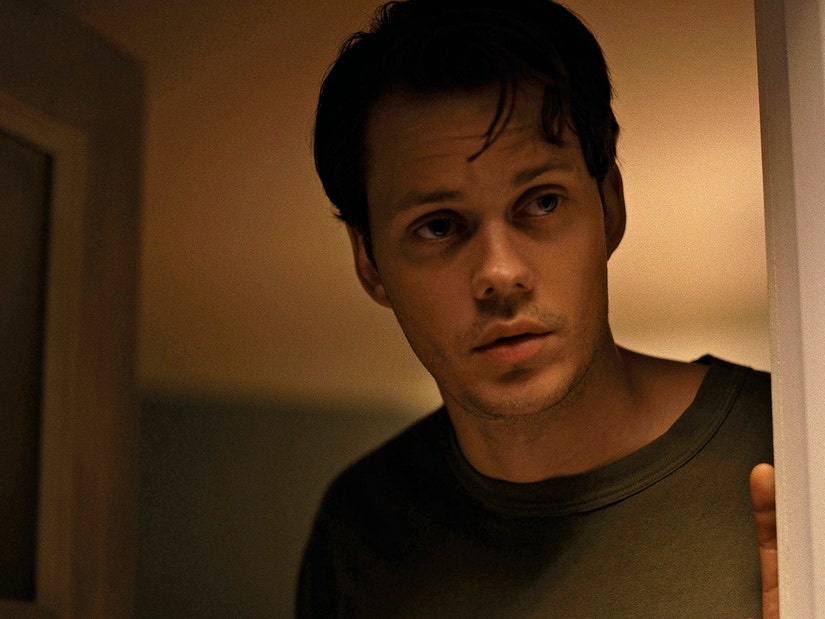 Can you talk a little bit about casting Georgina, Justin and Bill. How much were you leaning into what's maybe expected from them and subverting those expectations?

With Georgina, she was the first person we cast and I knew once I got her that the movie was going to be okay. The most important piece of the puzzle and she's such a brilliant, gifted actor, I was just beside myself. I saw her in 'Black Mirror' and said, shoot, she's the one.

And then with Bill, Bill had this remarkable quality where he is simultaneously attractive and repulsive and it's no secret that this movie, a big part of the first act is trying to decode this guy, trying to decide how to categorize him. Is he a friend or foe? The beauty of Bill is we're all wired to be wary of him because he is the most terrifying monster of the last 20 years of cinema. So I knew that was going to be working to our advantage going in, so I was very, very happy to have him.

And then Justin Long, I think he's just a crazy underrated actor, I think he's underutilized, I think he's incapable of having a false note, I think he's so funny and so charming. It's not so much a spoiler to say he plays a very vile human being in this movie and to put a character like that through the prism of Justin and all of his golden retriever puppy dog-ness is a really amazing way to go. I'm blessed, very blessed to have them.

You're playing a bit against type yourself directing this, considering your background in comedy. How was it blending horror and comedy for you here -- as there are some funny moments amongst the horror?

This was not a calculated thing for me. I didn't set out to write a movie, I just wanted to write a fun scene and I just kind of followed my fingers and this is where it took me. I think horror and comedy are related, they're both all about surprise. The anatomy of a joke is not dissimilar from the anatomy of a scare. It's about subverting expectation, zigging when the audience expects you to zag, using tone and timing together to create a visceral reaction. I do think my time in comedy was, in a lot of ways, just training for horror.

You need it to break the tension every now and then too.

My favorite horror movies are all about tension and release and the best release is a laugh, so I want to use that. 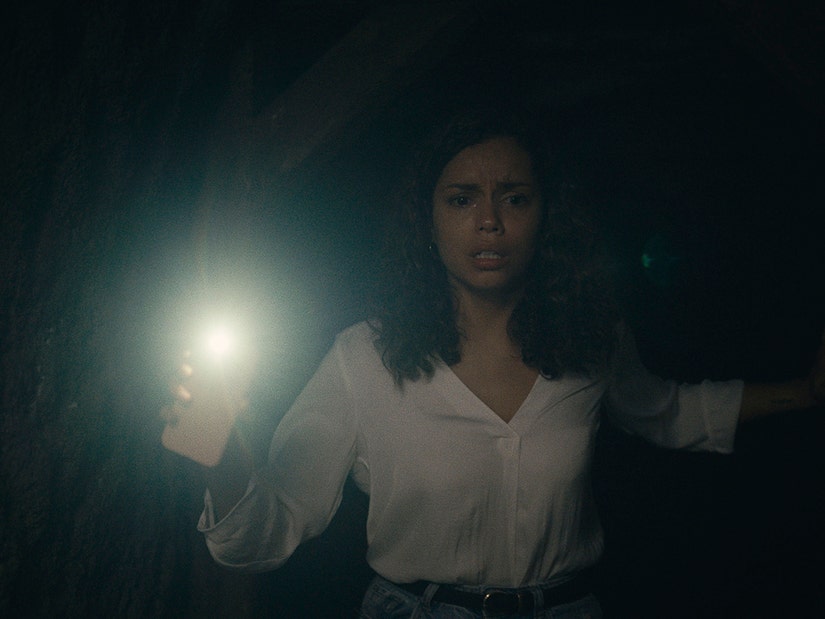 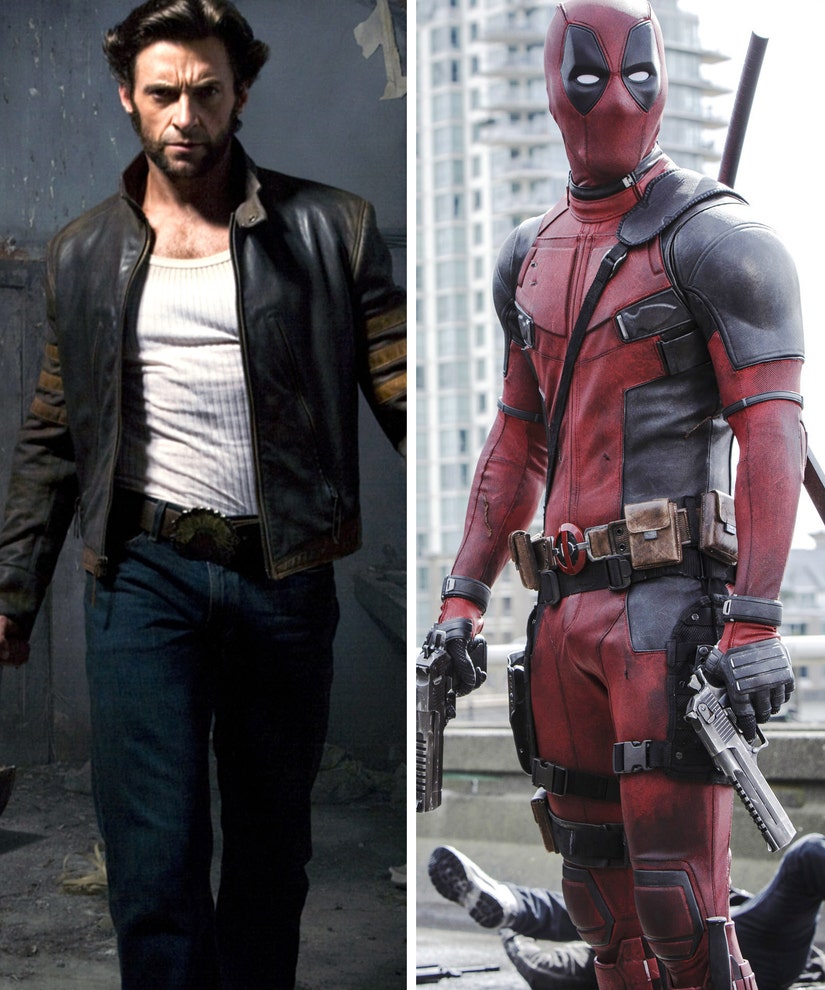 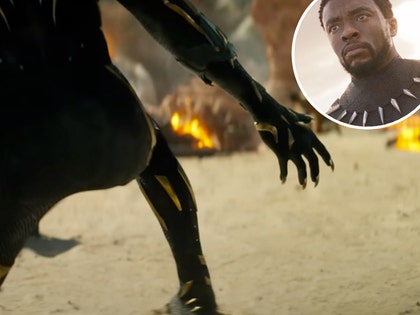 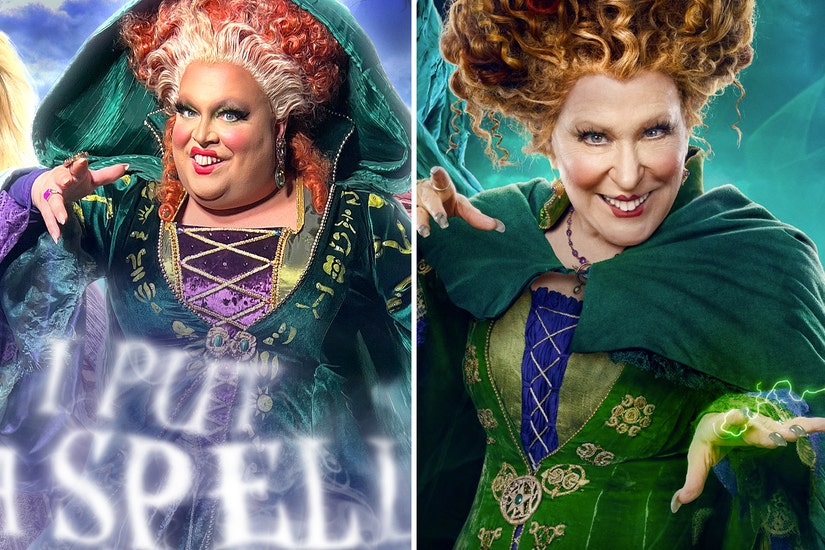 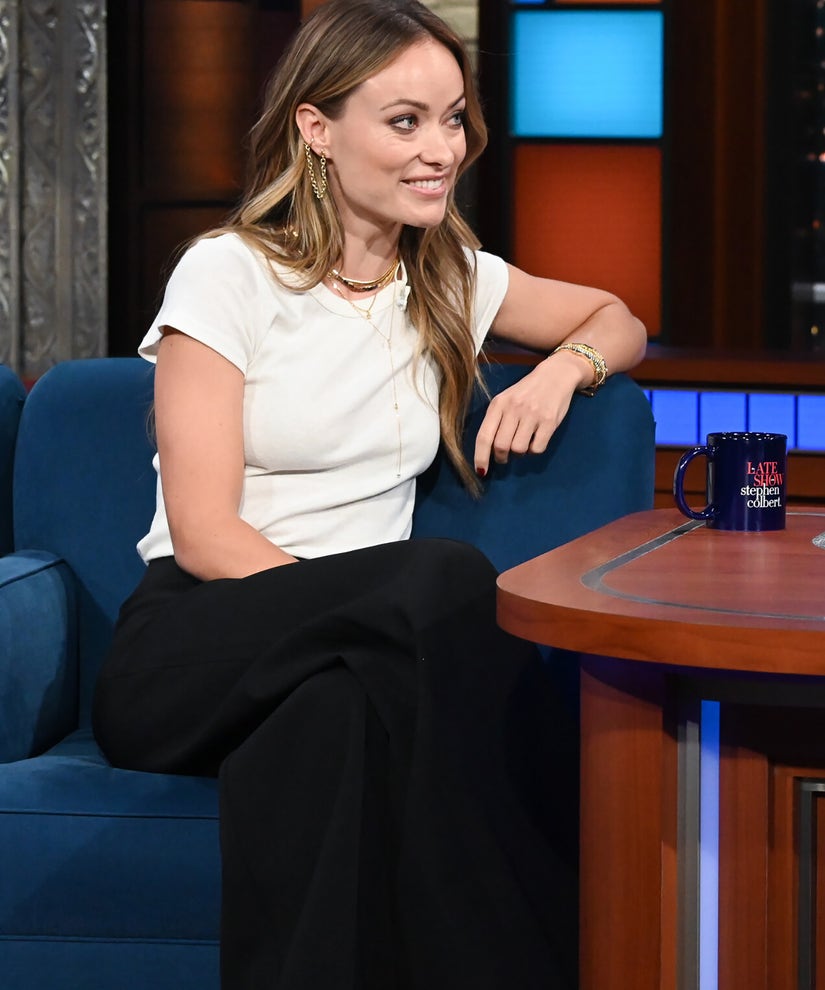 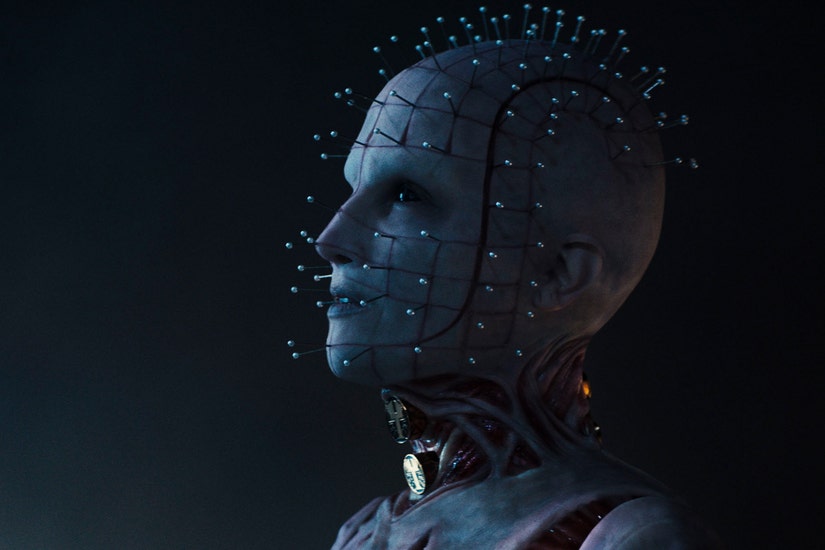