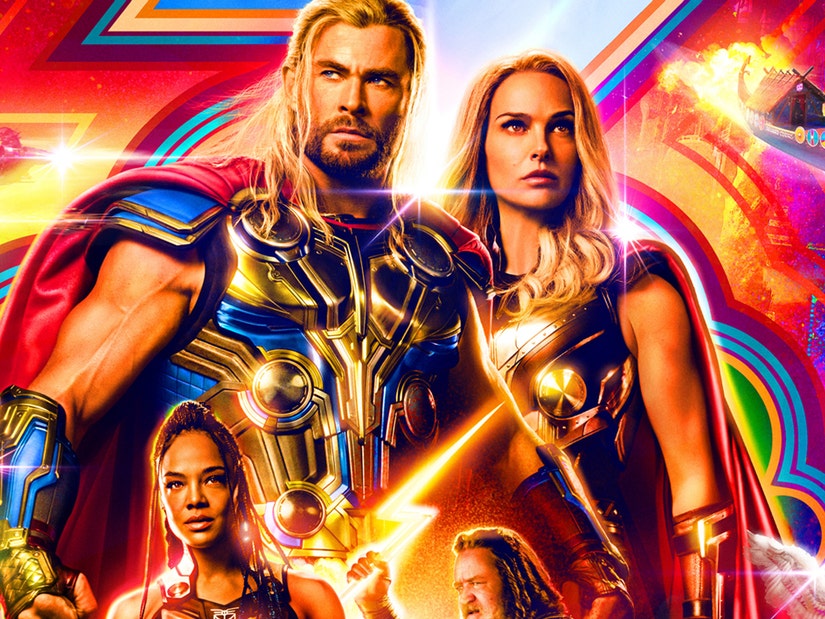 "It looks even worse now"

Disney+ has taken notes on "Thor: Love and Thunder's" iffy CGI effects, but to no avail according to Marvel fans.

Some claimed the visual effects issue was due to heavy reliance on a filming technology called The Volume as well as the strict deadlines for studios and CGI artists due to the demand of Marvel's films and television series.

After fans criticized the latest installment of the Thor franchise for its wonky CGI effects, the Walt Disney Company updated the questionable scene when making the film available on its streaming platform.

they patched Thor: Love and Thunder for the Disney+ version and it looks even worse now 💀💀 pic.twitter.com/cMMv9zigfB

Marvel fans quickly took to Twitter to share their thoughts on the new CGI update -- which were mired in disappointment.

A key scene that features the lackluster CGI sequence features Heimdall's son, Axl, contacting Thor to rescue him and other Asgardian children, who are being held in the Shadow Realm, via floating head projection.

"They patched Thor: Love and Thunder for the Disney+ version," one user wrote. "and it looks even worse now 💀💀"

Its a hologram projected by a preteen. Its not meant to look good

I didn’t see the original version before the fix but based off these pictures and what was mentioned by Axl in the movie, I kind of like the shitty cgi before the fix just cause it gives it more of that “idk how to control my power yet”…this is just a still image tho so idk

"Never thought we'd be at the stage of patching movies like they're video games 😭" another Marvel fan tweeted.

The updated CGI makes Axl's floating head sharper and has added glowing beams that protrude from his head. There is also a chromatic aberration effect that is washed over his entire face.

Though the image may look clearer, fans pointed out that the updated special effects look odd while the CGI is in motion.

Some Marvel die-hards have theorized that the lackluster CGI is intentional, and is the result of Axl learning to master his powers of astral projection, "It's a hologram projected by a preteen. Its not meant to look good," a user said.