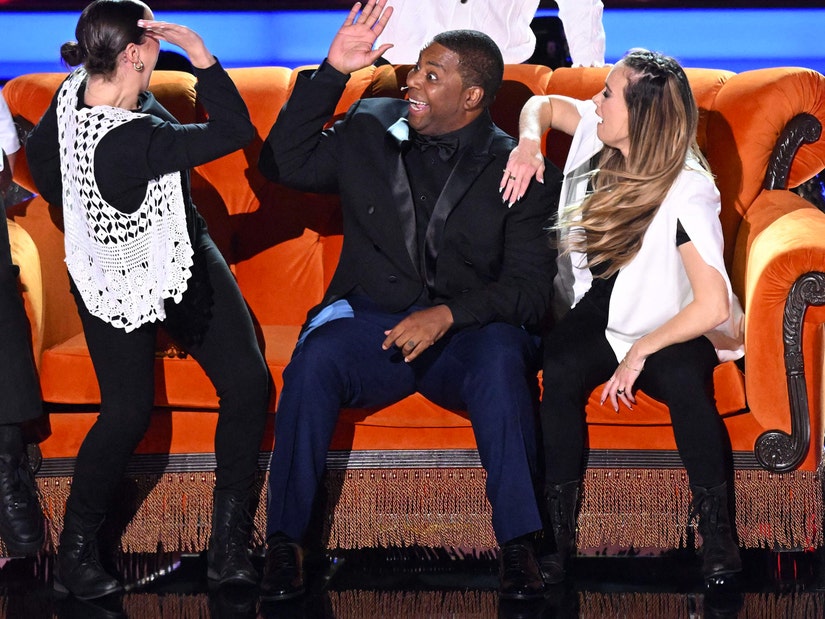 The "Saturday Night Live" veteran also hilariously alluded to the infamous 2022 Oscars slap in his opening monologue, with Bowen Yang bringing it up again later.

2022 Emmy Awards host Kenan Thompson not only delivered a hilarious monologue during the award show but also surprised viewers by showing off his dancing skills in an unexpected opening performance.

To kick off the 74th Annual Emmy Awards on Monday evening, which took place at the Microsoft Theater in Los Angeles, the "Saturday Night Live" veteran started off by introducing the show and making some jokes about how much everyone consumes television.

"From Netflix and chill, to Paramount+ and eating dinner alone," quipped Kenan, 44, who called himself the "Mayor of Television."

However, before going into a full-on monologue, Kenan danced -- yes danced -- alongside professional dancers on-stage to remixed versions of iconic television show theme songs, including "Friends," "The Brady Bunch," "Law and Order: SVU," "Stranger Things," and the "Game of Thrones" prequel, "House of the Dragon." He even had some costume changes, rocking a Targaryen blonde wig during the "Game of Thrones" dance routine.

Check out his entire opening performance, above.

A while later, the "Kenan" star then delivered his actual monologue -- he is a comedian after all -- dropping some funny jokes and throwing jabs at Leonardo DiCaprio, Netflix, and of course, the 2022 Oscars, in addition to some key-nominated television shows, such as "Succession."

"Some of you may know me from my NBC sitcom, 'Kenan.' Thank you very much, just not enough of you to keep it from getting canceled," joked Kenan, later adding, "Tonight's show is airing on NBC and Peacock. Now, if you're older than 50, Peacock is NBC’s streaming service. And if you’re under 20 years old, NBC is a network that used to show 'The Office.'" 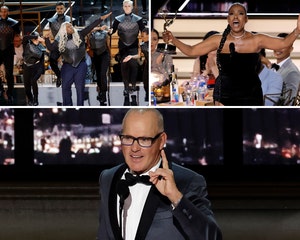 Poking fun at Leo -- and his history of appearing to only date women under the age of 25 -- Kenan said, "Zendaya just turned 26 last week. 26 is a weird age in Hollywood. I mean, you're young enough to play a high school student but you're too old to date Leonardo DiCaprio."

He also made some jokes about Emmy-nominated shows, including "Succession," "Stranger Things" and "Squid Game."

One of the best jokes from the monologue was directed at the lack of diversity on "Succession," in which Kenan quipped, "'Succession' is the only show that’s got three brothers, and also no brothers."

Kenan also dragged Netflix, which has suffered a huge loss of subscribers. 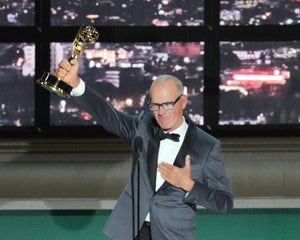 "If you don't know what 'Squid Game' is, it's a contest you enter when you're in massive debt and desperate for money. Joining the cast next season, Netflix,'" he joked, later adding, "Fun fact, ['Abbott Elementary'] took all their Emmy marketing money and used it to buy supplies for public school teachers. That's what it's all about. It’s about helping those in need. That's why all my salary from tonight's show is going to help Netflix. That's two, Netflix. Oh, they ain't never gonna give me a comedy special."

Meanwhile, to no surprise, Kenan also hilarious alluded to the infamous 2022 Oscars slap in his opening monologue, with his "SNL" co-star Bowen Yang bringing it up again later.

"Regina Hall is here tonight, fresh off her hosting gig at the Oscars," he said, referencing Hall, who was one of the three hosts at the awards show last March. "I'm surprised she's at another awards show. Girl, you brave."

Later on, Bowen joined Kenan on stage and referenced the Oscars drama.

"They made me the Emmys backup host, just in case something went wrong with you," said Bowen, to which Kenan replied, "Oh, that's sweet, but what could possibly go wrong?"

"Did you see the Oscars?" Bowen joked in response. 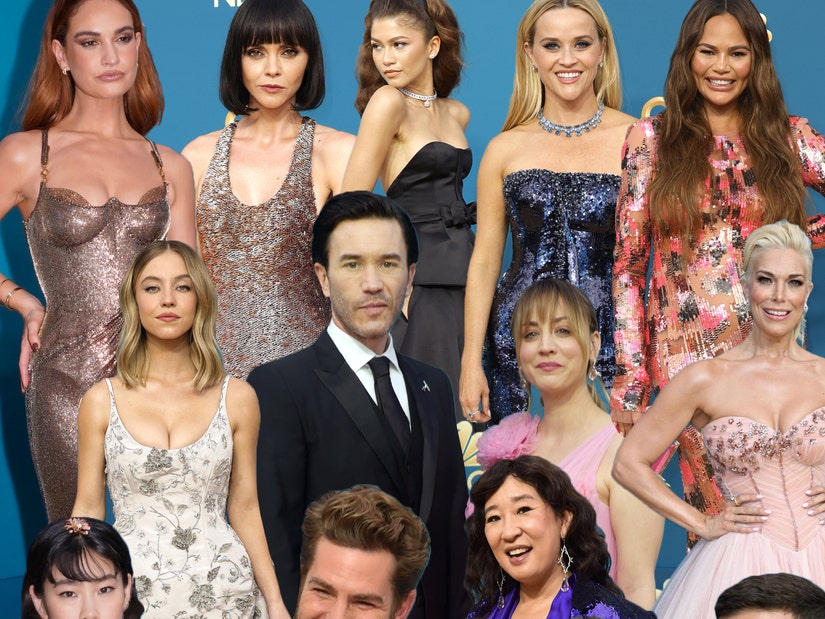