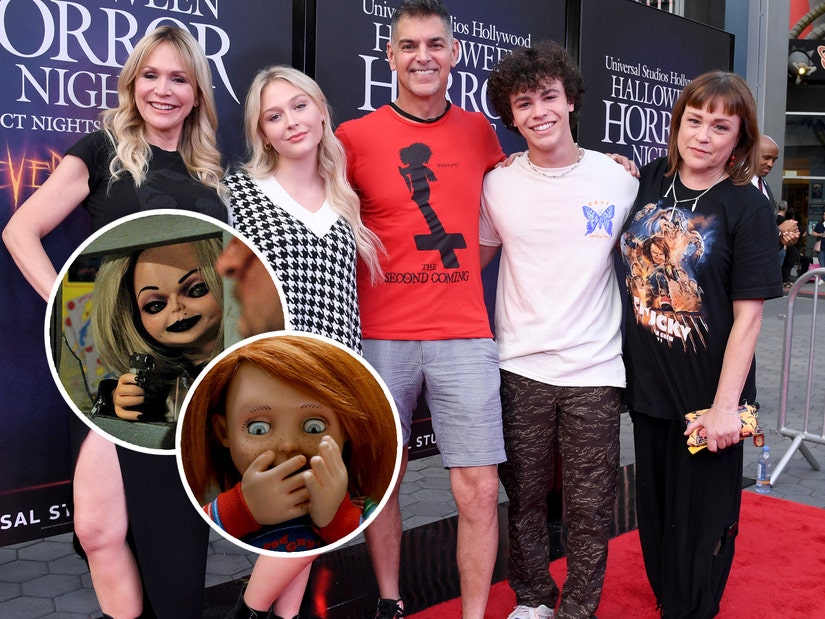 The stars praise Jennifer Tilly ... as well as Lachlan Watson joining the show as Glen/Glenda.

The first season of "Chucky" included one death by dishwasher, a murderous army of Good Guys and the titular doll rocking a Hello Kitty Halloween costume. But, according to the show's cast, the insanity is only just getting started.

Both the finale and trailers for the new season have teased the return of the doll version of Tiffany Valentine, voiced by Jennifer Tilly, who already also plays a possessed version of herself in the show. It was also confirmed that "The Chilling Adventures of Sabrina" star Lachlan Watson has been cast as Tiffany and Chucky's twins, Glen and Glenda, while guest stars include Tilly's "Bound" costars Gina Gershon and Joe Pantoliano, as well as the actress' BFF Sutton Stracke of "Real Housewives of Beverly Hills" fame.

TooFab caught up with some of the show's cast at opening night of Universal Studios Hollywood's Halloween Horror Nights, where they teased what to expect when it returns in October ... while doing their best not to reveal any spoilers in the process.

"We can't tell, we can't give anything up. You guys are gonna have to watch!" exclaimed Zackary Arthur, who walked the red carpet at the event alongside Christine Elise.

And while Elise's Kyle seemingly died in an explosion last season, she was confirmed to return in Season 2. "They didn't say in what capacity," said the actress, who added, "They announced that I'm there, but not how." And, in a show filled with body swaps and possession, anything's possible.

"Played her at 17, playing her at 50, I don't think many actors get to do that once, let alone do it twice," she added. "And as an actor of a certain age, I'm always so grateful to people that give me work. To come back to the family with Don and make new family, it's been really awesome."

As for what to expect this time around, Arthur said "Season 2 is even crazier than the first one," before Elise thanked the fans for their support so far.

"They were really really loyal and patient with Season One, letting it roll out the way it did and falling in love with these guys, the newbies -- that's also not a given. People could be like, 'Look at these new kids,' but they completely embraced them which is fantastic," she said. "I think they were surprised the direction the show went and I think they'll be surprised again in Season 2 because [creator Don Mancini] just keeps it crazy all the time."

Elise agreed that being able to get people like Gershon on the show for Season 2 is a testament to how strong a series it is -- adding that she's a "huge fan" if it herself. "I'm not always a big fan of all the projects that I'm in," she told TooFab, "I'm not going to say the ones I'm not a fan of but I've not always been a big fan of everything. It's not a natural thing to assume. These journeymen actors who want to be part of it, it's fantastic, makes me feel even luckier than I already do." 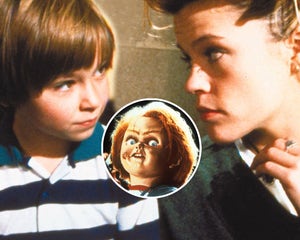 OG Child's Play Stars Are Back for 'Chucky' -- Inside Their 'Surreal' Return!

Also returning for the second season Is Alyvia Alyn Lind and, maybe, her on-screen and off-screen mom Barbara Alyn Woods. The last time viewers saw Woods, she was seemingly trampled to death after Chucky went on a killing spree at a movie theater in the finale.

"Did I survive? Tune in, that's all I can say," Barbara teased, before the mother-daughter duo opened up about working together on the show.

"It was a blast, it's like having your best friend on set," said Lind, 15. "Seriously, we'd be rolling and i'd be like, 'Check my teeth, check my teeth, is there something on my face? Is my hair okay?'"

"It's so great working with someone you know so well and love unconditionally. We speak each other's language and it's just great working with a really good actor, just having a good scene partner," added her mom. "I can see her closeup and personal, usually I'm watching on a monitor three doors down and it's just ... I feel so grateful to Don that he gave us this experience."

The Season 2 trailer shows Lind's Lexy going through it -- and doing drugs -- after the death of her boyfriend, Junior Wheeler.

"Lexy's been put through the wringer and you'll just have to tune in to see if she gets through it," said Lind. "She's a really, really, really strong character but Chucky might have just pushed her over the edge."

She also joked she's ready to start a "petition for Lexy to be happy" further down the line. 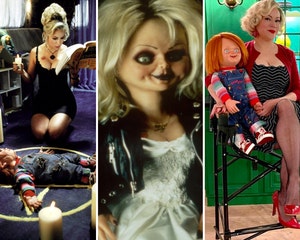 Barabara also praised Tilly, saying she's "the biggest fan of Jennifer's," someone she said is "so approachable and nice and one of the girls, she's so great." Alyvia went on to call Tilly "the purest soul ever," before showing some love for Watson.

"Working with Lachlan this year was absolutely amazing," she said. "We didn't get many scenes together, but working with them was such and incredible experience. They are truly an amazing person."

Teasing the season as a whole, Alyvia said viewers "will never know what's coming next.

"You'll be on the edge of your seat the whole time. So many random things happen that you would not expect at all. It is a roller coaster of a season," she continued. Barbara, meanwhile, also celebrated the humor Mancini brings to the series -- adding, "It's gonna be a great season, it really is."