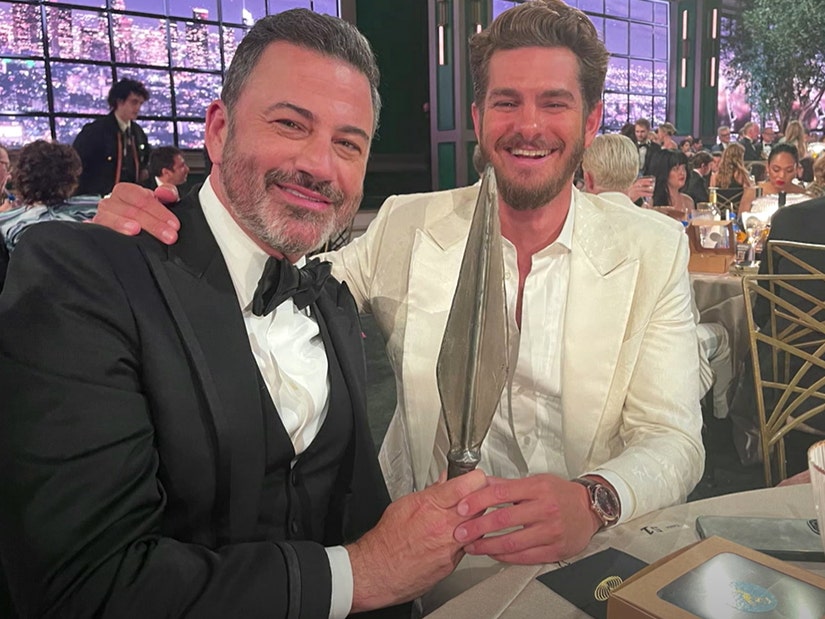 "Just as Spider-Man would have done were he in an undercover situation. His shirt came open. My wife almost had to be resuscitated."

Andrew Garfield might actually be Spider-Man in real life, according to Jimmy Kimmel.

If the late night host is to be believed, an opening dance number at the Primetime Emmys on Monday ended up going awry and it was Garfield's quick reflexes that saved everyone at his table.

"These dancers come out with spears," the comic recalled on "Jimmy Kimmel Live!" Tuesday night. "And they're banging the spears around. And about halfway through the dance, the tip of one of the spears comes flying off the handle straight at us -- at our table. And out of nowhere, and I swear to god this happened, Andrew Garfield lunges forward and snatches it out of the air. Like Spider-Man!”

"Like he might really be Spider-Man," Kimmel said of the actor who has portrayed the Marvel hero in three films. "Just as Spider-Man would have done were he in an undercover situation. His shirt came open. My wife almost had to be resuscitated."

Kimmel ended up keeping the spearhead as a memento and shared with his audience a snap of him with Garfield and the rogue stage prop following the incident from inside the Emmys.

"Well, here I am with the superhero who saved our lives," the comic said. "With great power, comes great reflexes." 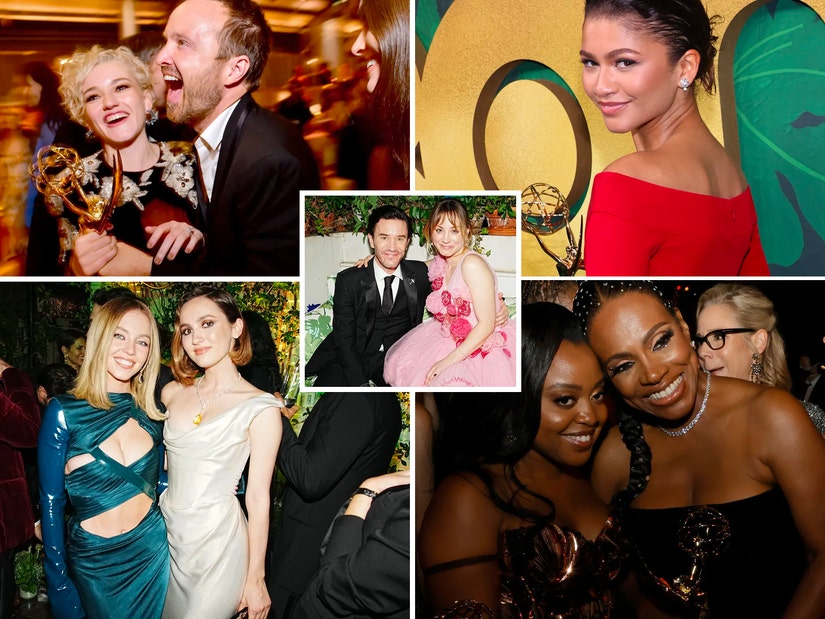