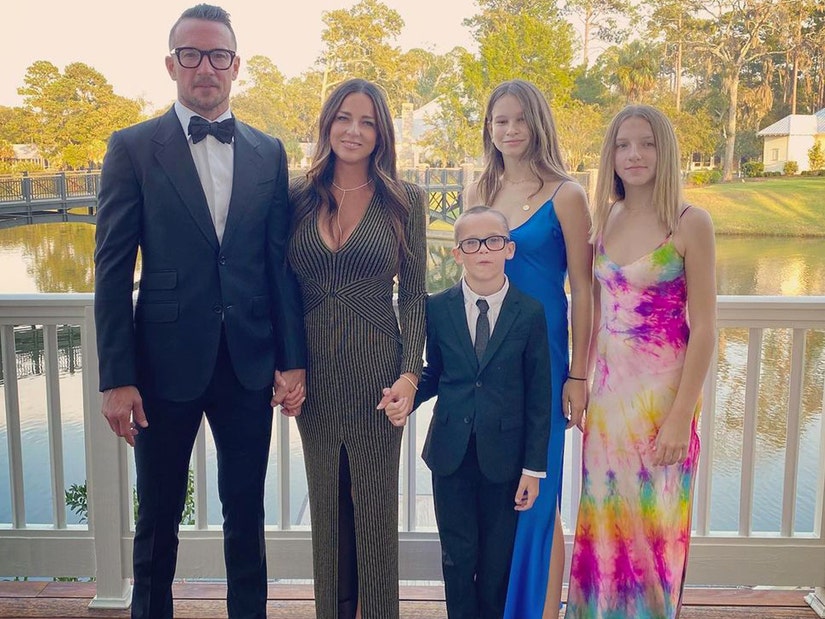 The two open up about the "challenging road" they faced since his affair in their first posts about the scandal since it broke in 2020.

It's been nearly two years since former Hillsong pastor Carl Lentz was exposed for cheating on his wife, Laura -- but the two are now "hopeful about what is ahead" for their family.

In November 2020, Lentz was fired from the megachurch for alleged "moral failures" and "breaches of trust." Shorly after, he came forward and confessed to having an affair, saying he had been "unfaithful in my marriage, the most important relationship in my life and held accountable for that."

Sharing his first post since his confession this week, Lentz not only debuted a new, shaggy-haired look, but also confirmed he, his wife and their children are still a family unit, after a "challenging" 22 months.

"It's been a challenging road but we are alive, we are at peace and thanks to the grace of God we are TOGETHER," Letnz wrote. "Not sure what the future holds for us, but we do know that we face it as a family and for that I am so thankful."

"My deepest thanks to our friends and family that have shown us such unconditional love and grace when we have desperately needed it," he continued.

"Forever grateful.. we are hopeful about what is ahead!"

Laura shared photos from the same family photoshoot to her page, providing her own caption and insight into the last two years.

"Yep, it has been challenging and hell yeah it’s taken a LOT of work the past 22 months (but who’s counting 😂) to make our marriage what it has become, & we will never stop working on ourselves, for this marriage and for our kids!" she wrote.

"I know there are many that don't or would never do what I chose to do, and that's ok, it's not for everyone!!" she continued, addressing those who may wonder why she stayed with him. "I look forward to sharing our story, how I came to that conclusion and I think it's going to help a lot of people."

Addressing her husband directly, she said she was "so proud" of him and of "the responsibility he's taken!"

"Mostly I'm grateful for a man who humbled himself & didn't try to defend himself," she concluded. "He has kept quiet publicly and he has remained focused on the one thing that matters most - our family!"

After Lentz's confession, a woman named Ranin Karim appeared on "Good Morning America" and claimed to be the other woman in the situation. According to Karim, the two met at a park in New York City and continued to see each other there before he eventually took down her number. She said he refused to reveal his last name and told her not to Google him -- simply telling her he worked with, managed and traveled with celebrities.

After she did look him up, she allegedly confronted him about being married. Karim told GMA she tried to break off her relationship with Lentz numerous times, but he kept coming back for more. She claimed their affair was discovered by his wife -- saying, "He called me at midnight and he said ... 'My wife find out. And I gotta go. She saw the text messages.' I was devastated."

While Lentz admitted to having an affair, he never disclosed or confirmed the other woman's identity.