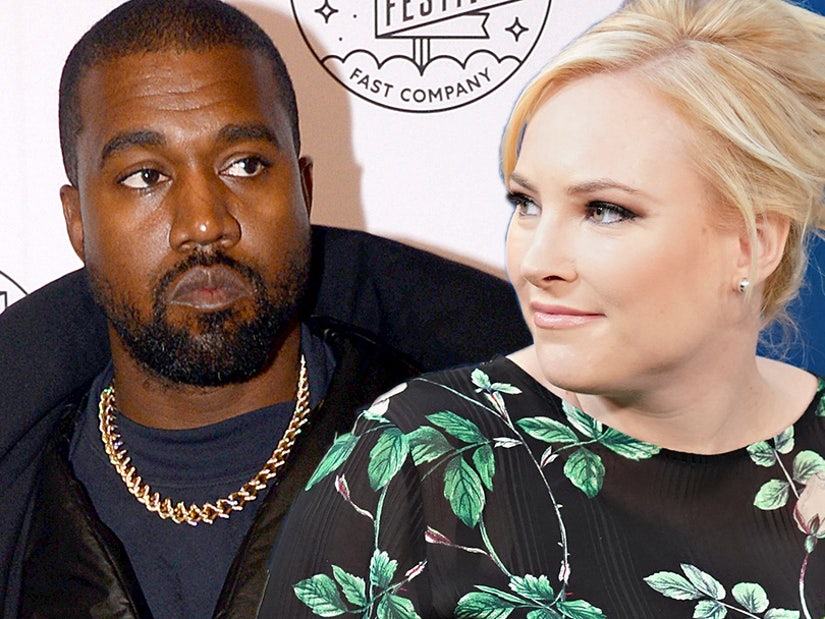 "The funny thing is I actually can't be Anti Semitic because black people are actually Jew also," West wrote in the tweet that has since been removed from the platform.

Kanye West's latest tirades have resulted in him being restricted on one social media platform and one of his latest tweets removed on another, but not before Meghan McCain joined the public outcry against it.

After Instagram restricted Ye's account for violating its policies late last week, deleting some content as well, West returned to Twitter for the first time since 2020 where he almost immediately got in trouble on that platform as well. 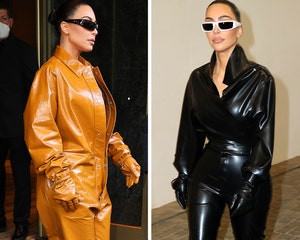 Twitter took down one of West's recent tweets for violating its policies, but not before the tweet was captured and began circulating. In it, the rapper wrote, "I'm a bit sleepy but when I wake up I'm going "death con 3 on JEWISH PEOPLE."

He further attempted to get ahead of the inevitable reaction to this statement by adding, "The funny thing is I actually can't be Anti Semitic because black people are actually Jew also."

The Instagram post that got West in trouble on that platform, an exchange allegedly between him and Diddy, was also flagged by many followers as using anti-Semitic language.

"You guys have toyed with me and tried to black ball anyone whoever opposes your agenda," West wrote in the tweet, which only remained live on the platform before about an hour.

That was enough for it to start to go viral, though. McCain captured the general mood of the room with a post to her Instagram page where she shares a screenshot of his tweet. 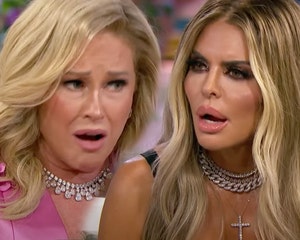 "A reminder - antisemitic hate crimes are at their highest levels in America in decades," she wrote in the caption to her share. The former "View" co-host noted that it's become "common place" in America to hear anti-Semitic language everywhere from sitting members of Congress to celebrities.

"It is a cancer and it is everywhere," she wrote, emphasizing that she has "zero tolerance" for it. "It is an existential threat to American life and our Jewish friends and family both in our country and outside of it."

Not mincing her words, McCain said that West and his behavior "are trash," before criticizing the Republican party for embracing any famous person. "We are supposed to be anti celebrity and for the average working men and women," she wrote. "But I guess that went out the window years ago." 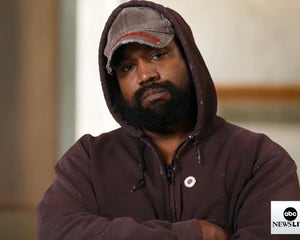 "This man is no icon, he has no wisdom I care to hear," McCain continued. "Do not look the other way from this statement -- it is the public hatred of Judaism and Jews and full f---ing stop there is NO place for this anywhere."

While it's not made clear what West was referring to with his controversial tweet, it did come as part of a series referring to Iranian youths. The removed tweet was followed by two more, which remain on West's page.

Who you think created cancel culture?

Iranian youth are leading a revolution against 44 years of dictatorship. The world needs to support them and honor their courage.

West has not yet returned to the Twitter to respond to the platform's actions against his tweet. The message was up for an hour with "tens of thousands of engagements," per The Hollywood Reporter. Now it's been replaced with a notation that it "violated the Twitter Rules."

This social media situation is just the latest in a string of controversies involving West, with the biggest being his appearance alongside Candace Owens wearing White Lives Matter shirts at Paris Fashion Week, lashing out at those criticizing his statement like Justin Bieber, Gigi Hadid and John Legend -- and slamming ex-wife Kim Kardashian again. You can see all the celebrity reactions to all of that below: