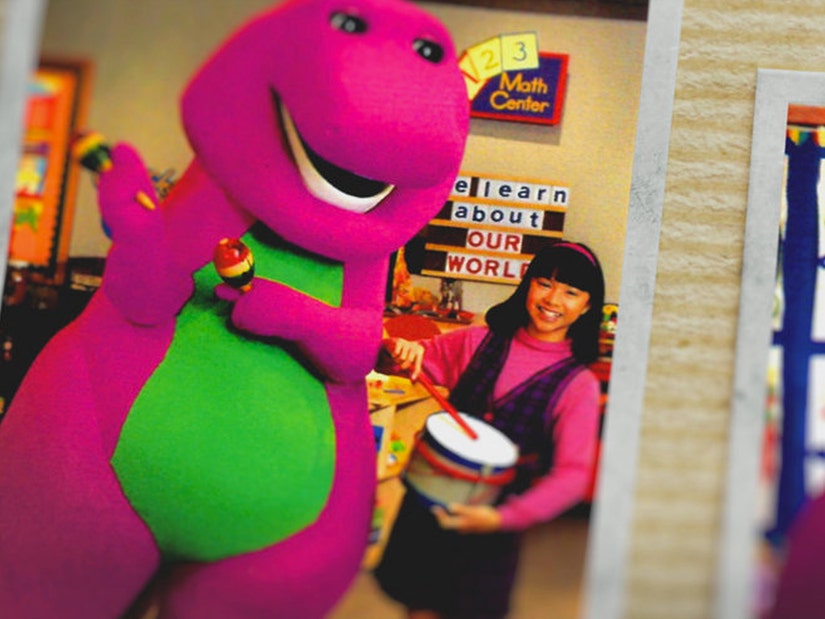 Some of the show's kids speak out about turning to drugs after it ended, before talking about a shocking shooting involving the son of its creator.

Dropping today on Peacock, the doc "I Love You, You Hate Me" takes a look at the dark side of "Barney & Friends."

While the show was beloved by children who watched it from 1992 until its cancelation in 2010, the documentary explores the anti-Barney backlash, digs into the show's haters while also highlighting some of the darker tales associated with its cast and crew.

As the show soared in popularity, so did a rise in "Barney bashing" -- which ranged from destroying plush dolls to online groups like the "Jihad to Destroy Barney." And those involved with the show -- both on and off-screen -- certainly felt that anti-Barney sentiment.

"The first time I really heard about Barney bashing was when I was nominated for a Grammy and I was interviewed by a local radio station. The phone calls came in and there were people saying, 'His music drives me crazy. I'd just love to get my fingers around that guy's neck,'" said the show's former music director Bob Singleton.

"I was surprised that they felt like they wanted to do me physical harm. And it wasn't just one or two phone calls. There was more than that," he continued. "I got to the point where I, back in the good old days, I unlisted my phone number. I was in fear. I got actual death and dismemberment of my family emails. I really don't want to revisit it, that was a terrible time. It hurt so bad."

Bob West, who was the voice of Barney from 1988-2000, said his email address got leaked online and he was inundated with hateful messages from people he believed were all middle school aged. 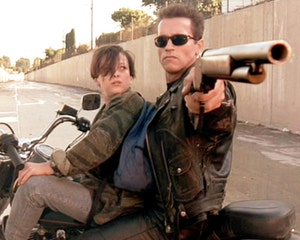 The actors who appeared on the show as kids also felt the backlash when they attempted to return to the "real world" and re-enroll in school with their peers.

"I think I was 13 by the time I finished with the show. I just wanted to be a normal kid," recalled Pia Hamilton. "There were always those people that were the Barney haters. People who would call me the Barney girl."

"People would call me Barney lover and they would come up to me and say, 'Barney must have molested us.' I'd get that all the time," said fellow former child star Hope Cervantes. "And that was painful given my history of actually going through that. I did turn to drugs and alcohol to cope, to deal. I did wear black clothes and black lipstick and called myself Black Death, but honestly at the core of me, I am all of those things. I am sweet, I am compassionate and I'm very loving. But it was hard, I felt the need to prove myself."

It was a similar story for Leah Montes, who said her return to school was "not well received" at all.

"I didn't want to become the Barney girl, goody two-shoes, so instead I took to bad habits," she said. "If you wanted to have a drink, yeah, I will have a drink with you or smoke, I would do that too. I'd rather be known for that."

Rickey Carter said that when he left the show, "the streets was calling" him -- and he "answered the phone."

"I was doing some of the wrong things in life and hanging around the wrong crowd, drugs and that nature. It got a little tough, real rough," he said, adding that, in 2004, someone he "thought I knew" pulled a gun on him.

"[He] told me 'Give me everything' and at that point I just didn't know what to do. I jumped out the car and that's when he shot me in the spine and I was paralyzed," said Carter. Though doctors apparently told him he would "never walk again," after a year of rehab, he was able to. "It was a miracle," he added.

"I had to realize things I was doing in my early 20s was not right and I was punished because I was raised right," said Carter. 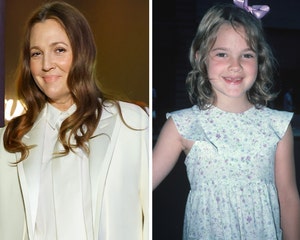 A good chunk of the second half of the documentary revolved around Patrick Leach, the son of Sheryl Leach -- who created the purple dinosaur as a friend for the boy when he was just two. She eventually left the show in 1998 to spend more time with her kids, with Leach admitting in an interview on "TODAY" that he was often teased as a teenager for his association with Barney.

"I heard some rumors that he was having a hard time. I was bullied for being on the show, so I could only imagine what Patrick went through," said child star Hope Cervantes -- while Leah Montes added, "I didn't realize and I guess this is shortsighted on my part that even he would be impacted by Barney and his association to it."

When he was 27, Patrick made headlines for shooting his neighbor in Malibu after accusing the man of trespassing on his land. The victim survived and Leach -- who was reportedly wearing a bulletproof vest during the shooting -- was arrested and pled no contest to assault with a deadly weapon. Though sentenced to 15 years in prison, he only served five and was released.

Charles Mittelstadt, who was a defense investigator in the case, appeared in the doc and said that while arguing for his release they said Leach "faced significant challenges as a child and entering early adulthood." They added, "When he was young, his mother was busy building a successful career and his father struggled with depression. Mr. Leach's parents separated when he was 14 years old and divorced three years later. During that time Mr. Leach developed a brain tumor --benign -- that was surgically removed. When Mr. leach was 18 years old, his father committed suicide."

"By his own admission, he became essentially addicted to marijuana, where it was a coping mechanism as a way to numb his emotions and not have to deal with the realities of life," added Mittelstadt. "It amped up his anxiety and amped up his paranoia to the extent that when he was confronted with someone he considered to be threatening and very aggressive, it distorted his reality and ability to deal with it in a logical way."

Brenda Lee, who worked for the Los Angeles District Attorney's office, said that while that helped explain his behavior, "I wouldn't say it justifies his behavior." She added that he took things "to another level," saying her impression of Leach was that he was "paranoid and very tightly wound."

Bob West, the voice of Barney, said the shooting incident "hit me so hard," while David Joyner, the man inside the Barney suit, said he could "understand" the situation "knowing what happened with [Patrick's] dad."

Neither Patrick or Sheryl Leach made themselves available to be interviewed for the documentary, though Patrick has since married and has two children.

"I Love You, You Hate Me" is streaming now on Peacock.