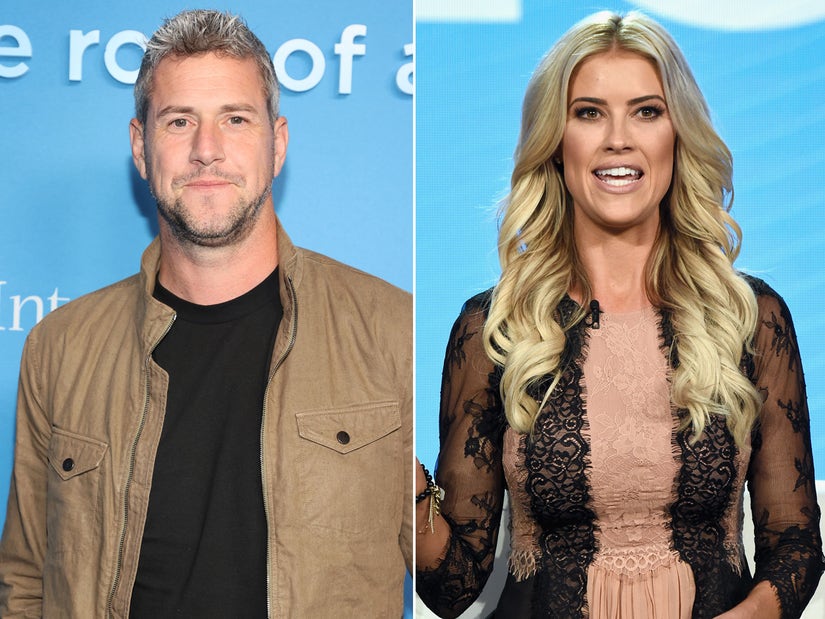 "Hudson will see a father protecting him when he had no voice, his childhood is not for sale."

Ant Anstead has dived into his Instagram comments to defend photos he shared of his son on the social media platform.

The British television presenter -- who shares 3-year-old son Hudson with ex-wife Christina Hall (née Haack) -- was hit with some backlash after he posted photos of Hudson on Thursday.

In the post, Anstead, 43, shared sweet shots of his son spending time with his grandfather, captioning the post, "Covid lockdown was hard on everyone. Finally the world is getting back to normal ... which means ... my parents made it to America! [...] That’s basically code for Nanna & Gramps spoiling Hudzo, tons of mum's home cooking and my laundry gets done for me 🤣. It also means sunsets and evening walks for dinner. Table for five x."

However, the post left some fans scratching their heads as it came after Anstead accused Hall of exploiting Hudson by featuring him on reality TV and in social media ads. Many of the motor specialist's followers called him out in the comments section of his post, claiming it appeared to be a double standard.

"I am happy for you but how is you posting pictures of Hudson with your family any different than Christina posting pictures of Hudson with her family?" one user wrote, while another commented, "Isn’t this also exploiting Hudson? I know a lot of celebrities will put stickers of their children’s faces to protect them more. Just seems judgmental to me to be ok with this level of exploitation but not another."

"I guess Christine can post pictures of Hudson and her family," another person chimed in. "I can see you not wanting him on her show but she should be allowed to post pictures of him whenever she wants, just like you do and everyone else post pictures of their kids on Instagram when ever they choose to."

Anstead subsequently hit back in the comments section, responding to a small handful of users. The "Celebrity IOU: Joyride" host defended his post and clarified that he's, in fact, cool with his ex sharing photos of their son, alluding that the issue involves Hudson being in Hall's paid advertisements and her reality television series. 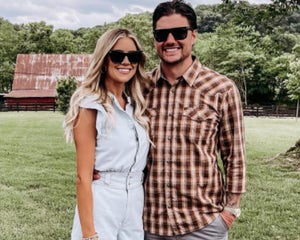 Per Us Weekly, Anstead brought up Coogan's Law in an Instagram comment. According to SAG-AFTRA, the California law asserts that "earnings by minors in the entertainment industry are the property of the minor, not their parents" and "requires that 15% of all minors’ earnings must be set aside in a blocked trust account commonly known as a Coogan Account."

"It's actually an interesting legal anomaly that I am seeking to change. While Coogan’s law protects kids it doesn’t cover ‘reality’ TV or social media," Anstead wrote. "I’ve been working on a secret project that dives into this.”

"Hudson will see a father protecting him when he had no voice, his childhood is not for sale," he continued in another comment. "... As a parent, I have no worry in shouldering the cost to protect him."

Anstead's comments come amid his messy, ongoing battle with Hall, 39, over custody of Hudson.

In a court declaration obtained by Us Weekly last month, the former "Wheeler Dealers" co-host voiced his concern over Hudson being featured in Hall's TV production, claiming it brings "innumerable" risks to the toddler's mental health. 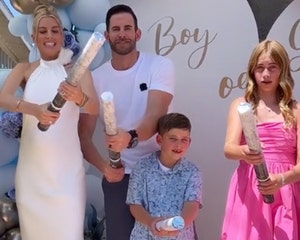 "The risks for a child working on a television production set (even if that 'set' is Christina’s home) are innumerable and well documented," Anstead's filing said at the time. "Putting aside the obvious pressures of working within a TV production environment, children involved in television production often have lingering issues that affect their welfare, worldview, and self-image, leaving them diminished and dependent upon the perceived approval of others for their self-worth."

It added that his "goal" is "to ensure that Hudson is allowed a childhood that is joyful, healthy, and natural, with as few stresses as possible," stressing that "this should be prioritized above creating commercial opportunity and content."

Hall then fired back in her own declaration, which was filed on September 27 and obtained by Us Weekly.

Earlier this month, the "Flip or Flop" star also called out Anstead on Instagram, revealing that she will "no longer feature" their son on the social media platform. 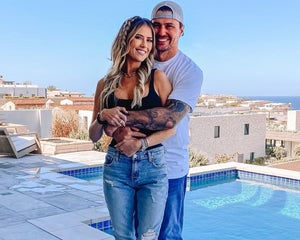 "I am mentally exhausted over the recent false accusations against me Hudson’s father has made attempts to turn my family, friends and fans against me through manipulation tactics and false information," she wrote in a lengthy caption. "This has had great impact on me and my household. Because of this, I have made the decision to no longer feature Hudson on Instagram, my tv shows or any social platforms until he is old enough to make this decision for himself."

"I have always been fine not having Hudson appear on public platforms and have made that clear," she added. "My only reason for wanting him to appear on my shows, has always been to participate in the fun activities/outings with our family/siblings."

Anstead and Hall's whirlwind romance whipped up in 2017. The two tied the knot in December 2018 and welcomed Hudson in September of 2019. The former couple announced they were separating in September 2020, just weeks after their son's first birthday. Their divorce was finalized in June 2021.

Hall -- who is currently married to realtor Joshua Hall -- also shares two kids with ex-husband Tarek El Moussa: daughter Taylor, 12, and son Brayton, 7. The two filed for divorce in 2017 and it was finalized in 2018.

Anstead, meanwhile, has been in a relationship with Renée Zellweger since June 2021, and shares two older children with ex-wife Louise Storey.