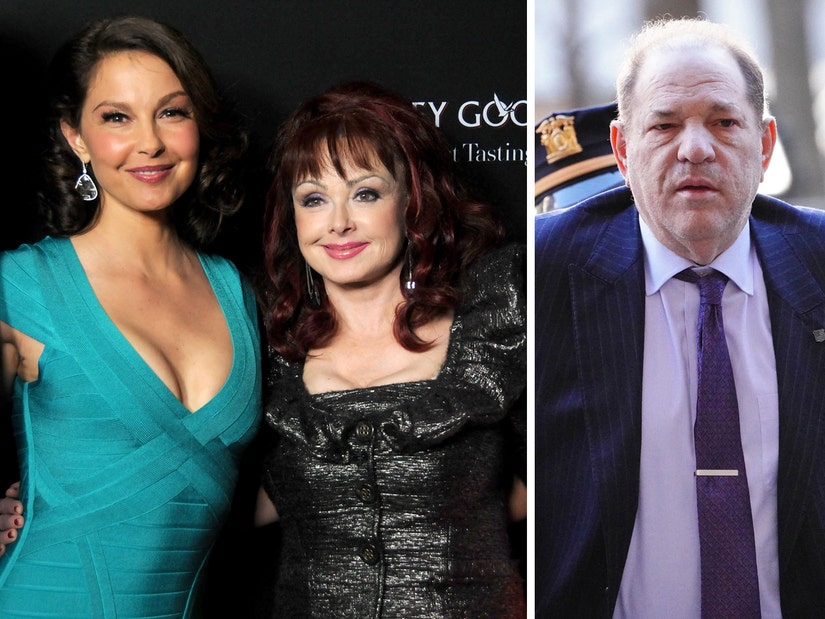 The actress shared why it was a "simple" decision to star as herself in the film, "She Said," which centers on The New York Times journalists who exposed Harvey Weinstein.

Ashley Judd has revealed her late mother, Naomi Judd, offered her support when she decided to come forward with her allegations against Harvey Weinstein.

The actress -- who was one of the first women to speak out against the convicted sex offender -- recalled her mom's words while speaking at the New York Film Festival premiere of the drama, "She Said," which is about the 2017 New York Times exposé that took down Weinstein. Judd plays herself in the film. 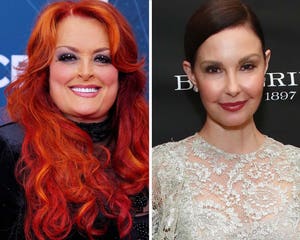 "I just want to remember when I was speaking to my mother about this she said, 'Go get him, honey' in her sweet way, in dulcet tones… not a punitive bone in her body," Judd said during a Q&A, per Page Six.

"She was just enthralled by my audacity, as I later heard from friends," she added of the late country star, who died by suicide at the age of 76 in April.

Judd alleged Weinstein sexually harassed her during the filming of 1997's "Kiss the Girls." She also accused the disgraced Hollywood mogul of derailing her career after she rejected his sexual advances.

"She Said," which hits theaters next month, centers on New York Times reporters -- Megan Twohey (Carey Mulligan) and Jodi Kantor (Zoe Kazan) -- who exposed Weinstein, and ignited the #MeToo movement. The film is based on the Pulitzer Prize-winning journalists' 2019 nonfiction book, "She Said: Breaking the Sexual Harassment Story That Helped Ignite a Movement."

Portraying herself, Judd is featured in two small scenes in the film, according to USA Today. In one scene, she comes forward with her allegation against Weinstein while speaking to Kantor (Kazan). The second scene features Judd agreeing to her name being included in the New York Times exposé.

Per USA Today, during Thursday's NYFF premiere of "She Said," the activist -- who received a standing ovation -- revealed why it was a "simple" decision to star as herself in the film.

"It was very validating when someone finally wanted to listen and do something about it," Judd said, reflecting on speaking out. "And the film was the next step in that.

"It's so important to be in our truth and to have our righteousness in our story," she added. "So it was a really simple thing for me to do and I was very grateful for the opportunity."

At the end of the post-screening Q&A, Judd and Kazan highlighted the positive steps forward Hollywood has taken following the #MeToo movement, such as the use of intimacy coordinators.

Judd also said The New York Times exposé as well as #MeToo founder Tarana Burke's work has "reframed" her past "experiences," saying, "I have had to understand that they were in fact harassment and assault, when I had previously minimized them."

In March 2020, Weinstein was sentenced in New York City to 23 years in prison for third-degree rape and a first-degree criminal sexual act. He is currently serving his sentence. Weinstein's second sex crimes trial is currently underway in Los Angeles. He faces 11 charges of sexual assault of five women. 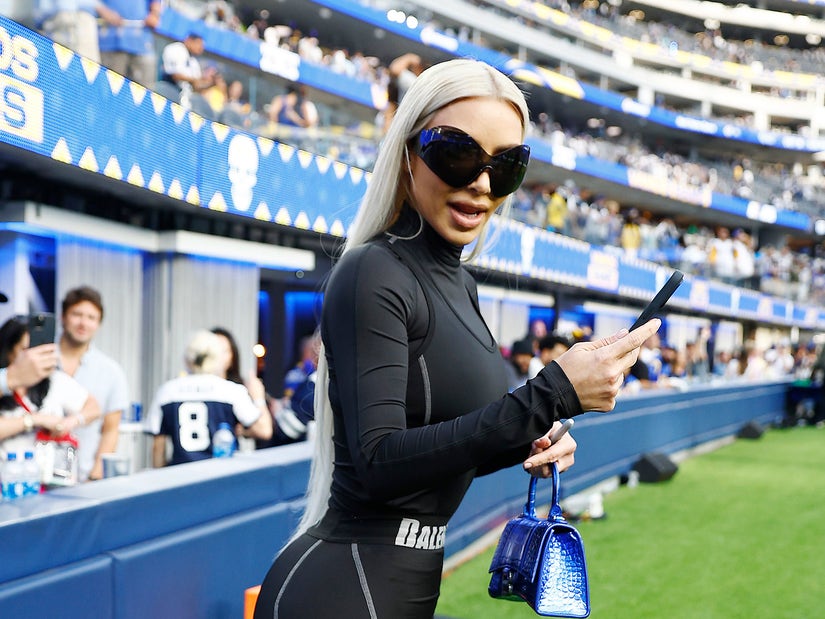