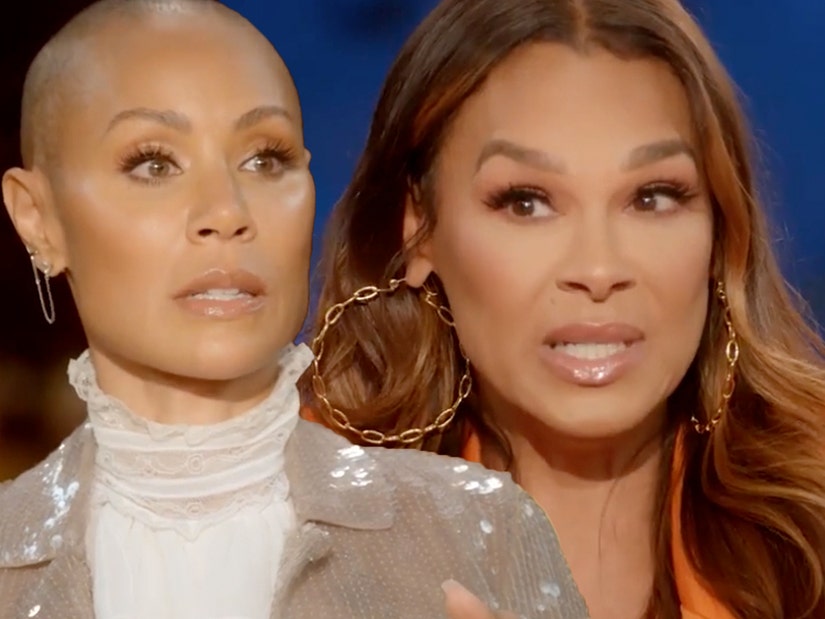 Will's ex appeared on Red Table Talk, where the two revealed just how "messy" things got between each other at the start of their relationship.

They may be great friends and coparents now, but things between Jada Pinkett Smith and Will Smith's ex-wife Sheree Zampino did not get off to a good start.

Sheree filled in as guest cohost for Willow Smith on the latest episode of "Red Table Talk," where she and Jada first opened up about how they were able to eventually come around to one another following Will's split from Sheree and subsequent relationship with Jada -- while coparenting Smith and Zampino's son, Trey. 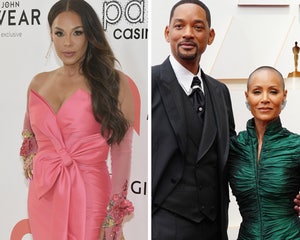 "It was a lot," Sheree said of their earliest interactions with each other. "As we're talking about toxic forgiveness today, sometimes we did have to fake it to make it," confessed Jada, as the two acknowledged they were "babies" when they first met.

Smith said none of them really had a "blueprint" of what to do at the time and it was up to them to "figure it out along the way." Jada said her "biggest misconception" was that they'd be done with Sheree after Will's divorce was finalized -- before she eventually realized "this woman is a part of this family" and not only was she "taking on Trey, but Sheree was coming along too."

"I can remember some times that I really crossed the line," Jada then admitted. "There was one time Trey had a play date and he misbehaved. I was like, 'Uh uh, we gotta sit down, we gotta talk about this, Trey can't be behaving this way.'"

"Let me give you my version," Zampino interjected. "I literally walked in the house just to drop him off and as soon as I walked in, Jada was like, 'We gotta talk about his behavior!' I was like, 'Go get his daddy please. Why are you talking about what happens at my house, over here?' His behavior was at my house."

"It was a lot of intertwining and it got really kind of messy," said Jada, as Sheree said that, yes, Smith's behavior was "out of line" while acknowledging she also "didn't mean any harm" by it at the time. "My only requirement was that you treated my son well. You did that and your heart was always right toward him, wanting the best for him," she added.

Sheree's behavior was sometimes -- as she herself admitted -- "shameful" at times too.

"I remember one time, you came into the house and you went into the master bedroom. You looked around ... you wanted to see what was going on, how it was decorated and all that," Jada then shared. "It was early on and I think you were like, 'I just need you to know, Queen Bee is around here.'"

"Was that the house I picked out?" Zampino asked, before Jada admitted it was -- joking, "I was like, well, damn, she done picked the house out, I can't say nothing. We were very fiery."

If she had the chance to do it all over again, Jada said she "would have definitely taken a beat" when it came to "putting myself within the dynamic" of Will and Sheree -- acknowledging now that their split was "so public and so fresh" and Zampino "didn't really have time to adjust" to everything going on in her life.

"But when you got it, I remember you coming to me -- and you were teary, you were very emotional -- and you said, 'I just didn't know,'" Sheree said of when Jada finally opened her eyes to the reality of the situation. "Basically, what you were saying was 'I was in the picture too soon.' And you apologized for that."

Jada said the two have since been able to have a lot of "difficult conversations" and are "always able to own up" to their mistakes. The two shared that they were also able to coparent better by sharing a journey, which they would sent back and forth to one another to express things that weren't always easy to talk about face to face.

"My philosophy always was, how can I love Trey and not love the most important person in his life, which is his mother? You can't. ... it was definitely quite a partnership," added Jada. 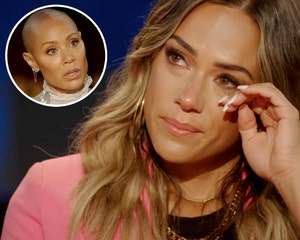 Later in the episode, after Jana Kramer joined the panel to talk about ex-husband Mike Caussin's repeated infidelities, Kramer asked Sheree if she ever felt a certain type of way about Jada possibly getting "the better version" of Will.

"What I think is, when our union ends, he should be better because of me. He should be better. So it might hurt to see you with the better version, but he shouldn't be worse because he's been with me," she replied. "In this stage of life, I think I left too soon. That was a part of me trying to protect myself. If I was in a different time, I would never leave that soon, I'd work at it."

Sheree added that she and Will are better as coparents than they ever were as husband and wife, while Jada said the exes' close relationship now doesn't get under her skin. In fact, Smith said her husband and his ex even take trips together -- with his family members -- without her. "We're not having a throuple everyone, let's just make that very clear," she clarified.

Check out the full episode below.