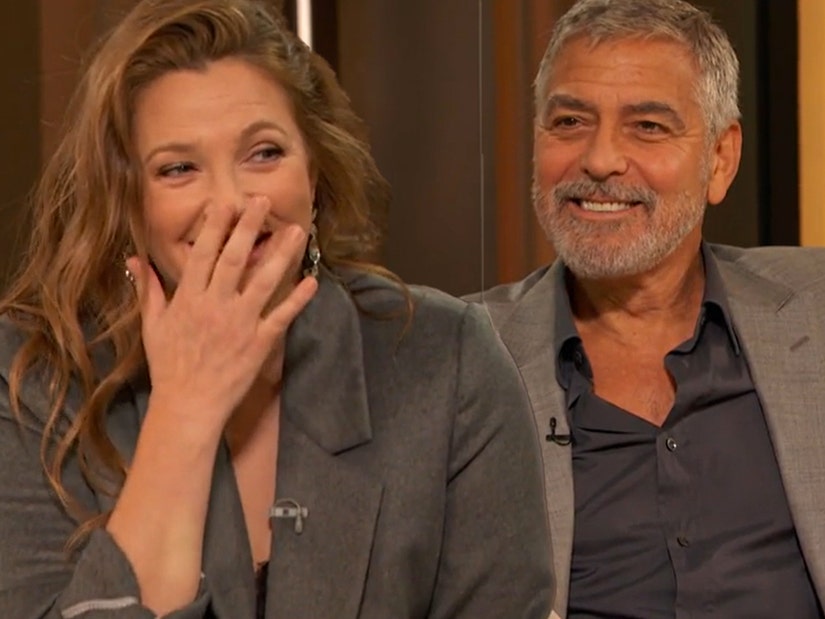 "It was an emotional time for you," recalled George, who absolutely remembered the night in question.

Drew Barrymore shared her surprising connection to one of George Clooney's good friends when the "Ticket to Paradise" star stopped by her daily talk show on Friday.

After Drew remarked that it seemed like "good times follow" Clooney wherever he goes, the actor cracked, "Well, that's 'cause I drink." He added, "That’s a problem really, it does become a problem," before Barrymore made her revelation.

"I got so drunk while we were making 'Confessions of a Dangerous mind' I made out with Waldo," she shared, referring to Clooney's friend and hairstylst Waldo Sanchez, who worked as a hairstylist on the 2002 movie.

"I remember," said George, before the two shared a few more details.

"Waldo is George’s like best friend, and they work together and then yeah the next day at work I was like, 'Uh cool,' because everyone's just so cool," said Drew.

Added Clooney: "We were in Montreal, we were all stuck up there together and you had just gone through a divorce, remember, and you had just come up there and it was an emotional time for you and so it really felt like incumbent upon us to make sure that you were gonna be okay, and that was fun."

"Confessions of a Dangerous Mind" came out in 2002, the same year she divorced her husband of just one year, Tom Green. 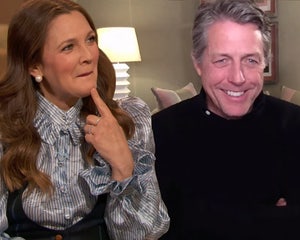 In 2021, Barrymore opened up about another makeout session she had following "a few drinks" with Hugh Grant, when her "Music & Lyrics" costar also appeared on her talk show.

"One of the moments that I had the most moxie, and I don't think we've ever talked about this, I walked into I think it was the Waverly Inn," in NYC's West Village. "This was years ago. I had a few drinks, I walked in and I ran into you. And instead of saying hello, I grabbed you by the collar and I fully started kissing you."

"Yes, I remember that," Grant replied with a smile, before Barrymore then reenacted the priceless expression she said she saw on Grant's face after she had kissed him.

"You were like, the expression was, 'You've never greeted me that way before,' [but] then you had a second thought and you were like, 'You know, I'm not hating this,'" Barrymore jokingly recalled.  "And then we flirted and then it was like, 'OK, bye. See you soon.'"

As for Grant, he described the encounter as "really bizarre."

"I was very drunk as well," he admitted, "and I was with some very nice but not drunk studio executives from L.A., and they were very surprised."

"Someone said, 'Oh, there's Drew Barrymore,'" Grant continued. "I get up to say hi and then we make out for 10 minutes and then I sit down again and we go and talk about the script."

Watch the interaction below: