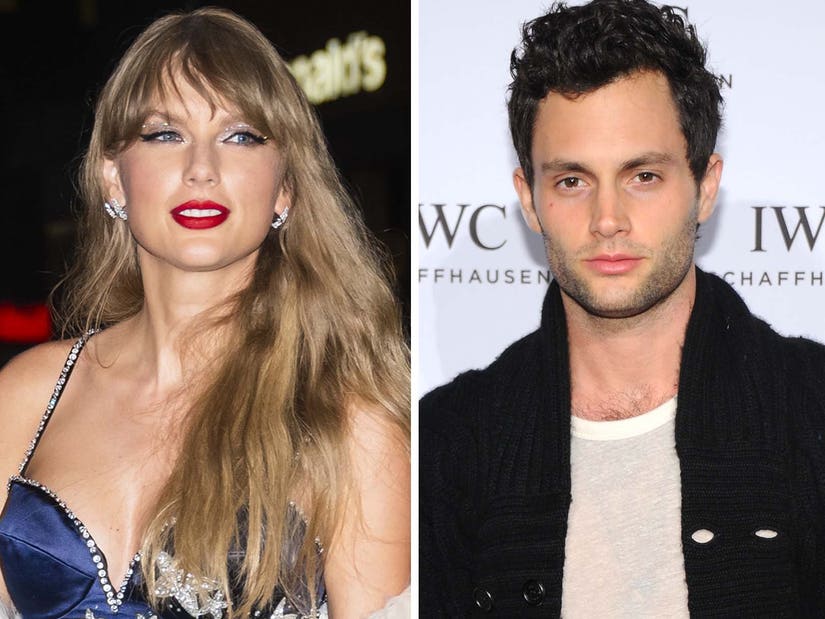 "screaming crying throwing up," one user wrote to which Badgley replied "Me too"

Penn Badgley is a certified swiftie!

The 35-year-old "Gossip Girl" alum made his TikTok debut by taking part in Taylor Swift's new social media challenge to her song "Anti-Hero" off her new album "Midnights."

Inspired by the concept for the song’s music video, Badgley ran to his front door while the track played in the background to find his creepy 'You" character Joe Goldberg on the other side. Goldberg sings, "It's me, hi, I'm the problem it's me," to a surprised looking Badgley.

"I'm on TikTok now. You have @nnnava & @scribbledbysophie to thank…. And of course @taylorswift . Btw my handle is @ iampennbadgley," he announced to his four million Instagram followers while reposting the video on the platform. The funny video has since gone viral with 433.6K views and counting on TikTok.

Fans of both Penn and Taylor took to the comments to celebrate his inaugural TikTok and gush about the unexpected collab.

"screaming crying throwing up," one user wrote, to which Badgley replied with a second video where he pretended to spill his guts into a silver bowl. "me too," he captioned the clip in response.

Swift also rushed to the comment section to express her excitement, "OMG!!!!" she exclaimed with a star-eyed emoji.

The "Anti-Hero" video features the Grammy Award-winning artist fighting her inner demons and her past self.

"The Anti-Hero video is HERE, which I wrote and directed. Watch my nightmare scenarios and intrusive thoughts play out in real time," Taylor shared details about the project on Instagram. "with some help from the excellent @birbigs [Mike Birbiglia], @bejohnce [John Early], and @maryelizabethellis [Mary Elizabeth Ellis] who fabulously portray… get ready for it… my grown sons and daughter in law? Anyway. Forever grateful to my incredible DP @the_rinayang and our amazing crew."

Swift's tenth studio album is already breaking records when it became the most-streamed album in a single day on Spotify upon its release on Oct. 21.