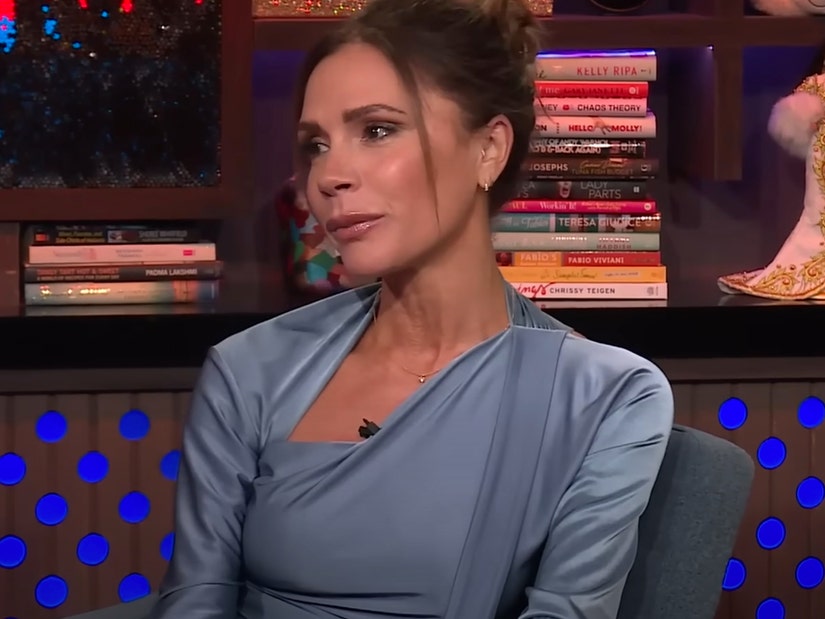 She also spilled on her potential return to the Spice Girls and shares why her husband waited 13 hours to pay his respects to the Queen.

She's always been known as a fashionista, but Spice Girl-turned-designer Victoria Beckham's past looks were put under a microscope on "Watch What Happens Live" as she was asked whether she still deemed them all "Posh."

After she and fellow guest Anne Hathaway stood by the first pair of looks shown by host Andy Cohen, one of Victoria and husband David Beckham rocking head-to-toe leather at a 1999 event for Versace (below) was highlighted.

"I mean, it haunts me. It does haunt me, but I love it," she admitted. "It was hot, we were wearing Gucci, it was a Versace dinner -- which is inappropriate in itself -- but we really considered those outfits. We really thought about it. There was a naiveté to it that was just so sweet."

"But it haunts you?" asked Cohen, before she responded, "Because everybody pulls it out of the bag, Andy!"

When asked about the look she wore to Prince William and Kate's royal wedding, she also revealed that she was so pregnant at the time that she had to ask to be seated closest to the bathroom. 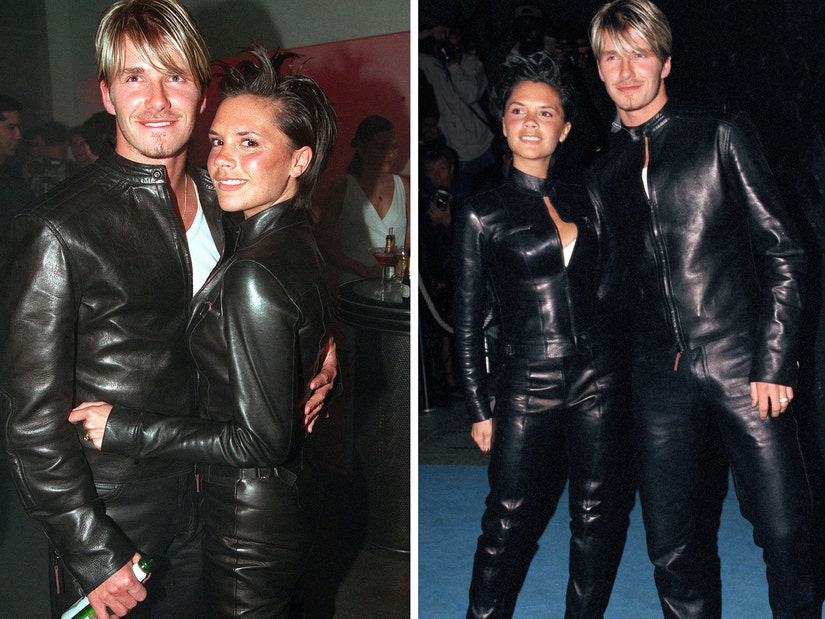 Elsewhere on the show, she was also asked by a fan if she would ever return to the stage with the Spice Girls -- even for a one-off like Glastonbury.

She added that her go-to karaoke song is "Stop," because "it's got a really great little dance routine that goes down a storm when doing karaoke."

While Hathaway pressured her to do the dance on the show, Posh refused ... only to break it out during the commercial break.

During the After Show, Andy also asked Victoria about David waiting 13 hours in line to pay his respects to Queen Elizabeth II after her death.

"He said he met some amazing people and it was just what he felt he had to do to show respects," she added. "He said it was an incredible, incredible thing to do and something he's so glad he did."