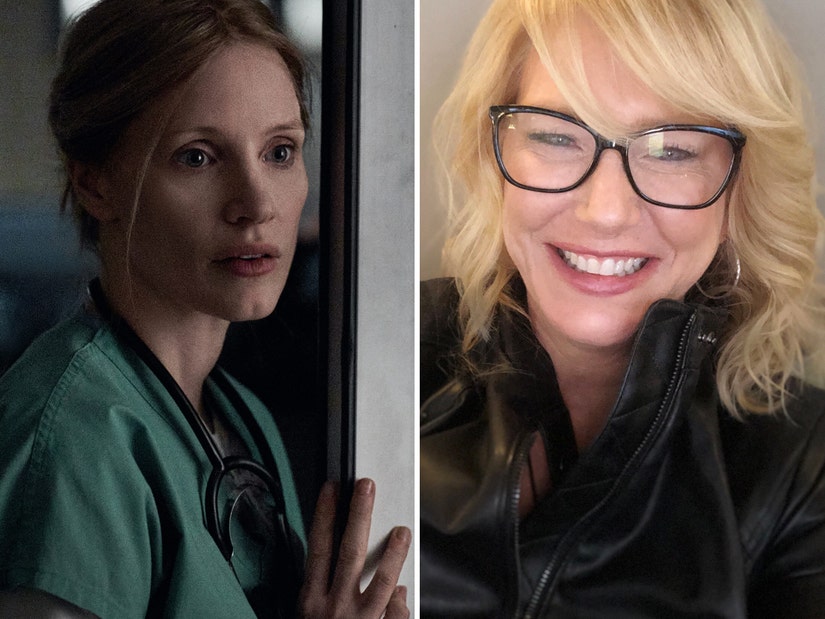 Amy Loughren opens up about getting a confession out of Charles Cullen, the "intense heartbreak" that followed and how she moved on from that shocking chapter of her life.

Jessica Chastain stars in the upcoming Netflix film "The Good Nurse," inspired by the true -- and absolutely terrifying -- story of serial killer Charles Cullen and how his friend/coworker Amy Loughren put an end to his reign of terror.

While there are 29 confirmed victims who all died under Cullen's care as a nurse over a 16-year period in a number of different hospitals, his actual kill count could range anywhere from 40 to 400 victims. Though he was repeatedly fired and/or resigned from his posts following concerning behavior, Cullen kept getting new jobs ... as the bodies continued to pile up. His victims were random, as he injected lethal amounts of drugs like insulin and digoxin into random IV bags.

The murders didn't come to an end until a series of mysterious deaths and overdoses at Somerset Medical Center prompted a police investigation. When the hospital fired Cullen for what amounted to a mistake on his application, his good friend and coworker Loughren was initially incensed and confused. But when authorities reached out to her for help with their case and filled her in on some of their evidence, her eyes finally opened to the real Cullen.

She became integral to the investigation, assisting with medical expertise, wearing a wire for her conversations with Cullen and -- thanks to their deep, personal relationship -- was instrumental in getting a confession out of him after he was finally arrested. Charles was later convicted of the 29 confirmed murders and sentenced to 11 consecutive life sentences. 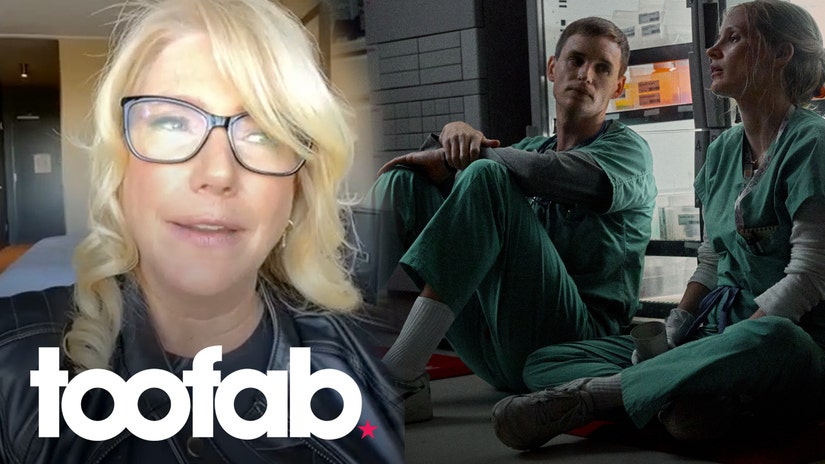 With a movie about her involvement in the case hitting Netflix today, TooFab spoke with the real Loughren about closing in on Charles, as well how she feels about the creative liberties taken with the film and Jessica Chastain and Eddie Redmayne's portrayals of herself and Charlie, respectively.

Speaking about your personal experience, just how difficult was it for you to have these suspicions about Charlie, while also maintaining — or pretending to maintain — a friendship with him, once you were confronted with evidence of his crimes?

My phone was tapped. I also had all of my conversations recorded with him. So I would go to this dark warehouse and sit and talk to him on the phone with six agents around me and pretend that I was just in my living room or in my kitchen just having a conversation with him when I have all these people listening in. I don't know how I did it.

I think maybe also I found a way to disassociate from the actual investigation because I could do that as a trauma nurse. I've worked on people that are loved ones, I've worked on people that I know. I have to leave all of that at the door, disassociate, do my job, I can fall apart later, but I think that's where I got that strength from, learning how to be a trauma nurse and when I'm at home I don't even like taking out the garbage.

And the wildest part of this whole story is how instrumental you were in getting the confession. How stressful is that, to be brought in knowing that's why they want you there. And then, once the confession starts, what starts going through your head? Because knowing the allegations and actually hearing him confessing are two very different things.

I initially felt relief knowing that we wouldn't have to go through this anymore. So when he finally said the words, it was just this intense relief of, 'Okay, now we can just get on with what is next in this investigation.' And I also knew that my piece of it was now done.

The other part was just intense heartbreak. My heart was breaking for him knowing that my friend Charlie was going to be spending his life behind bars. I knew that I was also going to be grieving a friendship that meant so much to me. So it was very layered and very complicated.

How were you able to put that chapter behind you?

It took a while and I certainly went on a very deep spiritual quest. I really wanted to get to the heart of why I could love someone so dark. Also why I did not see that darkness right in front of me. Because so many people believe that you would know. I think so many people would think that if there was a mass murderer right in front of you, you would feel something and I thought I would feel something and I didn't.

So I started questioning my own intuition. So that spiritual quest led me on a beautiful path and a much deeper relationship with myself and with other people and with forgiving and being allowed to forgive myself for not seeing it. 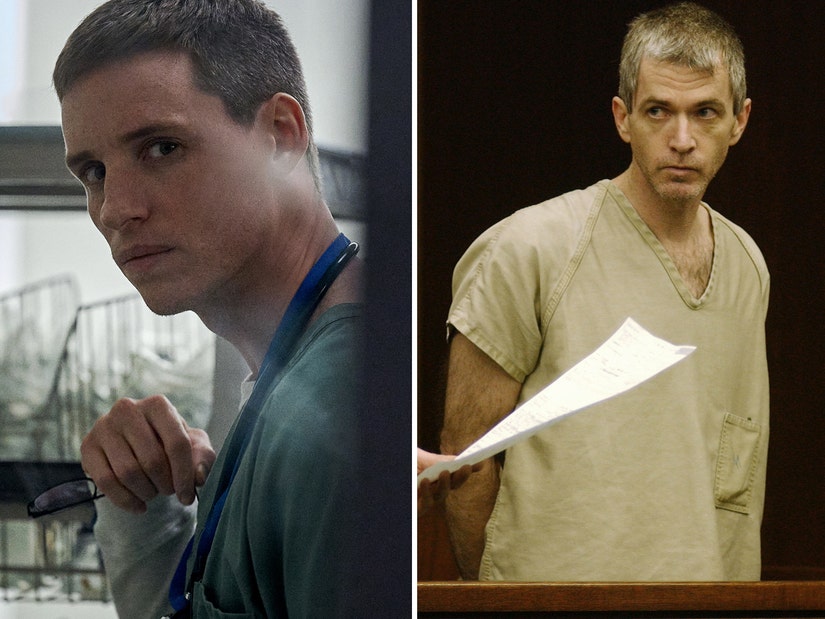 How is it for you — someone who lived through it — to watch the movie back? Does it bring up feelings of PTSD or is it a more cathartic experience?

I think both. Definitely it's very triggering because, holy cow, Eddie's performance, he is Charles Cullen. I was actually just talking to the detectives Tim Braun and Danny Baldwin and they both said the same thing. They watched it and they said they had to step back because they could not believe how much Eddie is like Charles Cullen in this. It is literally like he is channeling him. So there was certainly that triggering part of it.

And then there was the beautiful healing portion of the movie watching Jessica, because she plays the me from 20 years ago and we're always very harsh and very judgmental about who we were when we were younger and wish we had done things differently and I was able to look at her in an objective manner and think, you know what, I did okay.

What was your initial reaction to hearing Jessica Chastain would be playing you and what were your first meetings with her like?

So, little insider [information] ... there were a couple of other actresses that were attached to this and I remember saying to the producer Scott Franklin, 'Can we get Jessica Chastain?' because I was such a fan. I was very much so drawn to her performances. She is truly, to me, the best actress of our time. They were like, 'We're not getting Jessica Chastain.' And I really believe that I manifested this. When she was attached to the project, I was jumping up and down, doing the ugly cry, I was like, 'No way, no way!'

I know some actors don't want to meet the people they're portraying, while others relish the opportunity. What was that situation like for you two?

I don't know what her process is, but I do know Jessica was encouraged to talk to me by [director Tobias Lindholm] because Tobias and me had had those conversations. But Tobias and I also recognized that she was going to be playing a me from 20 years ago and that me was so different and here I am much more wise, I have so much more confidence, I'm not 17-18 years outside of my heart surgery, so I'm more healthy.

So I really was concerned that somehow this person was going to be put into her character of Amy and I think she did such a beautiful job of melding both of us. I think she did add a little bit of that gentleness that I've acquired. I think also she was able to capture how my terror actually turned into empathy and I genuinely believe she is the only actor who could have done that.

As with any movie or TV show inspired or based on a true story, there are creative liberties taken for storytelling purposes here. How does this compare to what actually happened and do you see those changes as a positive?

Krysty Wilson-Cairns, the brilliant screenplay writer, we spent a lot of time together and this was almost 8 years in the making, so she and I had a lot of time to spend talking about script. The things that she changed made sense. I really do believe that if I said, 'This doesn't make sense, this isn't going to translate, I feel this is too far away from the truth,' I think if I had given that opinion, they would have changed it.

I do understand that trying to take this complicated situation and change it into a 2-hour movie, there was no possible way they would be able to describe the intensity of closeness that I did have with this person that I only worked with. I was so close to him and the way that she writes it in the script, translates it to that we spent a lot of time together outside of the workplace, I understand why they did that. I don't think the audience would be able to understand just how close we were without that piece of it. So the things she wrote into the script that took creative liberties, really it was to give the audience a deeper understanding of our relationship.

Lastly, true crime in both TV and film is so popular right now. How do you think having these types of project can be a positive or beneficial?

I think Tobias and Krysty worked very, very hard highlighting the fact that these victims were people and being able to connect with the victims was the most important part for me of this film.

Also, highlighting the fact that gentleness is sometimes so much more powerful than trying to bully someone into the fear of being captured. The only way that he is behind bars is because of that gentleness and because of the love I had for him and I think that that's really the takeaway with this, that love and gentleness can move mountains ... and can put serial killers away.

"The Good Nurse" is streaming now on Netflix.