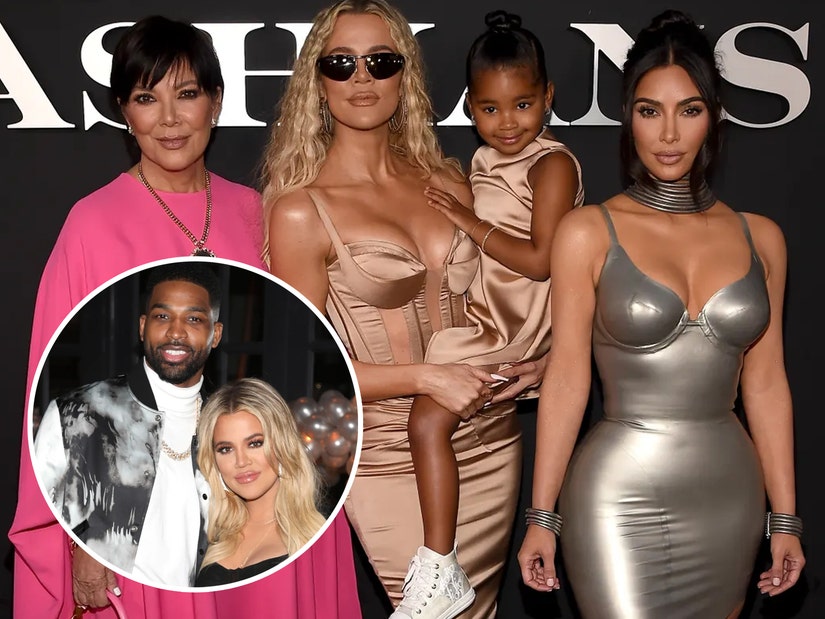 She explains why she screamed "LIAR!" during the show's "awkward" premiere party.

Watching back the first season of "The Kardashians" couldn't have been easy for Khloe Kardashian -- whose relationship with Tristan Thompson imploded during filming. But having to watch some of it while surrounded by an audience of strangers? Yeah, that's even worse.

In one of the show's most meta moments to date, the Kardashian family was seen on Thursday's new episode of Season 2 attending the first season premiere party for their Hulu series. Going into the event, Khloe was very anxious, knowing she'd likely be revisiting some recent personal matters she wasn't necessarily keen on playing back in the wake of Tristan's paternity scandal.

The Hulu show's very first episode, which was screened at the premiere, showed Tristan doing his darnedest to earn back Khloe's trust, after two previous cheating scandals rocked their relationship. He promised to go to therapy, said he was "very determined" to get her back and expressed his desire to "expand our family." As they watched the episode, Khloe couldn't help but scream "LIAR!" at the screen -- with a laugh -- in the audience.

"When I was watching the show and Tristan was on and telling -- I don't even know what he said because I blacked it out -- but he was like, 'Oh, we're just so great' or whatever the f--- he's saying, I felt as if the whole theater was staring at me and I was just like, this is so awkward," Khloe said in a confessional, revealing what was going through her mind at the April 2022 event.

"Because what a crock of s---, like what the f---, I beloved you, I was listening to you and I was receiving everything you said but you're a f---ing liar," she added. "It just came out. It probably made it more awkward than it needed to be. Story of my life."

While she had her concerns ahead of the premiere, Khloe said she was ultimately happy she went -- choosing to focus on the positive going forward.

"When you go through things in life, those things can steal so much of your happy moments," she added. "Tonight was so fun, I don't want my personal dramas and traumas to take away from the fun I could be having."

As the show has documented thus far, on both seasons, Khloe and Tristan did reconcile and even decided to have another child together via surrogate. He, however, confirmed in January 2022 that he fathered another baby with Maralee Nichols -- and allegedly hid the truth from Khloe until she found out about it in the press. The pair split, but still welcomed Baby #2, a boy, in August.