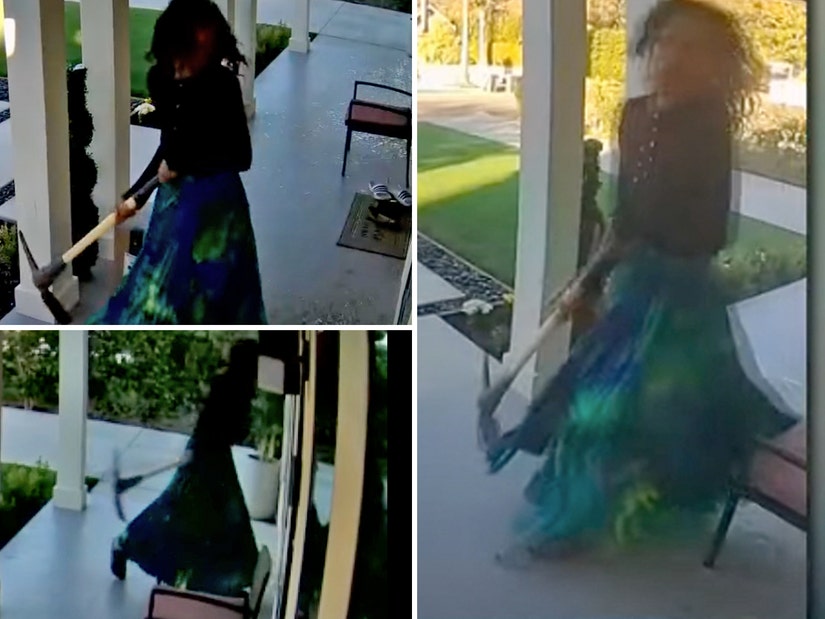 "Get out, I'll be back!" screamed the woman, who police believe was having a mental health crisis.

Pasadena Police arrested a 65-year-old woman who they say was caught on video this week using a pickaxe to smash out the front windows of a home  -- while a baby and its grandmother were inside.

Homeowner Arman Tchoukadarian shared the scary surveillance video with Fox 11, showing a woman wearing a flowy green dress approach the property and walk down the driveway with a pickaxe in her hands -- before using it to break the widows.

A scream can be heard inside the house as it happens, yelling for help before the woman returns to wield even more damage and break the remaining front windows. She can also be heard yelling, "Questions? Questions anyone?! I'll be back, get out!"

According to Tchoukadarian, his six-week-old baby was asleep in a bassinet located directly next to one of the windows when the woman started her attack. The child's grandmother was babysitting and moved the baby girl just before the carrier was filled with glass.

"The glass shards from these giant windows were literally double her size, [they] landed right in her bassinet where my daughter was laying," said Tchoukadarian. "If she was five seconds late, my daughter would no longer be with us.

65-year-old Beverly Baker -- who Tchoukadarian said owns property in the same neighborhood -- was arrested and charged with felony vandalism. Per CBS News, Pasadena Police said she was having a mental health crisis at the time of the incident and will be arraigned Wednesday. However, the homeowner -- who is Armenian -- believes they were "targeted."

"We got targeted. This is not normal. Three times she came back, swinging that pickaxe, seeing my mother-in-law, seeing my newborn in her hand, just no remorse," he told Fox. "She had no emotion, just swinging away, swinging away."

Pasadena PD tells TooFab that the investigation so far has not shown any relationship between Baker and the victims or "any other motive as to why she would vandalize their residence."

Per Fox, the homeowner obtained a temporary restraining order against Baker on Tuesday. 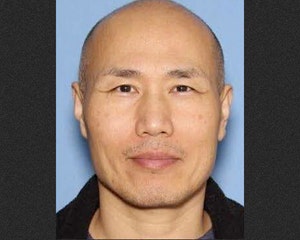