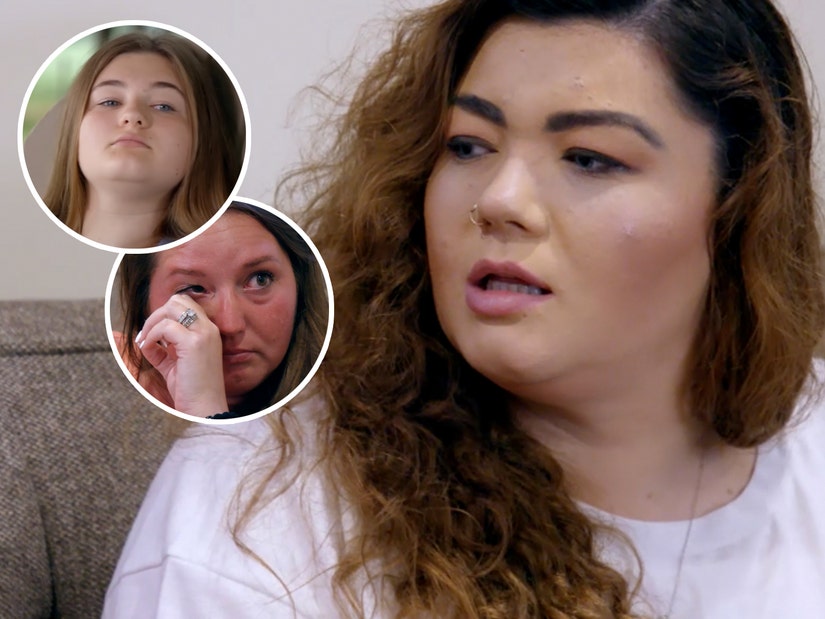 Leah, Gary and Kristina all call the decision "unfair," as Amber herself says it "blows my mind."

"Teen Mom: The Next Chapter" viewers got an inside look into how Amber Portwood and those around her reacted in real time when her ex Andrew Glennon was awarded full physical and legal custody of their son James back in July.

The decision means Andrew would be able to move to California with the boy. Portwood, meanwhile, lives in Indiana. The move came as a shock to those in Portwood's inner circle, including her costars, her ex Gary Shirley and his wife Kristina.

"I just talked to Amber, she sounded really sad," Gary said to his wife on Tuesday's new episode. "I had a feeling it wouldn't be 50/50, but I didn't think he would be allowed to take him out of the state. He's born here, most of his family that knows him is here. She's proved, at least in my opinion, that she can take care of James."

"It sucks," said Kristina, in tears. "All I can think of is poor James. Can't imagine how she feels. I'm just shocked and upset by it."

Gary said he hoped Andrew realizes the relationship between James and his own daughter with Amber, Leah, was important and kept that in mind going forward. He then pulled Leah aside for their own one-on-one chat about the situation.

"I do know your mom did say Andrew is allowed to take James to California and I'm assuming that's what's gonna happen," he told her, something Leah said was "really unfair."

"My mom and James, they do have a really nice relationship. Something I didn't have with her," she continued. "It's not fair because all of the work she's gone through to even be here now, it's all for nothing."

"It's not all for nothing, but it might feel like that," he said, as she said she thought the news was "gonna hit really hard" and would cause Amber's bond with James to be "ripped." She added that she did reach out to her mother to check in on her as well, saying, "I told her I loved you."

"You focus on giving James all your love, communicating with your mom as much as you want to and feel like you can, that will help her," Gary told his daughter, adding, "For you, I'll just tell you to enjoy what time you have."

Leah added that she would miss James "a lot" if he moved to California, adding, "He's going to be missing his mom." 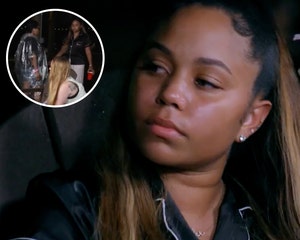 Later in the episode, Gary and Kristina stopped by Amber's home to check on her and bring her some food. It was then we finally saw her for the first time, as she gave her brutally honest reaction to the decision.

"I think it's completely, I'm mind blown. How I feel is that if you have a mental illness, yet you are stable today and you have worked really hard to be a stable person, that doesn't matter," she told them both. "If you have postpartum depression, you're a piece of s---, because you're a woman and it doesn't matter and you will be judged."

"I've done so much for James. That boy adores me. Adores me. It's crazy to think that's about to be taken away from me," she added, as Kristina said she thought Amber had really "proved" herself and has "been there for James."

Amber then pointed to her relationship with Gary and Kristina as what true coparenting should look like, calling out the stark contrast to where she stands with Andrew.

"The love that I have for you, with my child and the way that I see you with him, and Leah and when we're all together, it's different. This is called coparenting, this is called a family, we built this," she said. "For a court to sit there and not be able to look at that, to understand that, it blows my mind. It really does."

"Having Leah in my corner right now has been beautiful. When she sends me these messages, I feel like my world is just bursting with joy. She just makes me feel amazing," Portwood added, before Kristina brought both of them to tears again.

"[Leah] expressed to me, my mom's been through hell and over the past couple years, she has seen you doing everything you can to work yourself back up," said Gary's wife. "She don't think it's fair and she don't want you to go down that road of feeling like a failure as a mother because you're not." 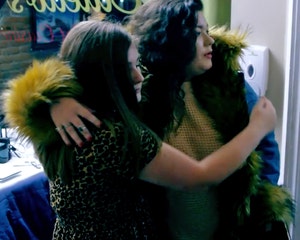 Viewers also briefly saw a few of Amber's costars react to the news, as Jade Cline and Briana DeJesus talked about the situation over FaceTime.

"I'm feeling for her. I feel like it's an awful thing as a mom. We're moms, I just couldn't imagine what that would feel like," said Jade, before Briana defended Amber.

"She completed her probation, I know she got stuff knocked off her record. She's taking those steps, she's on the right medication so she can be better for her children and for that judge not to see that is really, really f---ed up," she said.

Added Jade: "People act like everyone who makes mistakes are monsters. but the real monsters are the ones that don't let people grow or move on. All we can do is be there and be supportive and let her know that she has people that care about her. That's what friends do, right?"

Amber and Andrew welcomed James back in May 2018 before parting ways a year later in July 2019. Portwood and Glennon called it quits when the former was arrested for an alleged attack involving a machete.

After the arrest, Glennon was granted primary physical custody and shared joint legal custody with Portwood. The "Teen Mom" star pleaded guilty to domestic battery, criminal recklessness committed with a deadly weapon and domestic battery committed in the presence of a child less than 16 years old. Portwood was sentenced to probation and mandated parenting classes and the former couple began their long custody battle.

New episodes of "Teen Mom: The Next Chapter" air Tuesdays on MTV. 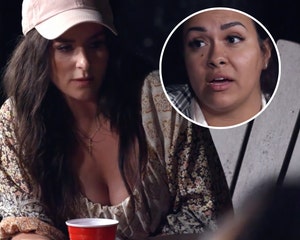