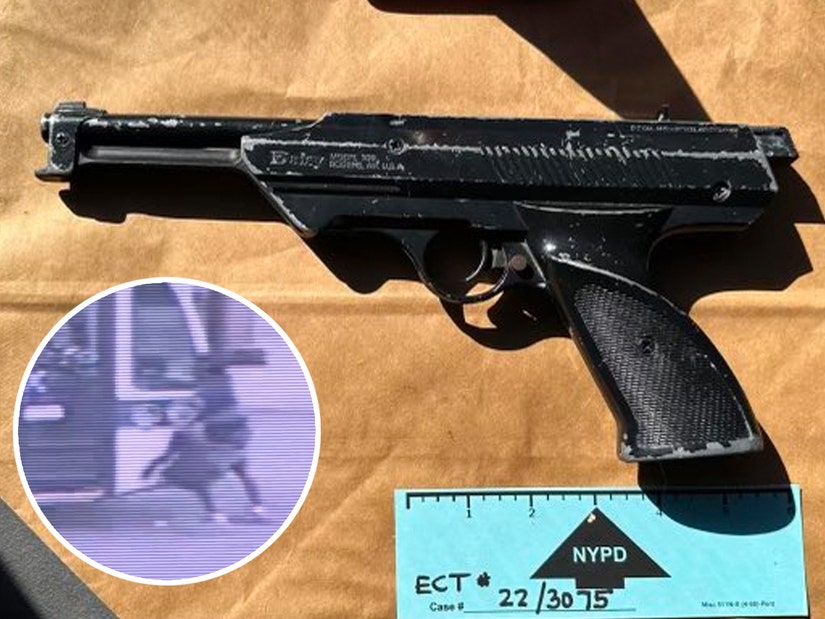 The driver opened the doors, freeing the other passengers first.

An MTA bus driver in NYC leaped out of the driver's-side window on Thursday during a hijacking attempt that ended in the bus careening straight into a pole, per police.

It all went down in Queens around 7:30am. After the suspect was seen in surveillance video trying to flag down the bus, authorities say he then ran in front of it while holding what appeared to be a gun (above). After the man boarded, the driver opened all the vehicle's doors -- and the suspect, who police described as appearing to "be erratic," allowed all 20-25 passengers to escape.

The man then allegedly told the driver he "was being chased" and to keep driving, which the driver did for a few minutes, before jumping out the window. At that point, the suspect "attempted to take control of the bus," but struck a utility pole moments later, police say. He was almost immediately apprehended by police -- before both the suspect and driver were taken to the hospital with minor injuries.

Authorities referred to the gun as an "imitation pistol" which appeared to be a BB gun.

"I definitely want to commend the bus driver for his actions," said said NYPD Chief Jerry O'Sullivan. "He did not move the bus until everyone was off that bus."

O'Sullivan added, "It could have been a lot worse. I believe the driver was calm and did a great job, up until the point of collision."

The crash took out power in the area for a few hours and children in a school near the accident were sent home.

Per CBS, the suspect was taken for a psych evaluation and faces at least six charges, including unlawful imprisonment, reckless endangerment and criminal possession of a weapon.