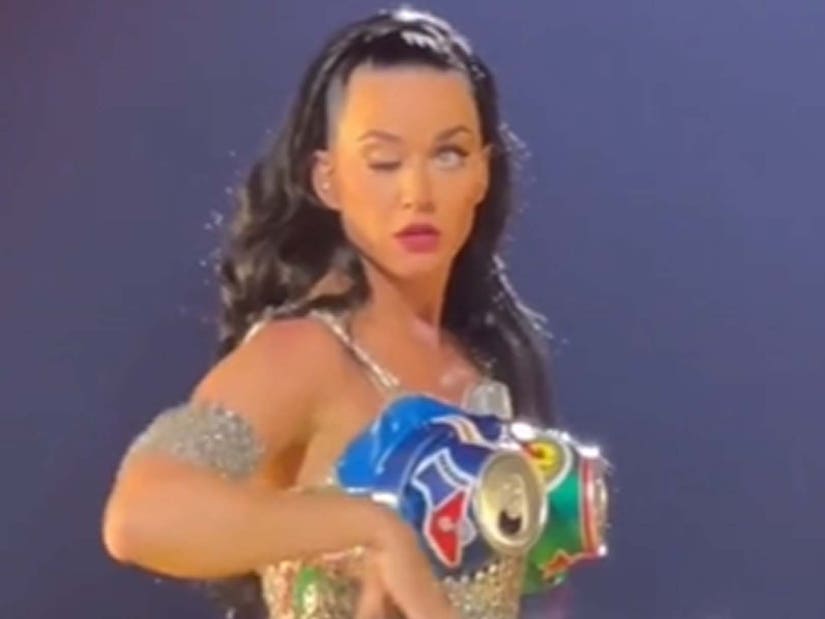 "I pour beer out of my t-ts (that's a party trick too… I don't actually lactate hops silly goose!)"

Katy Perry finally explains what was behind her apparent facial glitch on-stage.

The "Teenage Dream" artist addressed the viral video where the 38-year-old appeared to have a severe twitch in her right eye that prevented her from keeping her eyelid open.

However, Perry continued with the show as if nothing happened. A video of the incident went viral and left many fans concerned.

The 13-time Grammy Award nominee shared the moment to Instagram where she revealed that the clip had been a part of her design. Perry revealed the eye-twitch was on purpose as she promoted the 2023 portion of her Las Vegas residency.

"Welcoming all my #flatearthers #spaceisfakers #birdsarentrealers #skyisntbluers to come see my broken doll eye party trick IRL in Vegas next year!" she captioned the post. "The show's set list is a fun through memory lane going all the way back to 2008, a time when we weren't all frozen by the paranoia of our own echo chambers!."

Katy described what fans could expect, "This show is a nonstop party about finding unconditional love and strangely (for me) not political at all, heck I pour beer out of my t-ts (that's a party trick too… I don't actually lactate hops silly goose!) Hope to sing along with you in 2023! And we’ll drink, this one's on me, cause we're all #chainedtothealgorithm #therealproblemlolhaha."

Fans flocked to the comments to share their thoughts on Perry's big reveal.

One user joked, "So ur telling me ur not a robot, a real life doll, or in the Illuminati???"

"This is genius 😂😂😂 maybe people will stop texting me asking me what's wrong with your eye now 🤭" another fan commented.

"Twisted my ankle running to the comments!" someone wrote.