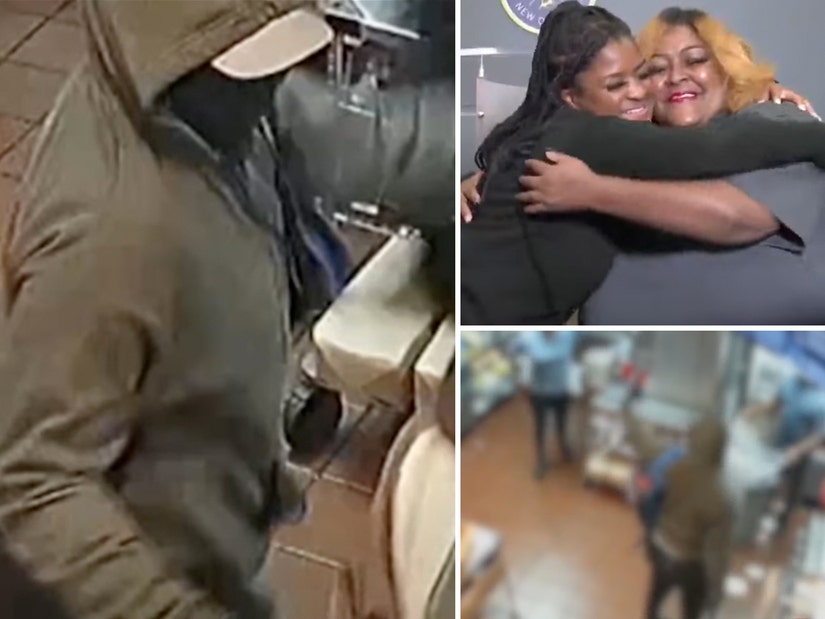 16-year-old Tenia Hill was working at McDonald's in New Orleans on October 16 when she and her coworkers were forced into a freezer by a woman robbing the fast food restaurant.

Once inside, she was able to call 911 from her cell phone ... and her mom, who works as a dispatcher, was the one who answered the call.

"I was in a state of shock," Teri Clark told WDSU of the call. "She said 'McDonalds,' I said, 'What is your location at McDonald's?' [She responded] 'It's me, Tenia, on Cleveland, Mama help!'"

WDSU obtained the call in question (above), in which Tenia can be heard telling her mother, "Mama, please hurry up, she's got a gun."

"We're gonna hurry, give me a description," asks her mother, before Tenia responds, "She's got a mask on. She's got somebody outside and she's got us in the freezer."

"What broke me down was when my child said, 'We're in the freezer,'" Teri told the outlet, adding that she had "tears coming down face, but I'm still trying to do my job." She added, "And I did my job to the best of my ability."

Teri wasn't even supposed to working when the call came in, but she decided to stay late that night. She rushed to the scene after police arrived ... and was reportedly back at work the next day, answering more calls.

"I was really scared because I would have never imagined that at my first job, I would be getting robbed, let alone have a gun pointed at me," Tenia also told the outlet. "I was very worried because I didn't want my mama to have to bury her youngest child. Knowing I could have lost my life but she saved my life, I was very happy."

No arrests have been made in the incident.