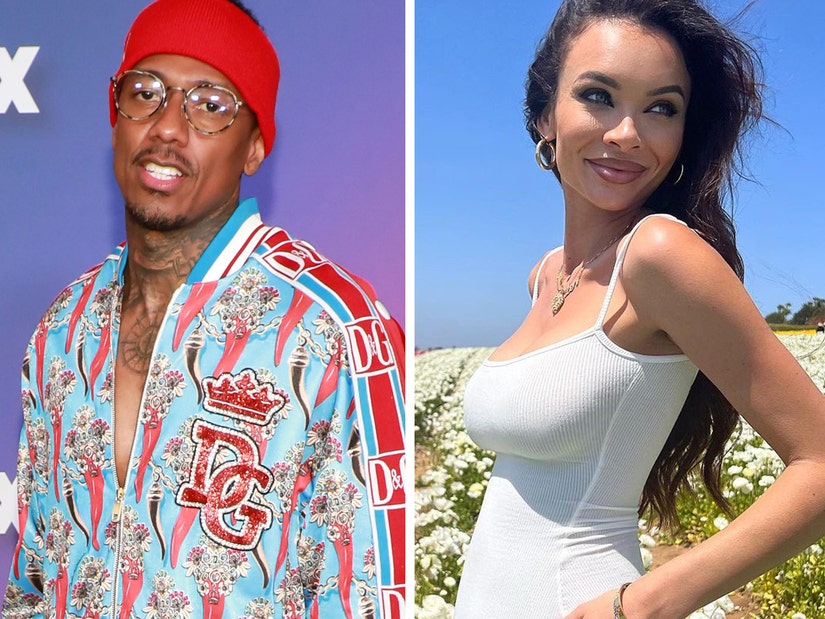 See how Ryan Reynolds trolled Cannon after the news.

After hearing the news, Ryan Reynolds took to Twitter to lovingly troll Cannon. Retweeting a headline about the announcement, he added, "We're gonna need a bigger bottle."

The comment is seemingly a reference to Reynolds' Aviation Gin, after Cannon joined the actor for a Father's Day ad earlier this year -- where the two threw back some cocktails called "The Vasectomy." Nick was a father to eight at the time.

Congrats to @NickCannon! Yes, it’s delicious, but the Aviation Vasectomy is clearly not yet 100% effective. pic.twitter.com/0nHwi2MXox

Nick Cannon is going to be a father of 12!

On Thursday, model Alyssa Scott revealed on Instagram that she and Cannon are expecting their second child together, which will mark Cannon's twelfth. The two shared son Zen, who passed away from brain cancer at five months old in December.

Scott announced the exciting news by posting multiple photos from a maternity shoot that featured her and Cannon, 42, posing nude in a bathtub (see below.) In the first post, "The Masked Singer" host can be seen cradling Scott's bare baby bump with his left hand as the model covers her chest with her hands. The second shot featured Cannon sweetly kissing Scott's growing belly.

"This is a MIRACLE & a BLESSING 🤍," Scott captioned the first post.

Last week, Scott -- who also shares 4-year-old Zeela from a previous relationship -- revealed she was expecting her third child. In the days that followed, she continued posting photos showing off her baby bump, but didn't confirm Cannon was the father until Thursday.

However, Scott didn't tag Cannon in the new photos. At the time of this post, Cannon has yet to comment publicly on the announcement.

The news comes a little over a month after the "Wild n' Out" host welcomed his tenth child -- a son named Rise -- with ex-girlfriend Brittany Bell, with whom he also shares 6-year-old son Golden and 22-month-old daughter Powerful.

Meanwhile, he shares 16-month-old twins Zion and Zillion with Abby De La Rosa, who is reportedly pregnant with their third child together.