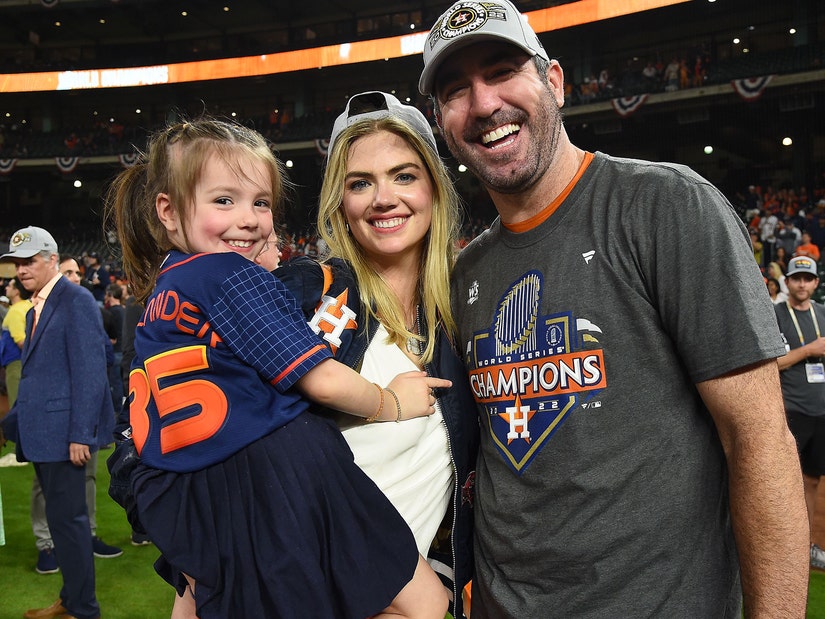 "When he's pitching, it's really so creative, such an art, and we are so honored."

Kate Upton and Justin Verlander are marking his newest victory with their daughter Genevieve.

Upon winning this year's World Series with the Houston Astros, the pitcher celebrated the momentous occasion with his family on Saturday.

Upton and Verlander's now 4-year-old daughter was caught smiling from ear-to-ear, the parents revealed Genevieve's face for the first time after blurring her image on social media since her birth.

In an interview with FOX Sports, the 30-year-old model opened up about the emotional journey it took to support her husband through his world series victory.

"It's all an incredible experience," Upton gushed, "Having Justin home and being able to be together as a family is so amazing, and then to go to the exact extreme and be here at the World Series and then win is just so exciting and so worth it. We miss him every time he goes away."

Though she admitted that "this is the most we get to see him," Kate shared that watching Verlander leave it all out on the baseball field was more than worth his hectic schedule.

Back in 2017, the couple tied the knot just a few days after he won the World Series with the Houston Astros following his trade with his former team the Detroit Tigers.

The following year, Upton and Verlander welcomed Genevieve in November 2018.

Last week, Upton took to Instagram to mark the occasion of their five year anniversary with a series of photos that included a snap from their wedding day.

"5 years down… forever to go! Life with you never gets old. I love you @justinverlander," she captioned the post. "Happy Anniversary! ❤️❤️❤️❤️❤️."