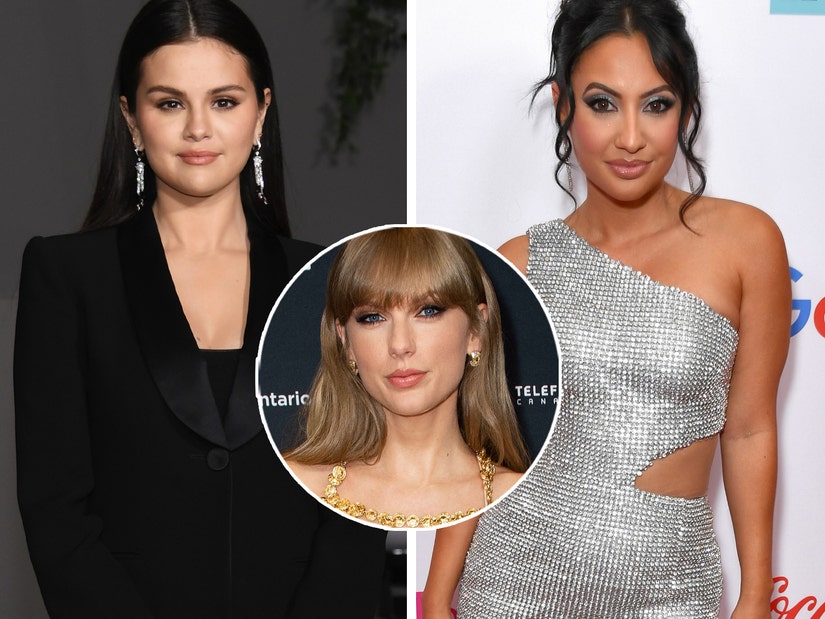 "My only friend in the industry really is Taylor [Swift]," said Gomez, getting quite the response from her kidney donor.

While promoting her new documentary "My Mind & Me," Selena Gomez seemingly caused some drama between herself and longtime friend Francia Raisa.

Last week, Rolling Stone dropped a profile on the singer in which she said she "never fit in with a cool group of girls that were celebrities" and added that her "only friend in the industry really is Taylor [Swift]."

Seems someone may have felt left out.

Selena Gomez’s kidney donor Francia Raisa reportedly reacted to her saying that Taylor Swift is her only real friend in the [music] industry:

On Sunday, one TikTok user broke down the drama in a new video, pointing out how Raisa donated her kidney to Selena in 2017 but wasn't mentioned at all in the documentary.

"Sorry I didn't mention every person I know," Gomez commented on the video.

"There aren't words to describe how I can possibly thank my beautiful friend Francia Raisa," she wrote at the time. "She gave me the ultimate gift and sacrifice by donating her kidney to me. I am incredibly blessed. I love you so much sis."

The two later did an interview together on "TODAY" in which they revealed they were roommates at the time and Francia volunteered to be her donor without hesitation.

"She volunteered and did it," Gomez explained. "Let alone somebody wanting to volunteer, it is incredibly difficult to find a match. That fact that she was a match, I mean, that's unbelievable. That's not real."