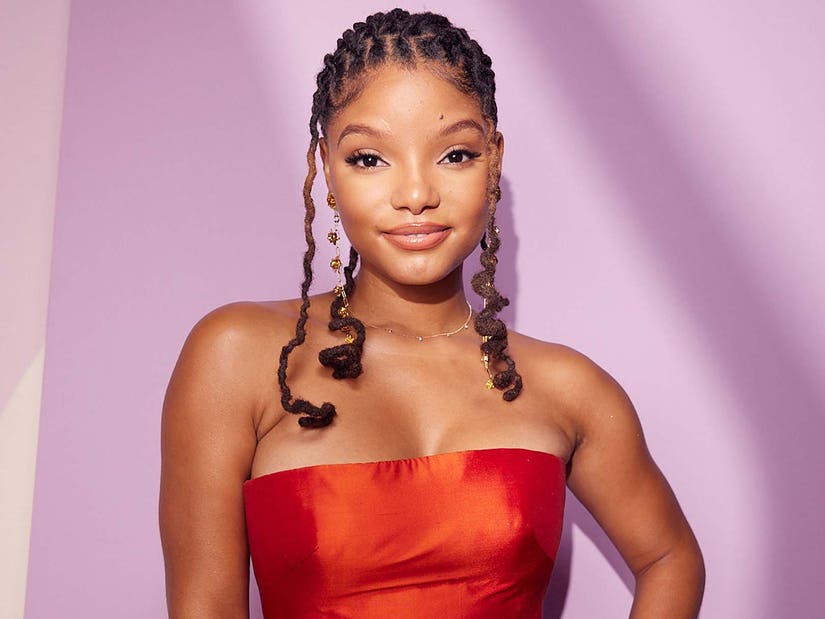 It was signed "your young Latina female Delta pilot."

Halle Bailey got emotional after receiving a sweet message from the pilot on a recent flight.

Since landing the coveted role of Ariel in the upcoming live action remake of the "Little Mermaid," the 22-year-old actress has received racially charged backlash for her casting.

However, many Disney fans have praised the entertainment giant’s casting decision which will also give a new generation of young girls greater representation.

One of those fans included Bailey's pilot on a recent Delta flight who sent her a handwritten message that reduced the "Grownish" star to tears.

You’re giving so many little girls wings. Thank you for letting us be part of your world 🫶

Halle posted a snap of the letter on her Instagram Story where she shared that the note had brought "real tears" to her eyes.

"It is an honor to have you on board today," the letter began. "Thank you for being an inspiration to little brown girls all over the world like we were a few years ago."

She concluded her message by signing, "your young Latina female Delta pilot."

Bailey further memorialized the sweet gesture by posting the photo to Twitter to which the official account for the airline replied, "You're giving so many little girls wings. Thank you for letting us be part of your world."

Back in July 2019, Disney first announced Halle would be cast as the live action Ariel.

"After an extensive search, it was abundantly clear that Halle possesses that rare combination of spirit, heart, youth, innocence and substance — plus a glorious singing voice — all intrinsic qualities necessary to play this iconic role," director Rob Marshall revealed in a statement.

Although many were ecstatic about Disney's casting choice, some took to Twitter to start a social media campaign titled "#NotMyAriel" to have the Mouse House recast the role with a white actress who would more closely depict the appearance of the cartoon mermaid in the original 1989 animated film.

In an interview with Variety back in August, Halle said that she hopes Black and brown girls will be able to see themselves through her when she graces the big screen to portray the iconic role.